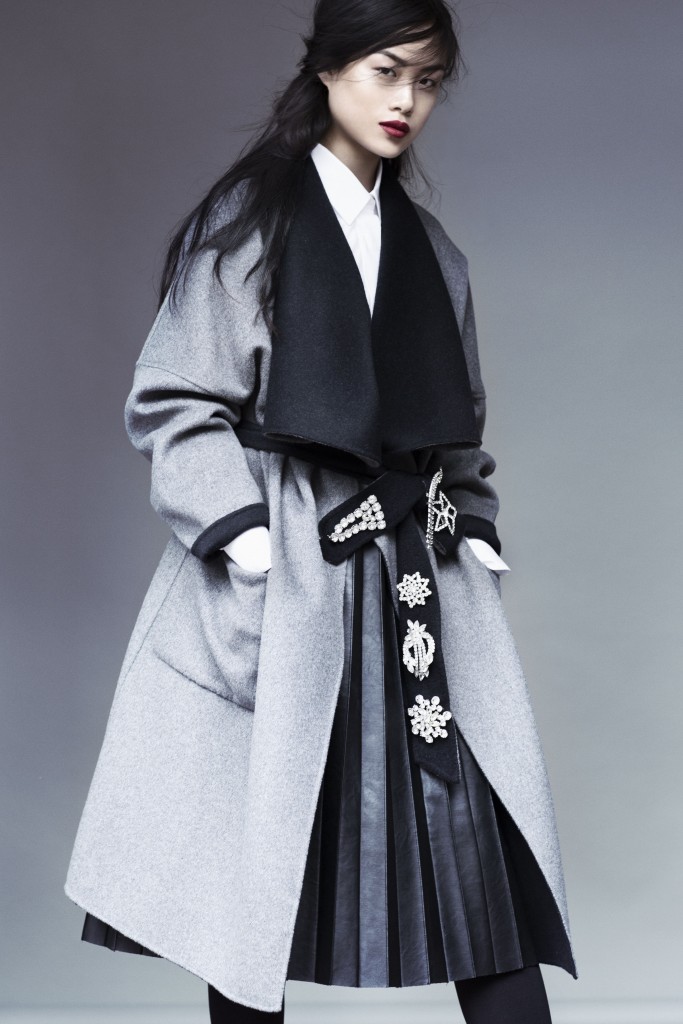 That’s something that 23-year-old model Vanessa Lee set out to prove in a personal video project featuring friends and colleagues—namely other models. Armed with only an iPhone and a tripod, Lee films her friends preparing their favorite dishes. Capturing every moment from her arrival in their homes through the entire cooking process until it’s time to eat, Lee hopes to give viewers a window into an aspect of models’ lives that most people don’t see (or think of) for what it really is.

The idea for the video series stemmed from her biweekly potluck dinners with her friends. Of course, Lee recognizes that a model’s relationship with food is a highly significant one; it’s inescapable that their careers are image-driven. Still, models aren’t restricted to the foods that people may expect. It’s far more than just salads.

Lee points out that growing up in an Asian family, she had meat or other proteins and grains with every meal. “Especially being in New York, I would never choose salad over anything else,” she says. “Now I’ve become more conscious about eating healthy, but I definitely like to mix it up—I eat anything people cook.” And that includes meals whipped up by her vegan friends, who “show you can cook healthy foods in a creative way,” she says.

First and foremost a model, Lee didn’t have any production skills at the start. But determined to accomplish her new project, she started waking up earlier to teach herself how to edit and format the videos that she shot.

Since the launch of her series, she’s branched out to featuring friends in other industries. “You end up having this eclectic group of people that is always changing,” Lee says. More importantly, she hopes these videos will show a much more accurate picture of the reality that models—and young professionals generally—live in today.

“I naturally gravitate toward content in which you’re humanizing people who are not necessarily humanized,” Lee says. “People have responded really, really well.”