Engaging the AAPI community with Asian Texans for Justice 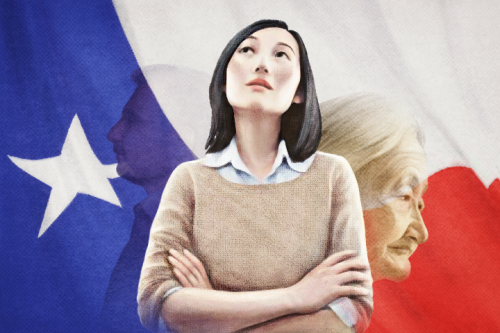 Living in Texas for most of my life, I’ve had my share of conversations about the state’s politics. It’s easy to view voting in Texas as unchanging — older, conservative-leaning — when it’s all you’ve known. Even when it comes to the Asian American Pacific Islander community, these same assumptions apply, except we’re also uninterested and unmotivated to vote.

Despite those assumptions about AAPI voters in Texas, the numbers from a new report produced by Asian Texans for Justice, or ATJ, suggest a different picture. For one, 64 percent of AAPIs in the state are highly motivated to vote in the upcoming midterms — and only 20% of the group believe their interests are well represented in government. But some of the most interesting and surprising findings come from the political affiliations. One stat, in particular, shows 29 percent of AAPIs in Texas identify as Republicans, 29 percent as Independent, and a majority as Democrats at 49 percent.

These findings are all part of ATJ’s first report, “The Deciding Margin: How AAPI Voters Will Shape the Future of Texas.” For the report, 2,700 likely Texas voters were surveyed, including an oversample of those in the AAPI community, to understand the diversity within the population, as well as political views and policy preferences.

In looking at issues such as gun reform and abortion rights, AAPI Republicans skewed more left-leaning. While the most important policy issues for AAPI voters in Texas include economic recovery and education, 77 percent of AAPI Texans support legalizing abortion, while 83 percent favor gun safety legislation, and 85 percent approve of laws for more convenient voting.

“One of the misnomers about Texas is that it’s a really conservative state,” ATJ’s Founding President Ashley Cheng mentions. “But one of the issues is that we really do have a lot of barriers to voting. The report even reflected that there’s a high percentage of AAPIs who don’t necessarily think that we have enough language access and government services, including voting.”

Cheng remembers how recently, she found out a cousin of hers wasn’t registered to vote. “It was literally the last day to register and I got out of bed at 11:35 p.m. to help her turn in her voter registration.” But not everyone is that lucky. While reminders went viral on TikTok to check registration after many were purged from the system, one Asian Texan friend tells me that he isn’t planning to vote because he didn’t have access to a voter registration table. “I couldn’t remember to register,” he says.

A Grassroots Movement for Asian Americans in Texas

In April 2021, a group of grassroots organizers based in Austin hosted one of the largest Stop Asian Hate rallies in the nation. Seeing the support for the event inspired cofounders Cheng and Lily Trieu to lay the foundation for ATJ a few months later. While the two were active in advocacy spaces and organizations in Texas, they often found themselves as one of the few Asians showing up. Many other communities could find representation through already established organizations.

“There wasn’t a specific voice for us,” Cheng recalls. But through ATJ, she and the team aim to address that through their mission of advocacy — by claiming space for and providing ways to connect people to meaningful civic action in the AAPI community.

For ATJ, the past year has come at full force, particularly leading up to the midterm elections. In preparation, the team is working with local AAPI organizations to offer services from voter registration to transportation, conducting direct outreach to communities, and creating in-language resources. With over 1.9 million in the AAPI population in Texas, meaningful data at the local level was previously difficult to find. But with the new report, ATJ hopes to change that.

Moreover, the report was conducted to start the conversation around the need for disaggregated data. Part of the report includes a breakdown of AAPI demographics in Texas, including languages spoken and the variety of cultures encompassed in the community.

“One of the things we hope to do is use this report as a tool to go to the next legislative session and be able to advocate as an organization for more disaggregated data — to show its importance when it comes to legislation, resources, and how state agencies are actually collecting information about individuals,“ Cheng explains. It’s always a challenge when working with a community that encompasses so much diversity. While there’s always more that can be done around data disaggregation, in future versions of the report, ATJ hopes to look into large enough sample sizes to be able to understand the specifics of various identities across the AAPI spectrum and their policy preferences.

When it comes to policy issues, AAPI Texans share more commonalities with other communities of color than with white Texans. For Cheng, as an organizer and advocate in Texas, this takeaway wasn’t necessarily as surprising. “You see that there’s organizations already out there, led by communities of color, who’ve been doing this work for a really long time,” she says. “In any community, the best way to start out is to just show up and listen to what’s going on. Uplift and support their work, see where there’s common ground on a local level and how organizations and individuals can support one another across communities of color.”

Specifically for the 2022 Midterms and 88th Texas Legislature, among Texan AAPIs…

But perhaps this discovery has more to do with the changing demographics of AAPI voters, as the fastest growing ethnic group in the nation and state — and in the latter, the youngest. The report finds that 29 percent of Texan AAPI voters fall into the 18 through 34 age range, with 40 percent between the ages of 35 and 49, and 30 percent being 50 and above.

For ATJ, this is probably one of the most important discoveries, as the organization focuses largely on nurturing and supporting young AAPIs through civic engagement fellowships and summer leadership trainings. Their latest fellowship cohort advocated for Asian American ethnic studies and more inclusivity in the statewide social studies curriculum at the State Board of Education.

“We created this report because we wanted to make sure as advocates that we were really rooting our advocacy in actual data on what we know Asian Texans want,” Cheng says. “There’s a lot ahead of us in getting this report in the hands of all candidates and political parties so that they understand the nuances of our communities and prioritize them throughout this campaign season.”

Moving the Report Into Action

In a broader sense, though, the main conclusion for the report is that AAPIs in Texas can be the deciding margin in the upcoming midterm elections. “We’re a community that is often taken for granted by all political parties, really. And we’re seeing that elected leaders across parties are just starting to appreciate our voices and our votes,” Cheng says. She cites Democratic gubernatorial candidate Beto O’Rourke’s recent rally in Houston’s Asiatown. “I hope that folks will continue to not take our voices for granted, show up for the community, and listen as well. It’s one thing to host a rally and want to get people’s votes. It’s another thing to show up genuinely, listen to the needs, and as soon as folks are in elected office, make sure that you’re actually following up and enacting policy that impacts our communities directly.”

So, with only a few weeks until Election Day, what should AAPI voters in Texas keep in mind?

Cheng urges the community to keep one phone number handy and share it widely: 888-API-VOTE (888-274-8683). Because Texas has a long (and continuing) history of voter suppression, the number leads to a voter protection hotline operated in partnership with the Texas Civil Rights Project and other organizations. Offered in multiple languages (including Mandarin, Cantonese, Vietnamese, Korean, Tagalog, Urdu, Hindi, and Bengali), the line allows anyone to call with issues or questions around voting.

As a final thought, Cheng offers: “Don’t make assumptions that people have the information they need to vote. I think there’s a general collective trauma and exhaustion lingering from so much political turmoil over the last few years. People might be a little more disconnected than they would be, so if you have information, don’t take any of that for granted.”

It’s especially important during a midterm, she continues, when people may not know who their statewide candidates are down the ballot and many seats are on the line, including school boards. On their website, ATJ also provides voting resources, including voters guides in English, Vietnamese, and Chinese for the Greater Houston, Central Texas, and Dallas Fort Worth areas.

“It’s a lot,” Cheng laughs. The team has worked hard in the past few months and especially in these last few weeks — but there’s even more to look forward to.

For voters in Texas, early voting begins October 24 and goes through November 5. You can find more voting resources, including guides in different languages, on the Asian Texans for Justice website.

If you have any questions or issues with voting, call 888-API-VOTE. The election protection hotline offers multiple languages such as Mandarin, Cantonese, Vietnamese, Korean, Tagalog, Urdu, Hindi, and Bengali.