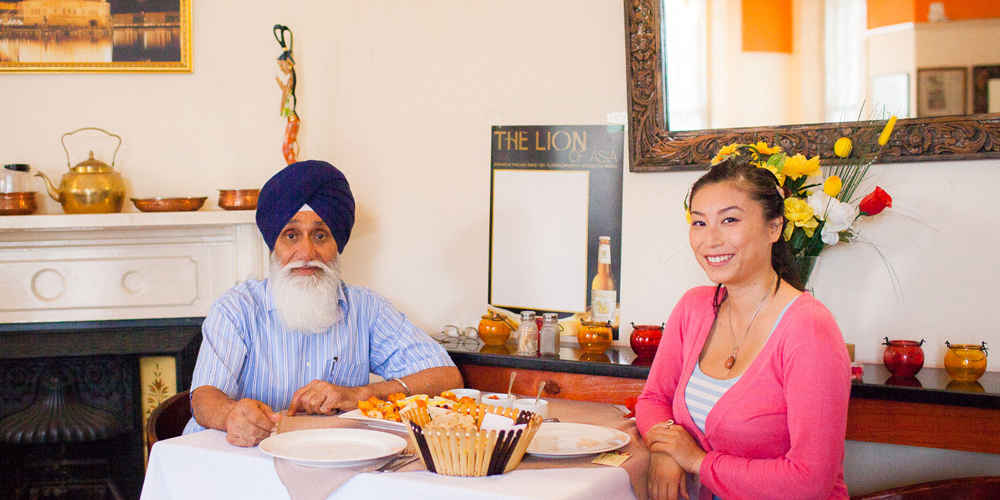 Jaswant Singh, owner of Tandoor – India’s Clay Oven, graciously invites me to see how naan bread is made at his restaurant. One of his chefs, Shiv Kumar, pats the dough flat and slaps it onto the side of the tandoor, the traditional Indian clay oven. The naan doesn’t need to be flipped over because the oven’s cylindrical shape heats evenly from all sides, and when the dough has finally cooked all the way through, skewers are used dexterously to remove the bread (and prevent it from plummeting below into the hot coals). Butter is slathered on immediately. The result is an abundance of soft, delicious warmth that quickly disappears in my mouth.

While this experience was distinctive, it probably wouldn’t be uncommon in a major U.S. city like New York or Los Angeles, where I live, but my culinary adventure actually takes place all the way in colonial Pietermaritzburg, a small town in the KwaZulu-Natal region of South Africa. Pietermaritzburg’s population is 8% Indian, in comparison to NY’s 3% or LA’s 1%, according to latest governmental censuses. Its neighbor Durban has an even denser Indian population of over 24% — and Indian food in Durban has evolved into a culture of its own, where “Durban curry” is synonymous with extreme spiciness. (As in, I once ordered a “mild” chicken korma from a place called J’s Tikka & Kebab and I involuntarily started crying halfway through my meal.)

So when I meet Singh in Pietermaritzburg on a trip to visit my in-laws, I wasn’t expecting to find an Indian restaurant that was so reminiscent of places I enjoy back home.

Because Singh only emigrated here from India in 1998, he doesn’t share the same penchant for the searingly spicy flavors as the South African Indians do. In this sense, his restaurant is more authentically Punjabi; the anti-Indian immigration policies during apartheid, he believes, had cut off South African Indians from their homeland and evolved their culinary customs over time. 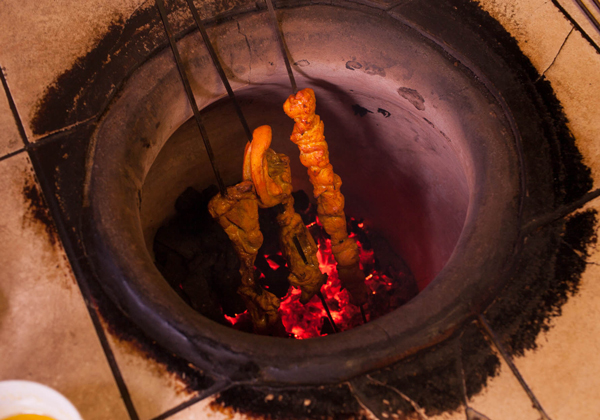 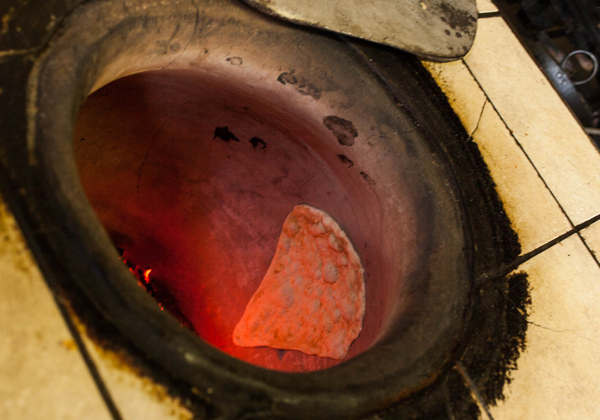 Singh, who’s from the Punjab city of Ludhiana, originally moved to Pietermaritzburg to work in the textile industry. While he fell in love with the city’s small town feel, he was dismayed at how difficult it was to find an authentic Punjabi restaurant in the area. Once he retired, he opened Tandoor to share the comfort and love of food from back home with his new countrymen.

Singh goes through extraordinary lengths to reproduce dishes from his hometown authentically. Every aspect of his restaurant has been produced in India and shipped over to South Africa, from the spices to the tandoor to the signage outside his establishment. Even his two chefs have been “imported” from the Punjab region.

Some of the menu items he proudly promotes include: Amritsari naan, named after the city with the Golden Temple, a beautiful golden structure that is a holy place of worship for Sikhs; stuffed paratha, a potato dish that Singh’s wife regularly makes him for breakfast; and masala tea, which has a mixture of spices including cinnamon and clove. Customer favorites include lassi drinks, butter chicken and chicken korma.

Singh is firm on keeping everything authentic, but it’s clear from his tone that he takes great joy in doing so. His restaurant’s growing popularity in small Pietermaritzburg is testament that his authentic way of Punjabi food preparation works just as well among local South African Indian palates. And as I delve into a piece of my freshly prepared chicken tikka, tenderly juicy and a perfect concoction of flavors, I’d have to agree. As an Asian American enjoying authentic Asian cuisine in the African continent, I’m filled with comfort and mirth knowing that I’m able to find a little piece of home anywhere in the world. It makes me feel that the world is truly connected.