The New Twilight? What Inspired YA Novelist Lydia Kang’s Control 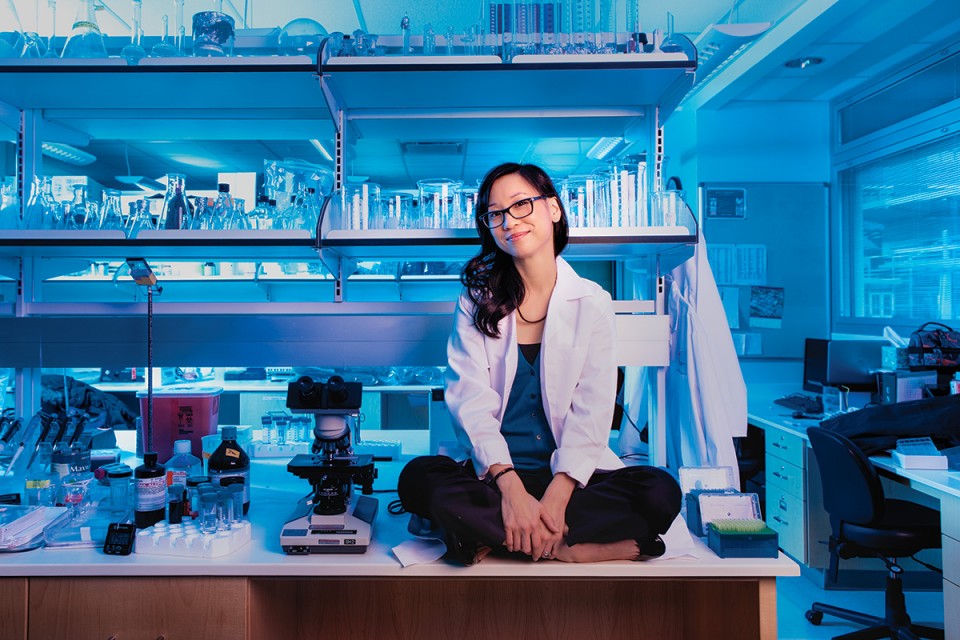 “Somewhat small, but yet deceptively strong. Sort of like an ant,” describes author Lydia Kang about herself in her Goodreads profile.
A part-time doctor, Lydia Kang can now also add young adult fiction writer to her already impressive resume. Her book, Control, debuted late last December. It is a science-fiction novel about a young woman named Zelia, who overcomes her father’s death, her sister’s kidnapping, and meets a group of misfit teens that the government is out to get.

But Kang didn’t start her career thinking she would end up writing young adult fiction. “I never really thought I could write,” Kang admits. She says writing wasn’t easy for her in high school and in college. She had always loved science and decided to go to medical school. Kang took a writing class in her sophomore year of college, but did not think too much of it until she became an attending physician and began to have intense interactions with patients.

“I felt like I had to put it out somewhere,” she says. “One night, I wrote about a patient, submitted it to a medical journal, and it got accepted. This sparked an interest in me, and I thought maybe I could write.”

Writing is not the same as learning chemistry; it’s not a one-time thing that is mastered when done, Kang learned. Kang wrote more, wanting to get published in a traditional way with an agent, but she sometimes felt discouraged when she received rejection letters.

However, after a few writing seminars and a couple of “practice” novels, she wrote the first draft for Control, signing with an agent in 2011. A couple weeks later, Control was picked up by Penguin. The idea for Control came from two different ideas.

“One was that there were paranormal novels like Twilight and mythology stuff and so many great stories. But the one thing that bothered me was why do these people have the powers?” Kang explains. “This geeky part of me asked what the molecular biology behind this was. This has to be grounded in some science.”

The second idea hatched from some intense board examination studying. While going over material about human regulation of breathing, Kang reviewed an obscure disorder called Ondine’s Curse, which makes someone unable to regulate their breathing unless they thought about it consciously. Breathing is something that normal humans don’t have to be thinking about all the time.

“It’s heartbreaking, having to think about something as simple as breathing all the time,” Kang says. So Kang created a cast of characters with mutations and tied everything up into a romance, adventure, and action-filled novel.

Kang says she is experiencing some “trilogy exhaustion,” however, and is taking a fun break by working on a fantasy involving dragons in a multicultural Indo-Asian world. You can purchase Control here.