How One Budding Pastry Lover Rose through NYC’s Restaurant Ranks 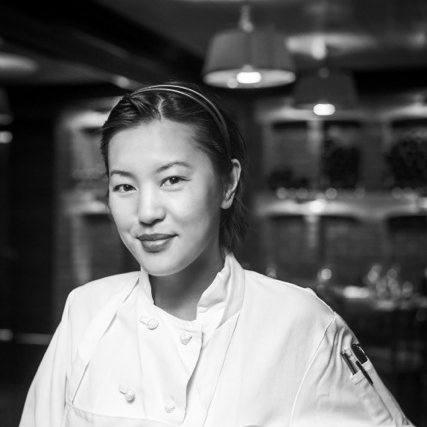 Jennifer Yee has always had a creative flair. A master pastry chef, Yee can elevate desserts like a Baked Alaska or an eclair into elegant, detailed works of art. From the beginning, it seemed natural: “I always was really drawn to cooking and baking at home and making things for friends,” she says.

In high school, Yee discovered that pastry arts was a legitimate career path, and realized that was what she ultimately wanted to pursue. “But my parents steered me away from that—they wanted me to get at least a four-year degree,” she says. “I studied interior architecture, which was another interest of mine at the time.”

So it wasn’t until after Yee graduated from San Jose State University and moved to San Francisco that she finally jumped into the restaurant world, as a pastry plater in the evenings. “I really got my first taste of restaurant life working nights, weekends, and holidays,” she says. “The schedule didn’t bother me. I loved it and loved what I was doing.”

After researching culinary schools, she settled on Le Cordon Bleu in London and earned her Grand Diplôme de Pâtisserie, a certificate comparable to those offered stateside by New York City’s best culinary programs. “I thought school was going to be more intense and rigorous,” she says of her training. “School was three days a week. I worked the rest of the week. Some days I did both.”

Upon graduation, Yee worked as a junior chef at Gordon Ramsay’s restaurant in London before moving back to the U.S. in 2006. Since then, she’s been recognized as an Outstanding Pastry Chef semifinalist for the highly regarded James Beard Foundation awards, and was named one of five Best New Pastry Chefs of 2014 by Food & Winemagazine. These days, you’ll find her at Andrew Carmellini’s restaurant Lafayette in New York City, where she is the executive pastry chef.

To those interested in following in her footsteps, Yee recommends working in the industry first before going to school. “Make sure that’s the environment you want to be in—school is an investment, and you want to make sure you’re investing in something you really want to do on a day-to-day basis.”

And once you get started, it takes patience and a great attitude. Yee said that it wasn’t until last year that she felt like she started to really hit her stride—and even that came with its own challenges. “There are obvious growing pains: managing teams, creating menus, keeping the team interested and stimulated, and trying to figure out good food—all with just a few years of experience,” she says.

But what keeps Yee on track is maintaining a clear and positive mindset throughout her busy days. “I worked with David Carmichael at Gilt, and what I’ve always appreciated is his attitude in the kitchen—it’s what I have carried with me most into my own chef career,” she says. His mantra? “The more positive you are, the longer you can do what you do.”