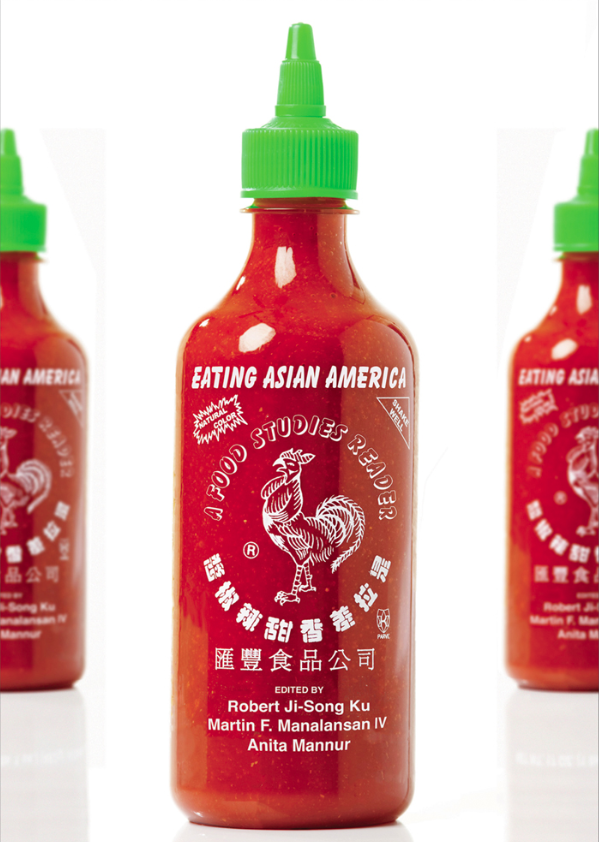 The latest hot model to grace the covers of NYU Press’s new book, Eating Asian America, isn’t Liu Wen but a sriracha bottle—curves, spice, and all. On Thursday, October 24, the Asian/Pacific/American Institute at NYU celebrated the launch of the new book, Eating Asian America, a food studies reader that delves deep into the consumption of Asian American cuisine.
The book’s editors, Robert Ji-Sing Ku, Martin F. Manalansan, and Anita Mannur teamed up with contributors, Nina Ichikawa, Heidi Kim, and Zohra Sed to speak about what their book has to offer. Eating Asian America is a celebration of Asian American cuisine with mentions of soy sauce, adobo, kimchee, curry, Sheepshead Bay halal meat stores, and Asian hipster food trucks.

But in this discussion, moderated by Krishnedu Ray, NYU’s Nutrition, Food Studies & Public Health Department chair, I realized that the book is so much more than just an awakening of our taste buds. There is a well-deserved exploration of racial, ethnic, and gender inequalities that persist in the production and distribution of Asian American foods.

Manalansan had a student who “hated the smell of sugar” after living above a Cambodian donut shop for almost all his life. A donut shop conjures up memories of Cambodian workers who were refugees and escaped political instability and genocide in their homeland.

From Ichikawa’s unheard stories of Asian farmers and retailers to Kim’s discussion of mess halls in Japanese internment camps that broke apart family traditions, we discover that Eating Asian America is not just a celebration of eating, but also a well-deserved anthology of immigrant histories and cultures inscribed in Asian American food.