Mochi Magazine conducted a survey on the past election cycle from December 7 to 19, 2016. 317 Asian Americans, ages 14-68, participated. Here, highlights from the results: 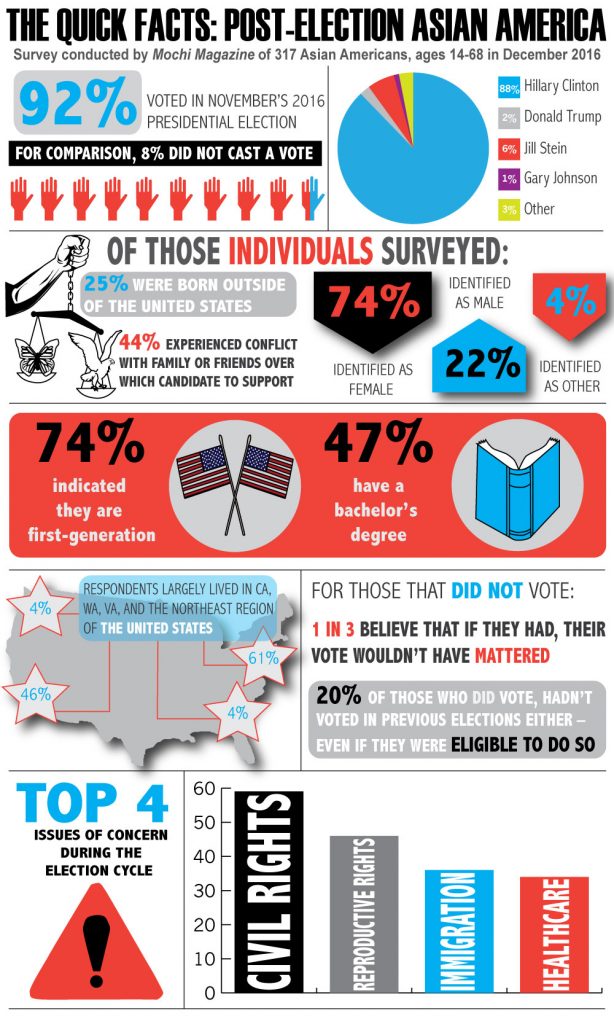 For comparison, 8% did not cast a vote. (Why Asian Americans Aren’t Voting)

Of those individuals surveyed:

Respondents largely lived in CA, WA, VA, and the Northeast region of the United States.

For those that did not vote:

1 in 3 believe that if they had, their vote wouldn’t have mattered.

20% of those who did vote hadn’t voted in previous elections either – even if they were eligible to do so.

Top 4 issues of concern during the election cycle:

See our full report on the Asian American perspective for these issues here.