Home PoliticsNadya Okamoto is Shifting the Menstrual Conversation, One Period at a Time 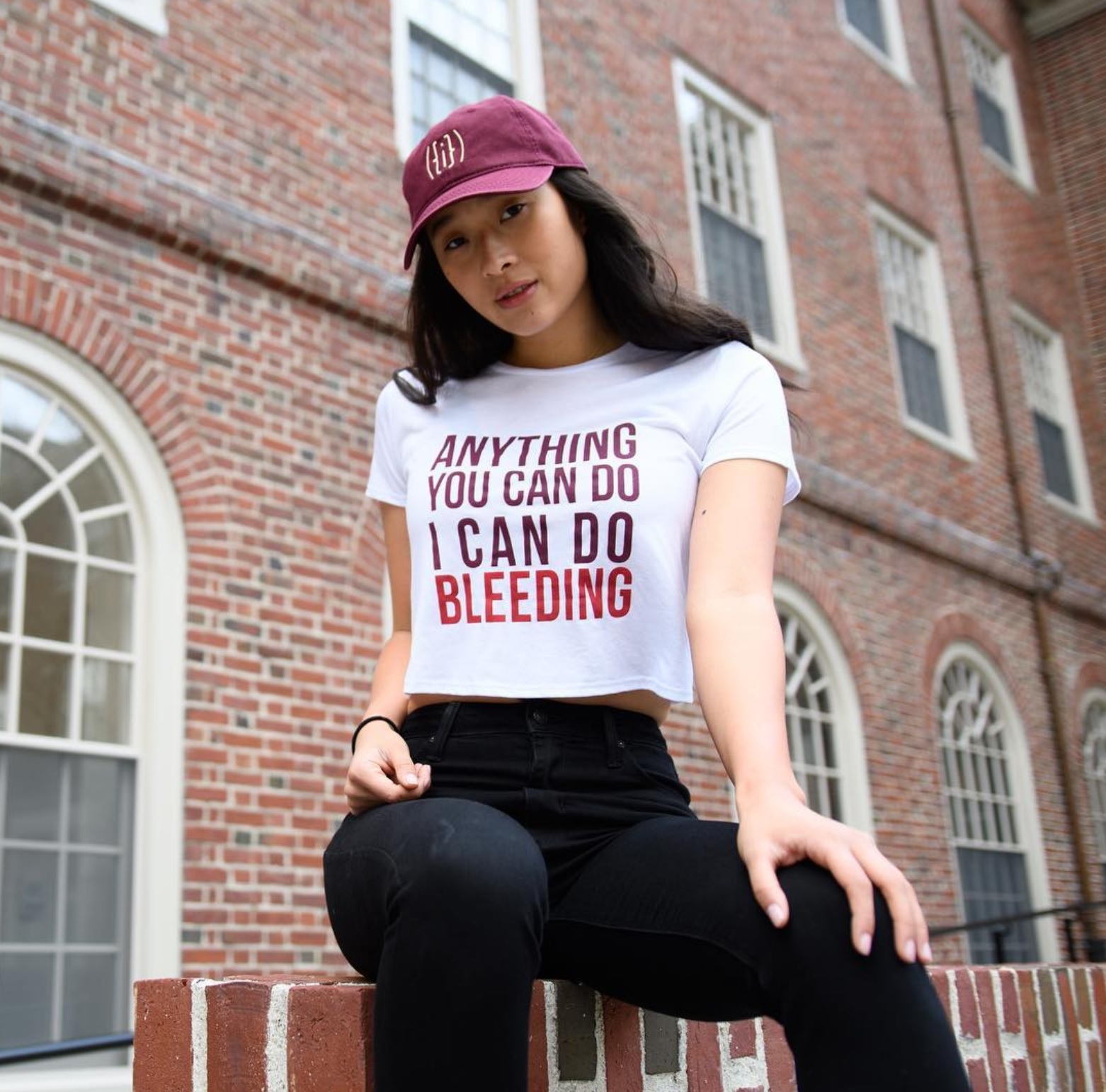 Not many 19-year-olds can boast that they were the youngest candidate to run for Cambridge City Council or that they co-founded a non-profit organization that advocates for more equal access to menstrual hygiene products. Harvard sophomore Nadya Okamoto can, but she remains humble about her achievements.

Okamoto, who has served as Period’s co-founder and executive director since 2014, calls herself a “menstruator,” a term used to express the separation between menstruation and gender, encompassing the various identities of individuals who menstruate. She organized Period Con, the first-ever public convention dedicated to menstruation; has given an impressive Ted Talk; and has performed countless advocacy speeches about the right to menstrual care.

Okamoto’s connection to the period space is highly personal. She was inspired to launch Period after she and her family lost their home when she was 15. Her interactions with women from the local homeless shelter provided a glimpse into the underpublicized struggles that homeless menstruators encounter daily.

“Homeless women were using everything from toilet paper and paper bags to socks and pieces of cardboard to maintain their periods,” she says.

Moved by this lack of access to what many would consider a basic human necessity, Okamoto began her research on period politics from both a domestic and global standpoint. “The tampon tax exists because menstrual hygiene products are not considered to be a necessity in this country,” she says. She references how a long list of health and personal care necessities that are exempt from sales tax excludes tampons in most U.S. states—meaning people continue to pay sales tax on common hygiene items.

While menstrual health rarely comes up in discussions about economic equity or education, it’s actually a key component. “On a global level, periods are the number one reason why girls miss school in developing countries,” Okamoto says.

She expands on these issues during her aforementioned 2016 Ted Talk: “Menstrual health not only keeps girls in school, but also delays childbirth, as girls are considered to be marriage material when they have their period. When you think about sustainable development or breaking the cycle of poverty, a lot of it has to do with education equality, family planning, and economic opportunity… Menstrual health plays such a key role in global development and is so intersectional.”

Initially, openly discussing menstruation was difficult for Okamoto. Although her mother and sister were very open about the topic, Okamoto’s grandmother warned her about discussing periods in public. “This definitely helped me craft my message and have the confidence to talk about these issues publicly,” Okamoto reflects, pointing to her belief that encouraging people to have open conversations about periods leads to positive reform.

Okamoto’s racial identity played a strong role in her Cambridge City Council campaign. She was prompted to take ownership of her role as an Asian American in politics, a space where the Asian American community is often underrepresented. Politics and civic engagement weren’t frequent topics of discussion in the households of the Asian Americans who volunteered on Okamoto’s campaign team.

Although she didn’t win the election, Okamoto continues to be a champion for rectifying wealth inequality. She focused on housing affordability, education equity, and sustainability initiatives during her campaign—issues that are related to her mission at Period.

For other young Americans with political aspirations, Okamoto notes that age shouldn’t be a deterrent: “Telling me that I’m young just means that I was born in a more recent year than you were. It does not define anything. What I want you to consider is my personal and professional experience.”

And for Asian American women, specifically, Okamoto envisions a specific role in the menstrual movement. “We need to have Asian Americans just go for it. Especially Asian American women, as we are not always taught to be bold, demanding, out there, or even open about femininity or sexuality,” she says. “There’s a lot of shame surrounding adversity. We are often told not to talk about mental health, for example. I want to encourage Asian Americans to embrace their experiences and identities and to take action.”