Miss Hawaii and Miss Nebraska Speak Out on the Trump Controversy 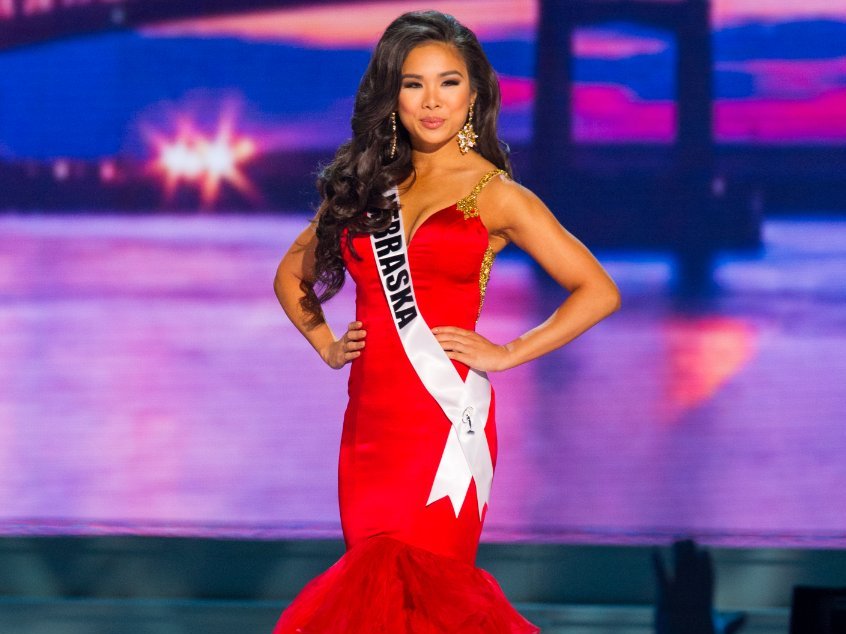 Presidential hopeful Donald Trump burned bridges with Miss USA partners and sponsors after calling undocumented Mexican immigrants “rapists” and “criminals”—a move that promoted the original lineup of hosts, broadcasting partner NBC, and a slew of sponsors to flee from the pageant.
But that hasn’t deterred Sunday’s contestants from looking forward to taking the stage. Mochi chatted with Miss Hawaii, Emma Wo, and Miss Nebraska, Hoang-Kim Cung, about the Trump controversy and the upcoming competition.

Nebraska’s Cung, a reporter and fill-in anchor who comes from a family of immigrants, said Trump’s blanket statements were “hurtful” and “inappropriate.” Nevertheless, she defended his First Amendment rights, saying she can understand why he felt the need to voice his opinions.”Free speech is why my parents came to this country,” she said.

With the pageant now being aired on Reelz and live streamed on MissUSA.com, has the vibe backstage changed at all?

“We all pulled together,” said Wp, adding that the “silver lining” is that more people are drawn to the competition now.

Besides, said Cung, it’s not all about the telecast but the year leading up to Sunday’s pageant.