Embracing My Cambodian Refugee Heritage When History Wants to Forget 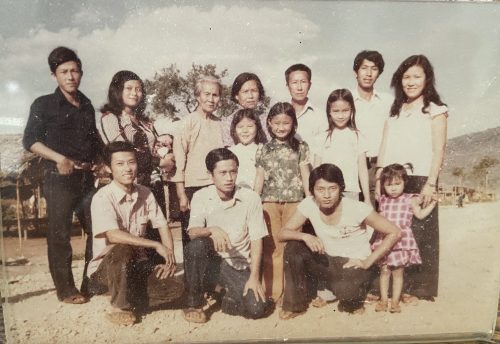 “But what am I really?” I asked my mother during my freshman year of college, repeating the trite question that I had been asked in countless Ubers. My family is ethnically Chinese, but my mother, aunts, uncles, and maternal grandparents were all born in Cambodia and survived the Khmer Rouge genocide and the Second and Third Indo-China Wars. (The Second Indo-China War is more commonly called the Vietnam War and sometimes the American War in Vietnam, but names matter). After two years in a refugee camp in Thailand, they fled to the U.S. in 1981, and over a decade later, my grandparents moved in with my parents in Texas and helped raise me. But even though I grew up in a refugee family, I never really questioned why all my bedtime stories involved war until I was an adult.

My mother ran her own Chinese restaurant from morning until midnight when I was a child. During the precious nights I would have with her, she told me stories about my grandfather’s heroism when he located my orphaned aunt during the war. She spoke of the tiny flower petals she would stick to her nails to mimic nail polish and of her joy the first time she held a pencil at age nine. More stories continued to unfold as I grew older. In college, I learned that I had a fourth uncle no one ever spoke about. He died during the war from sickness and starvation. Post-college, when I was home during the peak of the pandemic, I watched hours of YouTube streams of Cambodian markets with my grandmother and learned about all the delicious food she loved. My family’s history was composed of both happy and tragic memories that became intertwined with my everyday experiences and connected me to Cambodia.

But my Cambodian refugee heritage isn’t something you can see on me. It’s not visible in my appearance. It’s not in my last name (my father is from Hong Kong). Early in college, the invisibility of my Cambodian heritage made it easier just to tell people I was ethnically Chinese. In my freshman year, during introductions that felt like speed dating, I was tired of the awkward pauses and looks of pity or confusion that ensued after I mentioned my refugee heritage whenever background or culture came up. Back home, I grew up in a tight-knit family and spent most of my childhood weekends with my cousins, aunts, and uncles, many of whom were neighbors. I went to the same small school my entire life and felt known and loved by everyone. I was always proud of my heritage in my insular community but suddenly felt self-conscious about it as my world opened up. As a student on full financial aid who came from a small school, I felt intimidated and out of place when I left home. I started leaving out the Cambodian part of my identity, thinking it would make adjusting to my new environment easier. But ignoring my heritage just ended up making me feel more isolated.

My attempt to forget my family’s history and Cambodian peoples’ histories out of convenience wasn’t new. Cambodians were ignored by a nation. During the Second Indo-China War, the U.S. backed South Vietnamese forces and, as part of their campaign, secretly bombed Cambodia and Laos in the 1960s and 1970s. Nearly 110,000 tons of bombs were dropped on Cambodia alone. But in the aftermath, the U.S. government claimed in falsified reports that they were bombing smaller, supposedly “unpopulated” parts of Cambodia. Unpopulated? When I was nine years old, I found my grandmother sitting alone one night in our living room, wincing at each boom during a thunderstorm. “The thunder sounds like the bombs,” she whispered to me in Chinese. The devastation caused by U.S. bombings drove rural Cambodians to support the Khmer Rouge, the communist regime led by Pol Pot, which killed up to two million Cambodians, or roughly 20% of the Cambodian population, during its reign from 1975 to 1979.

All my life, I had grown up with my mother’s stories and saw the U.S. as my family’s savior. In my facile view of the world, communism threatened my family, and the U.S. took us in. This illusion was progressively shattered when I took my first courses on Asian American history, the sociology of immigration and refugees, and refugee literature. I started asking about the history from my aunts and uncles, who remembered both the Second Indo-China War and the Khmer Rouge genocide since my mother was too young to remember much before the U.S.-sponsored refugee camps. I learned about the broader history of the war and had my first reckoning with how the continuation of violence and colonialism by the U.S. government had contributed to the displacement of my family in the first place.

I was starting to see beyond America’s “rescue and liberation” narrative of saving Cambodian refugees. As strongly as I felt in my first year of college that I wanted to forget my heritage, I felt an even stronger motivation after these conversations to not just remember the history but to understand what an ethical memory of all the countries involved in the Indo-China Wars could look like. For me, contributing to an ethical memory means asserting how the war involved not just America and Vietnam but Cambodia, Laos, and the Hmong. It means challenging westernized frameworks that centralize narratives around the U.S. and trying to understand how the systems that caused my family to flee are continuing to affect people across the globe.

I’m still learning about my own relation to this history and reconciling this new critical perspective with the privilege I know my U.S. citizenship affords me. But over the last few years, I’ve been more open about my Cambodian heritage in the workplace not because I owe anyone an explanation or willingness to summarize the more vulnerable facets of my life, but for myself. Accepting and speaking about my Cambodian refugee heritage in the context of militarism and power is my tiny act of defiance towards history’s tendency to erase it. It’s personal and separate from the systemic change we need for refugees to thrive in this nation, but it feels like a small step in the right direction. 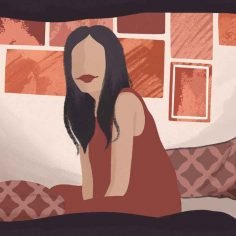 The Disposable Self: The Cost of College for an Asian American

What is the cost of college for an Asian American woman? My experience has taught me that it means forgoing...