Home LifestyleThe Making of a Foodie 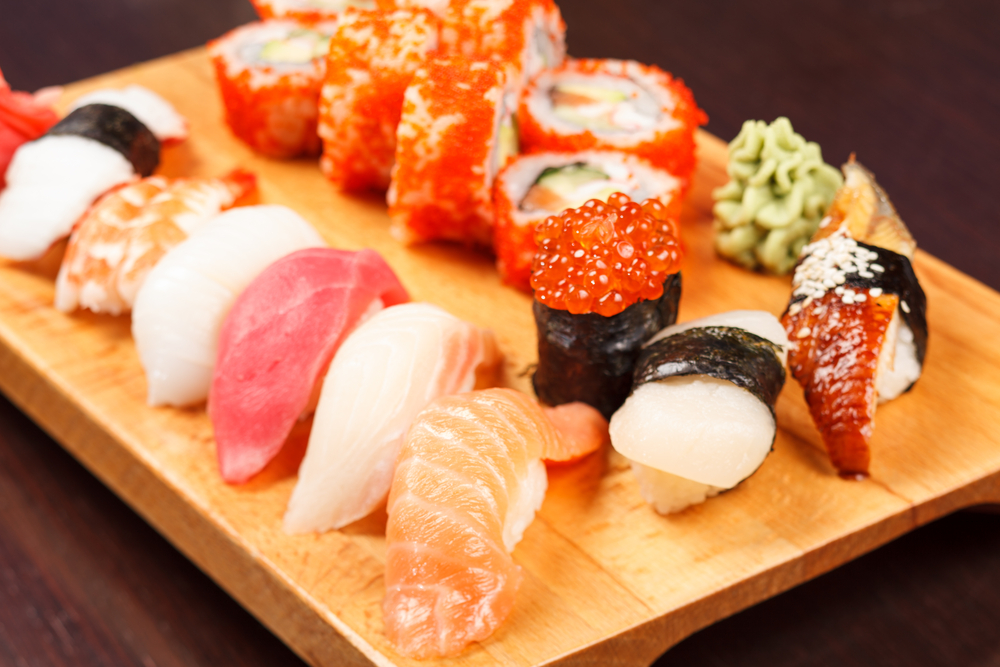 The ageless debate over “nature versus nurture” can be argued in various ways, as we question whether we become the person we are today because of our environment and upbringing or because of innate qualities determined by genetics.

I believe in both sides of the argument, since my path to becoming a self-declared “foodie” cannot simply be attributed to one or the other. I was lucky enough to grow up in the Bay Area of California, a food mecca full of fresh and delicious produce, seasoned and renowned chefs and culinary variety owing to the diverse population in the region. My parents also nurtured my love of food, always encouraging my sister and me to “try everything just once.” Simultaneously, I come from a long line of food lovers, leading me to believe my appreciation for all things culinary is somehow written into my genetic code.

My parents emigrated from Taiwan, so my childhood food memories range from the common—beef noodle soup and fried rice noodles—to what Travel Channel host Andrew Zimmern would boldly try on “Bizarre Foods,” like stinky tofu and fried intestines. I devoured everything: slimy sea cucumber, lu wei tripe and all types of foods that would make most people’s skin crawl. I eagerly looked forward to spending my vacations in Taipei. There, I could roam the night markets, enticed by aromas and sampling fare from different street stalls.

Despite working full-time jobs, my parents made sit-down dinners a requirement. Their emphasis on eating together is the reason why our nightly family dinners are my fondest childhood memories. To prepare our meals, my mom would go grocery shopping on the weekend, buying a week’s worth of produce and meat at both Ranch 99 and Safeway. The food she cooked highlighted my bicultural upbringing. Seasonal items, such as wild mushrooms, would be transformed into traditional Chinese dishes. When I create concoctions in my own kitchen now, I often pull recipes from memories of my mother’s cooking—miso-baked white fish, hot dog fried rice and steak stir-fried with asparagus.

Though my love of food began with an appreciation for Chinese cuisine influenced by my parents’ upbringing, my passion grew to encompass foods from different parts of the world. In the town I grew up in, I remember going to the annual summer street fairs, where booths are set up by downtown restaurants and neighborhood shops. Here, I tasted my first escargots. Piping hot and presented in a paper basket, I savored the tender texture of the snails, inhaling the combination of butter, garlic and herbs. Since then, I have developed a love affair with French food—the butter, the richness, the flavors—and consume French fare in any form possible. Julia Child’s memoirs only further influenced my lifetime dream of attending a Cordon Bleu course.

Exploring French cuisine opened the doors to discovering the culinary wonders of the European continent.  My parents, eager to satisfy their own passion, often took my sister and me to eat non-Chinese food. Occasionally, we would be treated to Italian food at the neighborhood Florentine’s. My sister, who was quite the picky eater at the time, would always order fettucine tossed in butter and sprinkled with Parmesan cheese. I, on the other hand, would systematically try something different each time.  I played with combinations of pastas (parpadalle being among my favorites) and sauces (anything with seafood or Italian sausage), discovering my favorites and opening up a new world of flavors. To this day, Italian food remains among my favorite standbys for a good meal.

As an expatriate, I have been fortunate enough to sample the culinary diversity China has to offer. In cosmopolitan Shanghai, I have had my fair share of sumptuous French, Italian, German, Japanese (the list goes on and on) and of course, Chinese cuisine. In fact, the city’s food scene reminds me again of the entire nature vs. nurture debate: In recent years, Shanghai has grown organically and economically, as businessman and immigrants from every corner of the world bring flavors, styles and thoughts from their home countries—adding to the natural ingredients and climate of the city. In this melting pot environment, it is only natural that my relationship with food has been and will continue to be further shaped and cultivated. I am excited to learn more about my own heritage by consuming culinary delicacies (spicy hot rabbit head, anyone?) and to continue to explore the world outside my own borders (who can resist fish flown straight from Japan and truffles fresh from France?).