You Nominated, We Listened: Readers Tell Us Their Self-Made Stories

Tejal Mankad: Breaking The Barriers Of Isolation
By Esther Suh 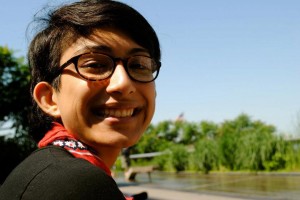 College is an opportunity for students to challenge who they are and find their interests. But for many students of color, feelings of misrepresentation and a lack of belonging often also fall into the mix. Tejal Mankad, now a senior at Smith College, was determined to make sure that her experiences were documented in the best way she knew how, through her love of film. And what started off as a film course assignment turned into a conversation starter within the Smith community, resonating with queer women of color.

In her short film, Mankad interviews five women on their experiences at Smith, who speak out on what It feels like to be fetishized by others or simply feel alone. While the project was based on her own struggles, Mankad believes that it has a much wider reach.

“I think [the film] is representative of larger issues that queer people face constantly. We have to deal not only with heteronormative society, but also with homonormative gay discourse.”

Though the film features the experiences of queer women of color, it’s meant to speak to anyone who’s ever felt judged by the color of her skin.

“It’s easy for a person of color to relate to the film in general. You don’t have to be queer in terms of your sexuality because we’re already marked as non-normative,” she says.

But perhaps there’s hope in the very fact that Mankad was able to share her thoughts in the first place.

“I’m really thankful to feel safe and able to voice my opinion and to lead this discussion,” she says. “I wouldn’t have these experiences without the community I have.”

From the positive response that she’s been getting, it seems like she’s well on her way to creating that support and camaraderie for others too.

Vienne Cheung: Building A Business From A Simple Idea
By Esther Suh 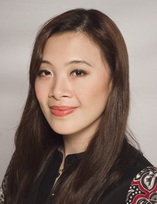 Is that an item that’s likely to come to mind when one thinks of fashion start-up? Probably not, but that doesn’t mean that the idea of hosiery as a staple in every woman’s closet is unfounded.

“A long time ago, mini-skirts and bikinis were considered crazy,” Cheung says. “Today, it is perceived as something that’s essential in every woman’s wardrobe.”

Cheung credits her love for fashion to moving from Hong Kong to Brookline, Massachusetts at six years old—that was when she noticed “drastic differences” in fashion styles and began to pay attention to what people wore. Her company came about because Cheung was frustrated about the hosiery selection at existing stores.

“On several occasions, everything I found was associated with a Halloween costume or lacked the essential feature of a silicone band,” she says. Ever the go-getter, she decided that instead of waiting for someone to come up with a product she needed, she would make it herself.

Since its inception, VienneMilano has caught the attention of publications like the Boston Herald. And over the past two years, Cheung has remained loyal to her goal of providing women with options for virtually every need. Her website features various colors and textures for any occasion, from a day at the office to the big wedding day.

“I could not have [created VienneMilano] without the support of my friends, family, and mentors,” she says, citing hard work, resilience, and humility as the reasons for her success. With such a winning combination of traits, we can’t wait to see what’s in store for her future.

Wai-Yant Li: Creating An Alternative Lifestyle to Be Comfortable In
By Kelly Fong 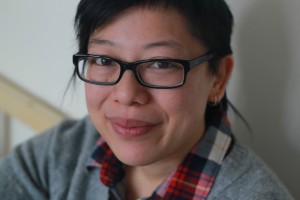 Living in a small, predominantly white town in Northern Quebec, Canada, Wai-Yant Li didn’t exactly fit in. Aside from being the only Asian in the area, Li is queer and genderqueer, preferring to be identified by the pronoun “they.” In other words, Li doesn’t believe in the male and female binary—and this wasn’t easy as a minority in a crowd of young Caucasians. Growing up in a hostile environment, Li was shy, extremely introverted, and socially awkward.

As a child, Li says, “These extra layers left me even more isolated and it was tough. I was verbally abused, was terrible in school, and ashamed to share any of these insecurities with anyone.”

But despite all the social difficulties, Li was and still is certain about one thing: art. After years of self-reflection, networking, and finding the right environment to work in, Li is now a full-time self-employed artist specializing in ceramic art, illustrations, and murals.

“Although I performed terribly academically, I was, luckily, quite creative, and eventually I was able to nourish that side of myself, slowly but surely.”

More importantly, rather than attempting to conform to social norms and expectations, Li created an alternative way of living, they loves anyone regardless of gender, works without the intention of making a profit, and strives to lend a hand to anyone who might need it.

“I now employ other aspiring artists who need a boost, too,” Li says, encouraging others to find their safe place, whether it’s with their friends or through their passion. “Just stay true to yourself—it’ll be worth it in the long run.”