The Strange Species of Pet Owners 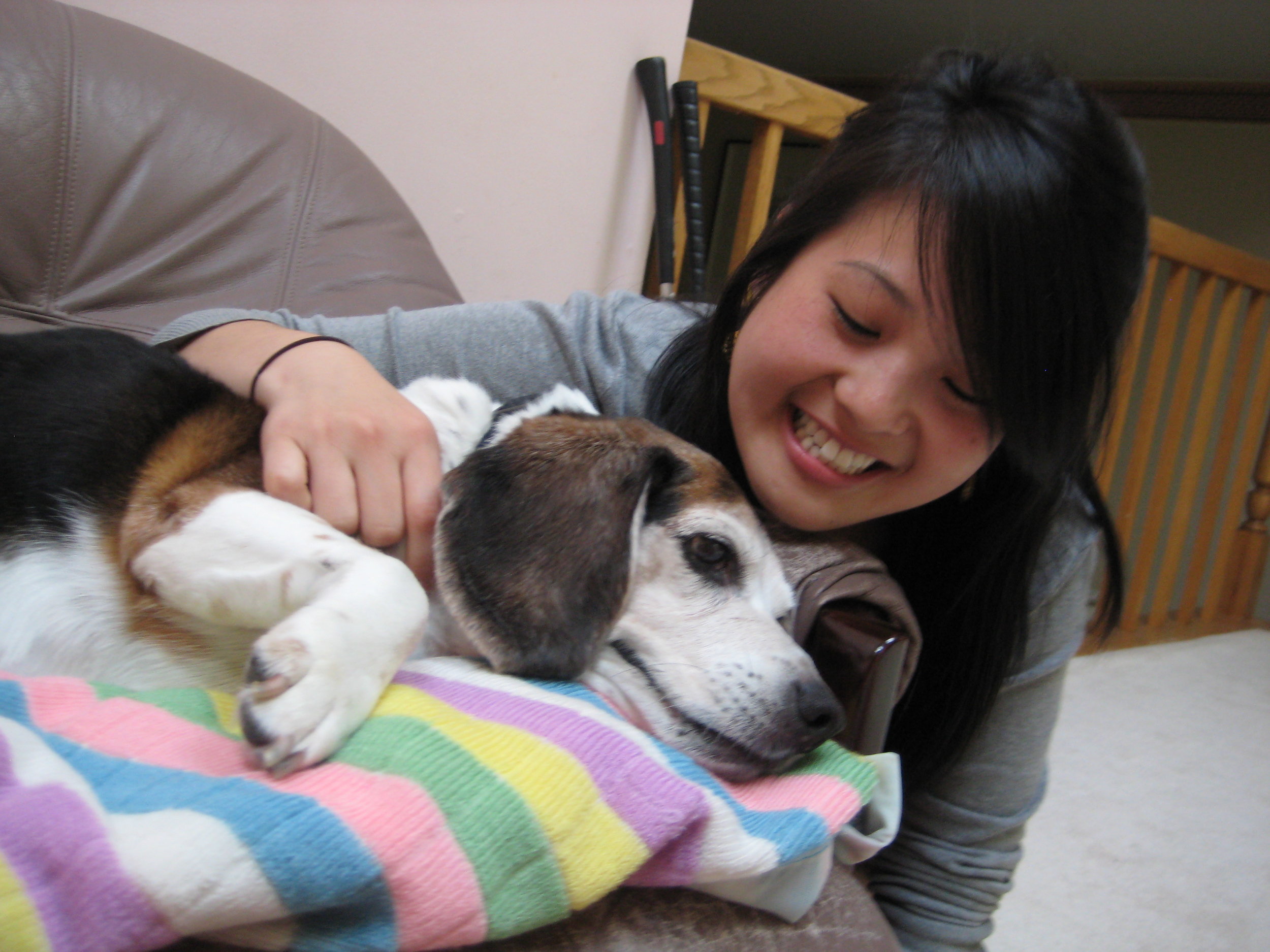 Photo of Linda and her pet beagle, Tootsie,  courtesy of Linda Hong

I’m in my apartment lying in bed reading a book when all of a sudden, I hear my roommate Linda shout, “I MISS TOOTSIE!” Who is Tootsie, you may ask? No, it’s not a nickname for her boyfriend or a weird fetish for Tootsie Roll candies. Rather, Tootsie is her sibling, her best friend, the love of her life – her pet beagle.

Aside from my amusement towards passionate pet owners, I can’t help but find it peculiar. Growing up pet-less, except for a brief time with some goldfish (R.I.P.), I’ve never felt a strong attachment to animals. When I tried to explain my confusion, my parade of pet-owning friends decided to give me the inside scoop on the experience of having a pet.

The first thing I noticed was that they talk about their pets as if they were actual people. Linda explains how Tootsie is full of character. “He’s extremely stubborn and jealous,” she said. “He barks when my parents hug each other, so my parents make it a point to hug once a day in front of him because it’s so funny.”

Pet owners not only consider their pets as they would ordinary people, but they also embrace them as family. My friend Amiko, whose dog is called Tbee, short for Tinkerbell, said her dog even takes on family traits.  “I love how Tbee resembles each member of my family. She snores like my dad and has an extremely loud bark like my mom.”

What struck me the most about pet owners was their level of maturity and commitment toward their pets. Amiko, who has had Tbee for nine years, described the growth of her relationship with her dog. “When I was younger, I remember not wanting to walk her – I saw it as a responsibility. But now I truly enjoy walking her and when I see her tail wagging it just makes me so happy.”

As I delve further into the world of adorable dogs, I can’t help but feel influenced by the way my friends talk about their pets. As Emily said, “There comes a point when your dog or cat stops being just a pet.”

Which brings me to my last observation: pets induce a deep, life-changing effect on their owners. When my friends explained what it would feel like if they were ever separated from their dog, their expressions immediately turn grim. Emily, who unfortunately lost Charlie due to an illness, said, “Putting him down was one of the worst days of my life. I remember getting upset when it’d rain because our house would still smell like wet dog … except there was no dog.”

Heart-wrenching, intimate, sincere, joyful, simplistic love – these are the words I would use to describe the relationship between owners and their pets. I know I won’t completely understand this bond until I experience it myself, but I wholeheartedly admire pet owners’ diehard commitment and unashamed affection for their pets. As Linda said, “Tootsie makes me a big blubbering puddle of mush.”