Beat the Breakup: Mochi’s Take on Surviving the Five Stages of Becoming Single 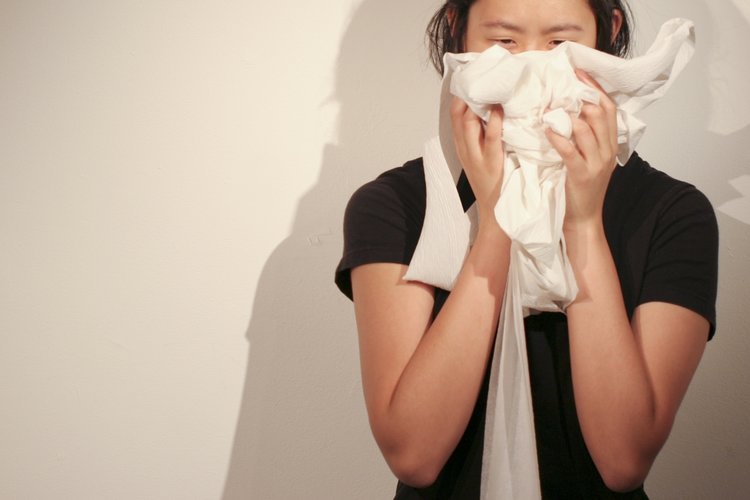 We’ve all heard about the stages of grief: denial, anger, bargaining, depression and acceptance. Of course, we mostly hear about them in ultra-serious contexts, but they can be useful at the end of a relationship, too. Here’s some sisterly advice on how to get through it all—with a little bit of humor and a whole lot of class.

Denial: When you refuse to believe that the breakup has happened.

For days, you go about calling him like everything is normal, pretending that the reason it’s going to voicemail is just, maybe, his phone fell down the toilet. Yes, that must be why he’s not answering. Along the way, you convince yourself that you were wrong and that you actually loved his habit of showing up late to every date and his burping at every meal—it was sort of endearing, right?

No way! The key to the denial stage is facing the facts. It sounds simple, but it takes more of a mental effort than it seems. The first step is to start thinking of yourself as an individual and not part of a couple. Instead of “we,” start thinking of “me,” because the best part about being single is the freedom to be truly selfish for once. All of this is essential to fully becoming your own person again. After all, no smart girl needs a boy first to make a name for herself!

Anger: When you start throwing out all the things he gave you.

After awhile, you just start hating everything that reminds you of him. Remember that teddy bear he won for you at Six Flags? Let’s see how far you can throw it. Or even better, since the holidays are coming up, let’s give Little Teddy to the dog as a new chew toy—now that’s what I’d call good re-gifting.

Just remember that it’s exhausting to stay mad at someone. Let out your emotions; maybe even break some things, as long as it’s something he gave you that can’t be sold on eBay. Trust me, you get just as much satisfaction from breaking things as you do from packing and shipping off one of his unwanted birthday presents to you. That’s money in the bank for extra holiday shopping.

Bargaining: When you wonder what you could have given up to make things work out.

During this chaotic and confusing stage, you start questioning the relationship from beginning to end. Often, it’s the stereotypical phase of overthinking. “If only I had just let him watch ‘Skyfall’ instead of ‘Twilight: Breaking Dawn Part 2,’ would we still be together?”

As hard as it is to believe, the answer is always no. Rehashing what you could have done differently or done better doesn’t change the fact that if the two of you couldn’t keep up a good relationship during the best of times, making compromises when you’re feeling desperate and lonely will only bury the true issues and conflicts in personalities or perspectives. A real love does require some sacrifices to maintain—Bella did give up her soul, right?— but at some point, you draw the line and simply say, “This is me, accept it!”

Depression: When you think you’ll be alone forever

This is often the hardest stage to overcome, because it can color all your day-to-day thoughts. It can rear its ugly head as far down the road as a year later, when you start lose hope in single life and believe that you’ll never find another guy who at least took you out on dates or who could burp so elegantly…

Don’t go there. The best thing to do is to try to remember that there’s a reason that the two of you didn’t work out, especially since this stage can happen months after the fact. (And hey, if you need a list to help you keep the reasons in mind, that can be super helpful.) Don’t let yourself believe that you’ll never find a boy who fits your personality and your needs—perhaps you just need to meet more and different people. A change of scenery is often the best medicine for heartache, because not only are there bigger fish in the sea, new people and new faces can help put life into perspective.

Acceptance: When you realize how silly you were to pine over someone who doesn’t appreciate or respect your talents, interests, beliefs and other things that generally make you, you.

Bottom line: If he doesn’t appreciate and respect you, he isn’t worth it. There are many different types of relationship styles, and you have to find the one that’s right for you. Just because a relationship ends doesn’t mean you did anything wrong (though we can probably all learn something about ourselves with every relationship—who hasn’t been guilty of pettiness at one point or another?). It just indicates that there were conflicting personalities. You know yourself the best, and you know when you’re better off without somebody. Yes, breakups hurt like heck, but you come out a stronger person. Laugh it off, smile and know that at least now you know what type of personality you don’t want to date ever again. So tell us: vampire or werewolf?

Five Things You Should Know about Online Dating