Relationship Abuse: When Push Comes to Shove and Love Turns to Hurt 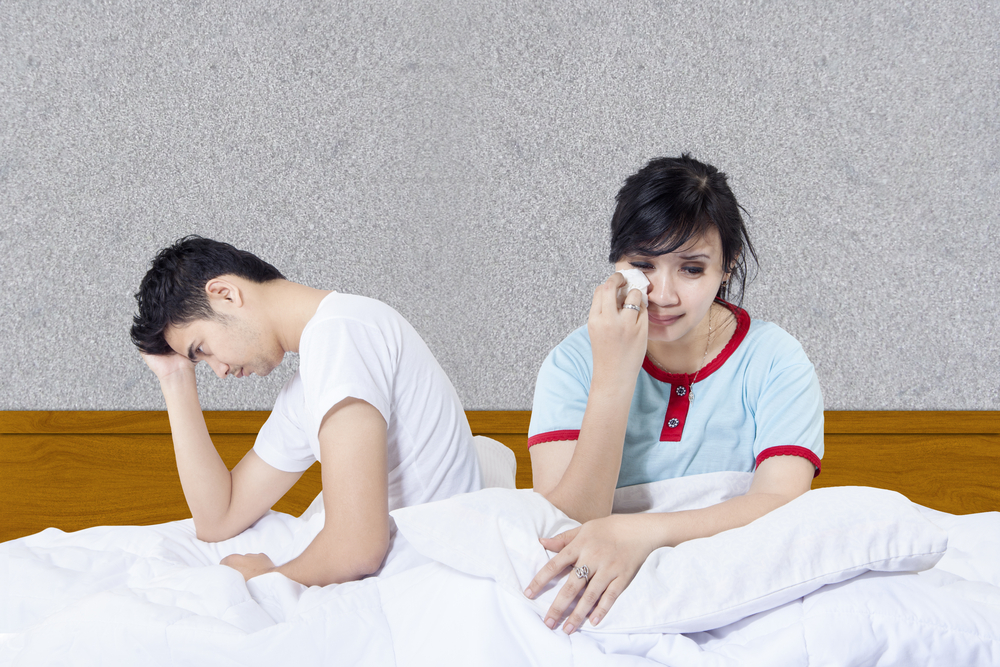 April’s life was great—she’d met a wonderful guy. Their feelings for each other were strong, and she thought he was perfect.

Things seemed amazing with him at first, she said, but it went downhill from there.

“It started off slowly,” she said. “[He asked me] why I didn’t call every day. He became more controlling. He would get mad if I didn’t tell him everything about my day or if I didn’t pick up the phone soon enough.”

April spent more than a year in an emotionally abusive relationship with her boyfriend, but it wasn’t until she broke up with him and experienced an emotional meltdown that she knew she was a victim of relationship abuse. “I had never thought of myself as someone who could be abused,” she said.

Relationship abuse happens when one person behaves or acts in a way that is meant to control the other. As for April, it is common for women who are or have experienced relationship abuse not to acknowledge being a victim because it can be emotional, physical, sexual or even financial.

“My husband would hit me with the back of his hand rather than his palm because he thought it would hurt more,” said Tammy*, 43. “He also took over my finances and didn’t give me money for food or clothes. I was a stay-at-home mom and I had to take care of my baby, so I couldn’t get a job.”

It’s often hard for us to see the situation we are in while we are in it, explained Mandy Mount, director of the Campus Assault and Resources Education program at the University of California, Irvine. And regardless of the difficulties in acknowledging it, the most recent statistics gathered by the American Bar Association reveal that more than eight out of every 10 Asian American women experience some form of relationship violence, and nearly six out of every 10 women have experienced psychological abuse alone.

These women often suffer abuse quietly because they feel ashamed of their victimization. The result is not only a continuation of the abuse, but feelings of loneliness—so the women continue to suffer alone.

“I didn’t dare to tell my parents because I was afraid they would think I was weak,” Tammy said, “and I had chosen a wrong husband—made a bad decision yet again.”

Help could start inching further away as a relationship gets more abusive. April said she just couldn’t talk to her close friends openly. “At first I told a few girlfriends when things were bothering me,” April said. “As time went on, I stopped telling people because I [also] thought it was a reflection upon myself. I think in the end that hurt me the most.” 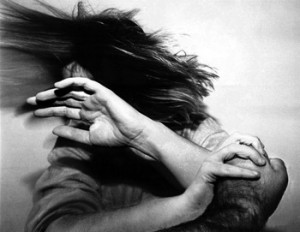 Isolation from sources of support isn’t always self-imposed, however. “He started cutting me off from my friends,” April said of her boyfriend. Eventually, she drifted away from her friends and stopped talking to them about problems she was having with her boyfriend.

Cultural values can also play a large role in stifling cries for help. Asian American women, particularly those in same-sex or interracial relationships, have to contend with long-standing traditional gender roles and ideas on race and love.

April said, even to this day, her father hasn’t talked to her about her ex-boyfriend because the situation was a “womanly” matter to talk about, of which he—as a man—was expected to stay out. “If he had seen me crying for any other reason, he would’ve come to my rescue,” she said. “But as an Asian father, the ‘woman’s realm’ isn’t something he knows how to deal with.”

On the other hand, Tammy had difficulty finding support from friends who upheld traditional views on husband-and-wife roles. “I told some of my friends that he was beating me up,” Tammy said of her ex-husband. “They told me, ‘That’s normal for a man to do. You just need to learn to please him.’” (Tammy added that she no longer talks to the women who gave her that advice.)

The (Un)heard Voices publication by the Family Violence Prevention Fund in San Francisco, Calif. showed how relationship violence was a big, but often unheard issue, especially among Asian American women. Many Filipinas stay silent because they believe it would be against their religion to speak up and thus defy their partners, while a number of South Asian women say their dowries take away their entitlement to disobey men, notably their husbands.

Bearing this cultural barrier to seeking and getting help in mind, some colleges and universities are bringing resources into their guidance counseling programs that reach out specifically to students of different cultural backgrounds.

At an institution such as University of California, Irvine, where more than half of the student population is Asian American, programs such as CARE are particularly helpful. Among other services, it offers a “Building Better Relationships” workshop, which has attracted students from varying cultural backgrounds.

“Services are designed with the idea in mind that it’s not always comfortable to seek counseling for all students,” Mount said. “The Workshop series is something our students have been much more comfortable in joining.”

But therapy is neither a cure nor treatment for relationship abuse victims. Rather, it is a way for victims to start the healing process—as difficult as that may be.

April has been attending therapy sessions through her university for nearly a year and half., but when her therapist first explained and introduced her to a women’s empowerment group, April said, “I was so shocked, I just ran from it.” She didn’t think she would become a victim—of anything.

While April’s mother opposed her decision to go to therapy, because it wasn’t “normal,” April stressed that she needed help, and the two now have an understanding: “Staying at school late” means going to a therapy session.

“Healing is something you have to do yourself,” April said. “But therapy is definitely a tool for getting you to your goals. You know you are okay as long as you can keep breathing.”

Alternatively, Tammy’s daughter became her inspiration for speaking out against the abuse she was experiencing and seeking help from her family. “I watched her grow and then decided this wasn’t the life I wanted for her or myself,” Tammy said. And though she had lived with her husband for two years, she’s been breathing more easily since she moved back to her mother’s house. The couple divorced a year after she moved out.

If you’re experiencing relationship abuse, Mochi has compiled a number of resources you can reach out to. Among the first steps some women take to heal is calling a hotline, where they can talk about how they are feeling confidentially or seeking community resources that offer counseling.

April emphasizes for women coping with relationship abuse: “You can live without him. You know yourself better than he does, and you don’t need him to make you happy.”

And to those recovering, she says, “Only you can change this from a nightmare to a happy ending. You can let him keep making your life miserable or you can move onto bigger and better things, but they’re only going to come if you try.”

Or if you have friends who may be experiencing relationship abuse and you want to help, Mount recommends talking about concerns, friend-to-friend, in a safe environment.

“Directly acknowledge what is observed first. ‘How’ questions are [also] very good,” Mount suggested. “Ask, ‘How can I be there for you? How can I help you? How can I support you?’”

Creating this safe place to talk is an important element in encouraging discussion. “Validate friendship and the power in that person,” Mount said. “Identify what are that person’s strengths, so she doesn’t feel stigmatized, but acknowledge that she’s a whole person.”