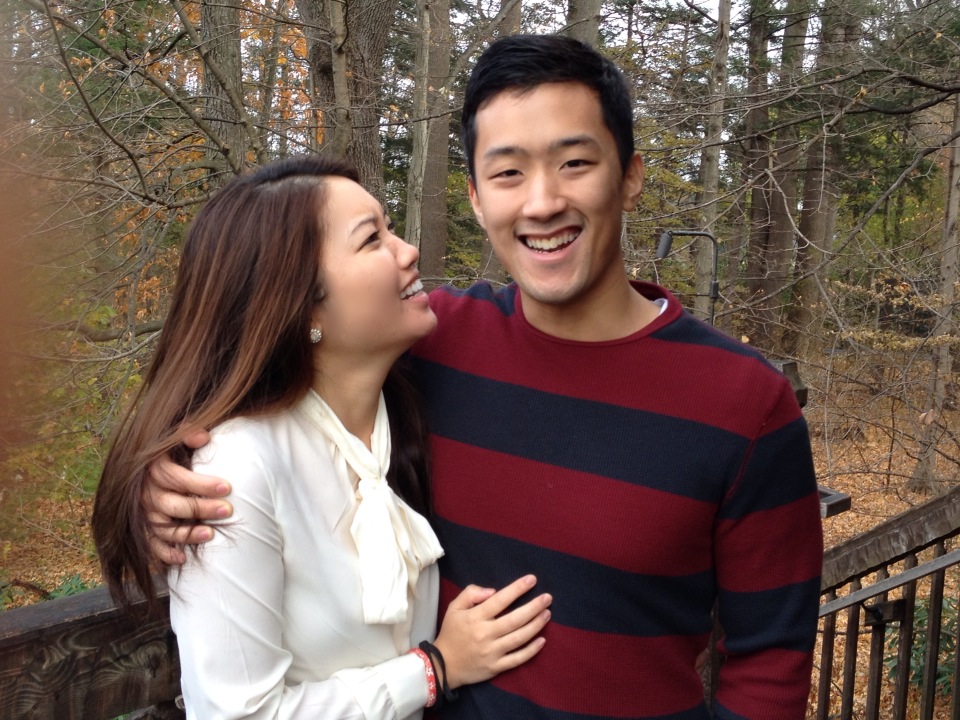 But there’s another pool of couples that struggle with a different battle: that of being in an intercultural relationship. While this might feel like a niche issue—and yes, there are still plenty of people who lump all Asian Americans into one big ethnic group—we know the various ethnicities are worlds apart, culturally speaking. Want to know what it’s like? I’ll tell you.

My story starts with my sister, who met a Korean man who eventually became her now-husband. Their relationship always seemed peaceful and harmonious. Little did I (or anyone else) know that their relationship had a handful of surprising challenges: His mother didn’t approve of her Chinese heritage, and his parents barely said hi or otherwise acknowledged her when she visited their house. Despite the rejection, my sister stayed focused on her love for and commitment to her significant other, doing her best to pick up on nonverbal cues and learn the Korean culture.

My sister and her husband have now been happily married since 2009. Her in-laws eventually accepted her after realizing that character matters much more than heritage.

When I heard my sister’s story as a high school senior, I was shocked. I grew up Chinese American, and in my family, dating someone from a different culture wasn’t an issue. My parents, who immigrated to the United States when they were very young, are far less traditional than many Asian American parents I know. My sister’s story opened my eyes to the harsh reality that many intercultural couples face—one that I unexpectedly fell into myself.

In my first year of college, in 2007, I started dating a Korean American with very traditional parents. I vividly remember him telling me that his mom knew we were dating. I was excited to hear her response, only to find out that she wasn’t pleased that I wasn’t Korean. I moved past it—but my boyfriend came to me about two years into our relationship, feeling torn. He cared deeply about me but said that we might have to end our relationship because of our cultural differences.

It was true—I couldn’t communicate in Korean, which meant I couldn’t speak to his elder relatives, and I wasn’t familiar with the Korean traditions that were important to his family. While it hurt that our different backgrounds could get in the way of a meaningful relationship, I saw my sister’s relationship experiences mirrored in my own, and I hoped my faith in love and willingness to persevere would result in the same happy ending that she had.

I took language courses in college and learned how to read, write, and understand basic Korean. The professor also covered Korean culture, from New Year’s customs to proper etiquette in various situations. And while I didn’t become great at speaking Korean, the classes helped me be mindful of Korean traditions. I now bow whenever I meet an older adult, for example, and I make a conscious effort not to lift my bowl at the dinner table—nothing out of the ordinary in Chinese culture but considered rude in Korean culture.

All this helped me maintain a polite and cordial relationship with my boyfriend’s parents for several years, but I wondered if they would ever truly accept me into their family. Despite our differences, I believed things would work themselves out. I saw a lot of similarities between my family and his: both value quality family time and good manners; appreciate good food and love to cook; and show love through action, not words.

Fast forward to December 2014, when my boyfriend proposed to me, and I of course agreed to marry him. We’re the happiest we’ve ever been and, to top it all off, his parents fully approve. I’m happy to report that my relationship with my fiance’s family has evolved from civil and cordial to truly loving and warm. These days, they treat me like their daughter—inviting me over on my birthday, cooking me food, and setting up my own quarters in their guest room.

For those in an intercultural relationship, don’t be discouraged. Here’s one big lesson that I’ve learned from the past seven years: Traditional doesn’t always mean “bad.” And just because your significant other’s parents don’t approve of you due to your ethnicity doesn’t mean they’re bad people. It simply means they grew up in a different environment and generation. And rather than be confrontational or give your other half an ultimatum, just be yourself—but take all the steps you can to truly understand their culture and show respect in a way that’s meaningful to them. If it turns out they simply don’t like who you are as a person, it’s time to move on. Otherwise, cultural differences are not the supreme defining factor of your relationship, and you’ll be respected for trying to bridge those differences.