Home RelationshipsAdd Some Spice to Your Love Life

Add Some Spice to Your Love Life 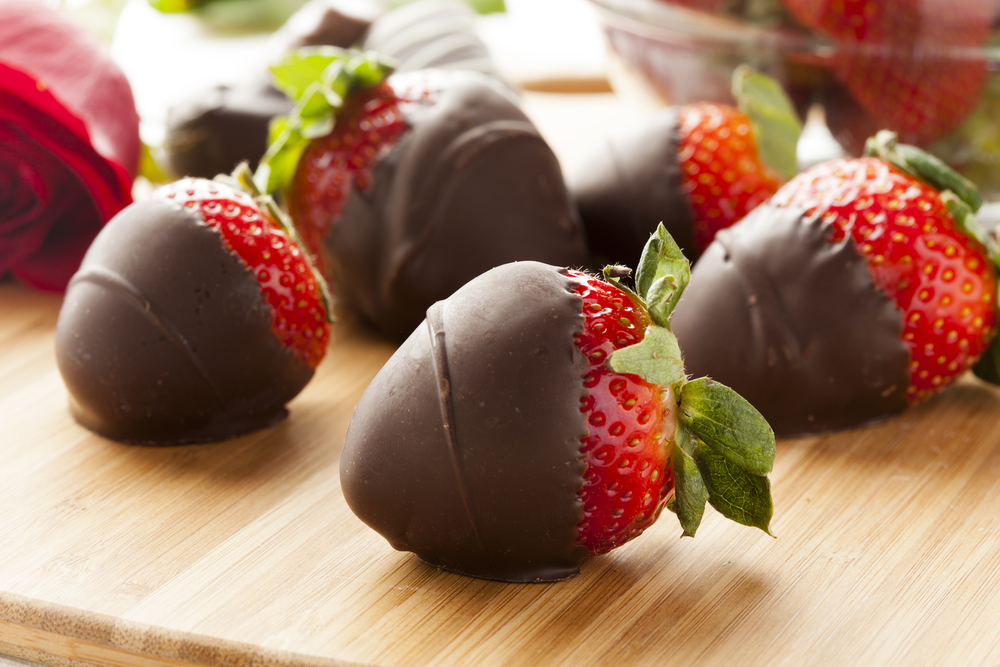 Aphrodisiac foods, or foods that are believed to arouse sexual desire, date as far back as Greek mythology. Aphrodite, the goddess of love, considered sparrows sacred and as a result, Europeans consumed sparrow meat, believing in its potential to stir up lustful feelings. In fact, at some point in history, many common spices and foods, such as carrots, were considered aphrodisiacs as well.

For a delicious way to stir up romance in your life, try some of these most popular aphrodisiac foods.

Chocolate elicits a dual effect: Tryptophan—the component in turkey that makes you sleepy on Thanksgiving—lowers inhibitions and inspires relaxation, while stimulants such as anandamide and PEA (phenylethylamine) improve your mood and increase desire for physical contact. PEA is also known as the “love chemical,” causing people to feel excitement and attraction.

Oysters are the food most commonly thought of as aphrodisiacs. The sea creature has a high zinc content, which aids in sperm production and increases libido.

Halved figs are thought to represent the female reproductive organs. The role of figs as an aphrodisiac is steeped in history—Adam and Eve used fig leaves as modest clothing in Eden and ancient Greeks associated the fruit with love and fertility.

Almonds have always been considered symbols of fertility. The Romans gifted newlyweds with the nut to ensure successive generations. Historically, the scent of almonds has been linked to arousing female passion. Beyond this, almonds are also a good source of vitamin E and fiber.

Who doesn’t love unagi? For centuries, the Japanese have considered the eel to be a powerful aphrodisiac and even today, is a dish commonly found in many Japanese restaurants and supermarkets.

The Chinese are always able to find a way to consume animal parts that other cultures would never touch. Tiger parts are a perfect example. However, you don’t necessarily have to consume them—they can be worn on a string around the neck so that the wearer can take in the sexual powers of the animal. But don’t expect to find this in your neighborhood store; due to over-hunting, tigers are now protected in many parts of Asia.

Aside from warding off vampires, garlic is also a powerful aphrodisiac. The smelly plant contains allicin, which increases blood flow. Just try not to overdose, since bad breath is decidedly unsexy.