How Textbooks Inspired a Chinese Activist to Fight For Gay Rights 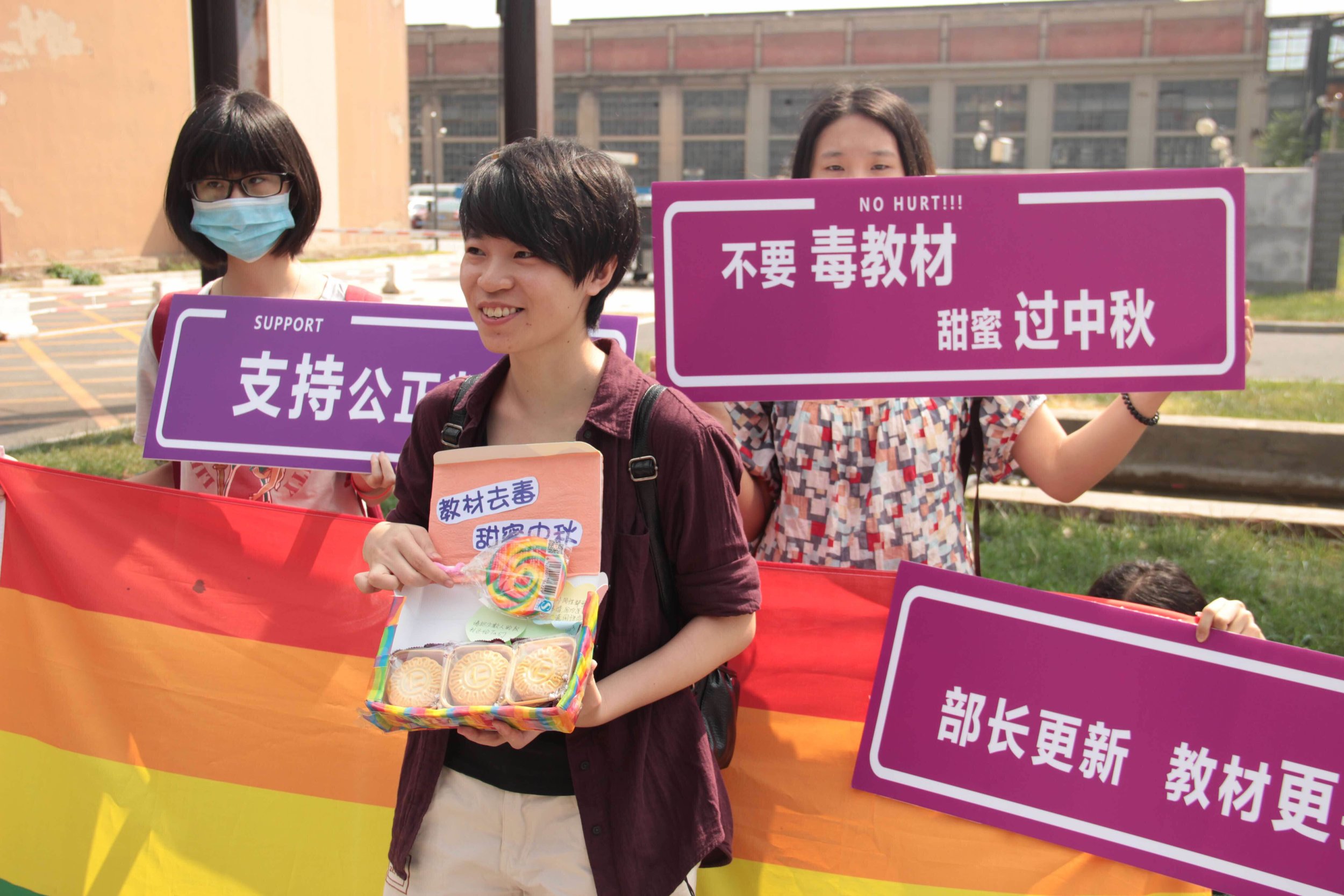 When Qiu Bai was a freshman at China’s Sun Yat-Sen University, she thought she liked another girl. Not knowing much about homosexuality, she turned to medical textbooks in the school library for guidance. Instead, what she found scared and upset her.

“A lot of published teaching materials in mainland China said that homosexuality is a biological obstacle and through therapy, you could change your sexual orientation,” says Qiu, using a pseudonym.

Although China declassified homosexuality as a mental disorder in 2001, she says 40 percent of textbooks published after that year still label it as such.

“These textbooks will really influence students, and those students won’t stand up to say they were affected,” Qiu says. “I have encountered many classmates who, after looking at teaching materials, either will hate the teacher or their class and lose interest in learning, or will want to change themselves.”

Angry and upset, Qiu decided to take action and fight this trend by writing letters to the textbook publishers and the ministry of education. When her pleas went unanswered, she proceeded to sue these organizations. After two unsuccessful attempts in 2015, her case was finally filed last June. Initially rejected, Qiu appealed the decision, but last week, after nearly two months of delay, she lost the case once again. 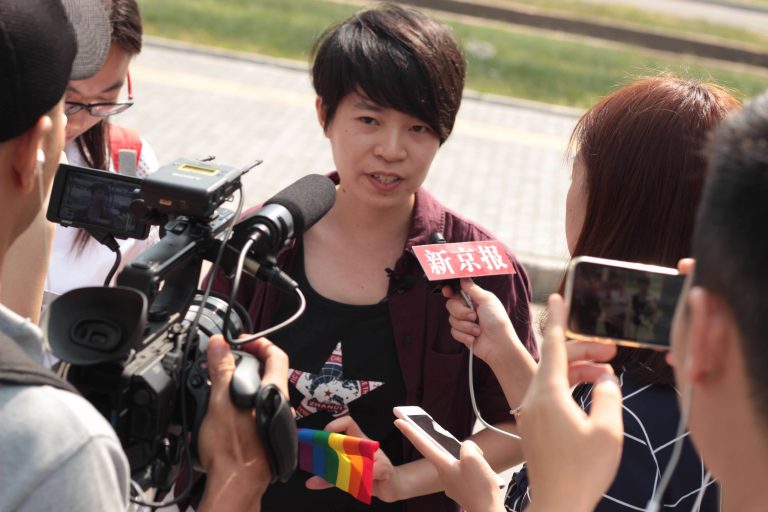 With little pressure on government officials to tackle cases like hers, Qiu is not optimistic about the fate of her appeal despite receiving support on social media platforms. If her case loses, Qiu says she may circumvent the legal route and communicate directly with publishers and editors who are willing to change the label of homosexuality in textbooks.

Qiu’s efforts have not been without consequences, however. As a result of her speaking out, she says students at other schools have been suppressed from holding LGBT-related activities. On a personal level, Qiu was outed to her parents against her will by a fudaoyuan, a university-appointed counselor. Responsible for the “control of students’ thoughts and politics,” the counselor informed Qiu’s parents under the rationale that she was allegedly hurting the school’s reputation.

The fear of coming out to family members is still prominent in the Chinese LGBT community due to the possibility of being financially cut off. But Qiu, whose parents have slowly come to accept her sexuality, feels gay rights activism in China has actually made strides in recent years.

“Everyday people’s acceptance has gradually improved,” Qiu says, “because there are a good amount of LGBT organizations in China doing advocacy work to encourage parents to accept their children, or teachers to accept LGBT students. That work is pretty active,”

Officially, however, policies have gotten even more restrictive, Qiu claims. In 2016, for instance, China’s radio and television administration stated that organizations cannot distribute works related to topics such as gay relationships.

This ban extends to media coverage, which Qiu experienced personally when her suit was first heard in September 2016. She says many domestic outlets told her they couldn’t report on her case because of the policy put in place.

All of the obstacles ranging from government inaction to lack of media coverage have made Qiu feel helpless at times, but with the help of international coverage and her passion, she is not giving up.

“Many people have asked me why I’ve spent so much time to change the material,” Qiu explains. “For me, teaching materials within the school system are fundamental ways to understand LGBT issues. For even a school textbook to be incorrect is outrageous.”