Home CollegeHow I Broke Free of the Asian Stereotype in College

How I Broke Free of the Asian Stereotype in College 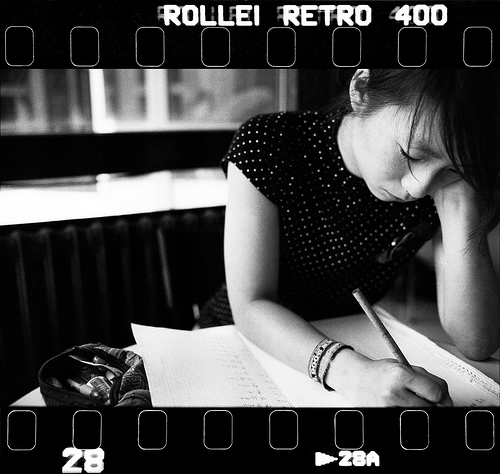 For as long as I can remember, I was an Asian stereotype. Though I wasn’t the ultimate poster child (I didn’t take advanced math nor science), my social life definitely fit the bill. I came from a conservative Christian Korean home and my closest friends growing up were all Asian. High school was no different. I wasn’t close to any non-Asians, and my main objectives were my studies and getting into college. I wanted to branch out of my comfort zone, but I was so comfortable in my life that I couldn’t see myself making a drastic change.

By the time I was accepted to Smith College, I was desperate for something different. My first semester was interesting—to say the least. Here I was, thinking I was coming to a wholesome and traditional liberal arts school; it took me no more than a week to realize that I was in for the ride of my life. I was used to coasting in high school, knowing that putting in a little effort meant an easy A. I was also used to multitasking, so I joined five clubs and started rowing for the crew team. I thought I had it all under control, but I was in for a rude awakening. I had convinced myself that it was almost in my nature to be able to succeed anywhere in everything that I had wanted to do with minimal effort.

I started off with four classes and ended up dropping one and taking another pass/fail. Even though it should have been obvious to me at this point, I was convinced that I still had everything under control, as I did in high school. It wasn’t until the end of my first semester that I reached my senses: I got a letter from the athletic director informing me I was on academic probation. The letter stated that I had two options at this point: I could either drop crew or sign an academic waiver that stated I would be given the semester to get my grades up to an acceptable GPA. I couldn’t believe this was happening to me. Even though I know that there’s nothing in my DNA separating me from someone of another ethnicity, I felt that as an Asian, this should never happen.

I felt so pressured to do better in school but felt so helpless. After about a week, I mustered up the courage to talk to one of my teammates about it, expecting to be judged because I, a Korean, was on athletic academic probation. You can imagine how shocked I was when she nodded her head in understanding. I was surprised that she didn’t have different expectations for me than for anyone else. I was so used to classmates and teachers expecting me to excel that I was convinced that anything less than the best would mean social pariah-hood. For once, I felt like I was put on the same level as everyone else, not judged on separate standards because of the color of my skin.

College has given me the opportunity to break free of my self-imposed stereotypes. After relieving myself of some pressure, I’ve seen myself improving in school. My grades are up to par, and I must credit the way my new mindset. I no longer give myself unrealistic expectations because of my background. I’m not blind—I know the prejudices that come (either from myself or others) with the color of my skin; for a while it consumed my identity and self-image. I discovered in college that it was a decision to partake in what the world expects of me. After realizing that it was a choice to cater to the world’s expectations as opposed to being my own person, my college career has taken a turn for the best. I now attribute my achievements to the hard work that I put into my studies and my activities—not to the stereotype that comes with my ethnicity.