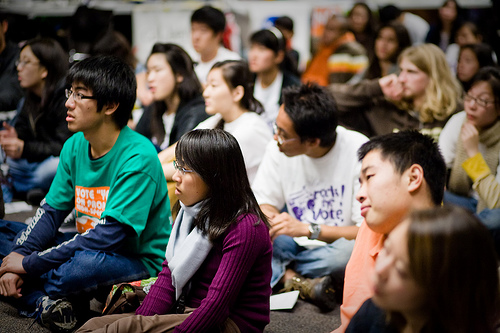 Despite barriers of distance, time zones and regional culture, there are thousands of Asian American students, leaders and activists across the nation passionate about establishing networks, opening dialogue and building community. The East Coast Asian American Student Union (ECAASU) and the Intercollegiate Taiwanese American Students Association (ITASA) are only two of many conferences and forums that work hard to achieve these goals.

ECAASU prides itself on being the host of “the oldest and largest Asian American student conference in the nation and one of the preeminent collegiate student conferences in the world,” as stated on its Web site. With more than 33 years of experience on the East Coast, this claim is hardly debatable.

However, it was only in 2008 that the previously disjointed East Coast school organizations that were involved with ECASSU gathered into a greater cohesive collaboration. In 2007, conference organizers at Yale University envisioned ECAASU as having a greater impact on more people. By March 2008, ECAASU achieved non-profit status and a national board was elected and ready to serve.

No longer is ECAASU limited as an annual East Coast conference of facilitated workshops and speakers about Asian American issues. It is now an Asian American community-building unit that seeks to inspire, educate and strengthen Asian American student organizations through intercollegiate communication. Twenty-five percent of its efforts are devoted to non-partisan community service such as blood and bone marrow drives and voter registrations. This is intended to foster and develop student activism, leadership and organizing beyond the scope of the conference. Retreats focusing on race and ethnicity are also held along the East Coast in areas such as Philadelphia, Boston and Washington D.C. These small discussions help educate and support Asian American leaders in their efforts at their respective campuses. The annual Asian American issues conference is the most anticipated, and this year the University of Pennsylvania won the bid to be its host.

Another network that supports Asian American students and their issues is the Intercollegiate Taiwanese American Students Association (ITASA), which was founded by student leaders in the East Coast and Midwest in 1991. With aspirations to strengthen the Taiwanese American college community, the organization has grown into a national network that, according to its Web site, “provides the opportunity for networking, community-building, leadership training, and identity-forging that are critical to the future of Taiwanese in America.”

ITASA’s events include annual conferences that address topics like retaining Taiwanese identity and developing student activism. This is done through a variety of formats ranging from lecture to cultural performance. Highlights include fun bonding activities, such as a traditional Taiwanese Night Market and variety shows. Every year, there is one conference in each region, and schools bid to be hosts. This year’s hosts included MIT, the University of Texas and UCSD.

ITASA also hosts leadership retreats to builds cross-campus communication and community building skills. Resources such as summer programs and Taiwanese American Awards are also available. These activities and projects are small supplements to the annual regional conferences. It also provides an opportunity for the Taiwanese American community to come together, rekindle networks and look forward to more collaboration.

Amid concerns that ITASA is a political organization, the club’s leaders insist they have no political affiliation and respects open dialogue and differing political perspectives. ITASA takes efforts to be a welcoming and inclusive environment regardless of “identity, ethnicity, national origin or political belief.” The only requirement for participation is an interest in Taiwan. And although ITASA is geared toward college students, pre-collegiate and post-collegiate individuals can, and have, attend its programs and conferences.

Both ECAASU and ITASA provide a treasure trove of information and resources for those beginning to delve into the Asian American community and those with years of experience. For additional conferences and organizations to look into, check out: