Home Career, CollegeWhy I Volunteer: Six Young Women On Why Giving Back Matters

Why I Volunteer: Six Young Women On Why Giving Back Matters 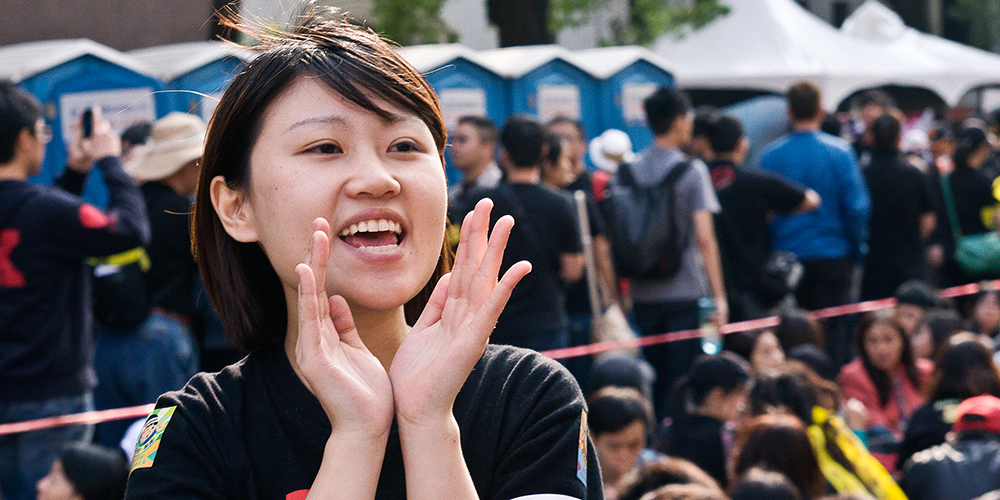 It may seem like an easy way to get ahead in life is by padding your college application or resume with volunteer work just to look good. On paper, at least, you’ll look like a well-rounded person. But those who’ve embraced giving back as a lifestyle know it goes far beyond that. We interviewed Asian American women of all ages, from college students to young professionals, to see how they got hooked on volunteering.

“The educational discussions at AF3IRM—a non-profit organization focusing on immigrant rights, the trafficking of women and children, and militarism—often include things I didn’t learn about in college. I realized that there are still disparities; women still get paid less than men for a comparable position or are treated differently depending on background and ethnicity. It’s refreshing and enlightening to talk about real world issues, how I can empower myself as a young woman of color, and care about something that matters to me and challenges me and that I can be active about.”

“I was bullied as a child in Ohio because of my race. It moved me to want to help others so they don’t feel the same way. Volunteer work is a way to make an impact, just to spread some more good in the world. A way I like to do that is to use the talents that have been given to me to give back to others without asking for anything in return. I reached out to Make-A-Wish because I wanted to share my photography with others. They had an assignment for a young lady around 18 who wanted to produce her own album. I took the project on, glad to be able to help someone with an illness to capture a memory.”

“I’m originally from California and did a lot of Asian American activism work in college, and I was curious what that community was like on the East Coast. I’m now in D.C., and when you first move to a new area, you’re looking for a community—and I think AA LEAD has a very special volunteer and mentor community. Everyone’s really close, making it a good network to be a part of.”

“As a freshman, I was nervous, because I’m from a small suburb of New York City and I didn’t think you could easily find your own niche at a big school like Boston University. FYSOP helped me make connections with people and showed me that people who are different than you in other interests may have similar values as you, such as your willingness and motivation to help your community. It’s great to see what people can do together with a goal in mind.”

“My favorite volunteer experience was an event I organized for South Bay First Thursdays in 2011 focusing on Asian American women and mental health. It’s a cultural thing, where we’re taught to be strong and carry on and not talk about our issues. As a result, there are lots of younger women who feel various sorts of pressure, are depressive, or are suicidal—and don’t know that other Asian Americans are struggling with these same problems or that it’s okay to seek help. At the event, it was extremely powerful to see how these women were excited to have this space and dialogue about these issues. Sometimes I’ve thought about how I’m a little selfish—I think, I feel good from this, therefore I’m going to keep doing it. But at the end of the day, it’s all about impact and making a difference. There could be worse evils out there than volunteering which you could be doing to make yourself feel good!”

“I went to high school in east San Jose, where there are a lot of low-income families and gangs. My mom signed me up for youth programs that keep kids out of trouble, such as volunteering, mentoring, and counseling. Social worker counselors instilled in me the idea that I should be helping others and that doing so is good for me. Since then, I’ve embraced volunteer work as something you do from the bottom of your heart, because you believe in its impact, not because you’re told to. Lots of the volunteers I now work with grew up in the same situation, in low-income families, and they want to do something about it. Now that we have decent incomes as adults, we can give back by volunteering.”