Part II: An Aspiring Journalist’s Quest for a Job

The second installment of one Mochi writer’s journey in moving to NYC, giving her life to the job application process and finally landing it big. 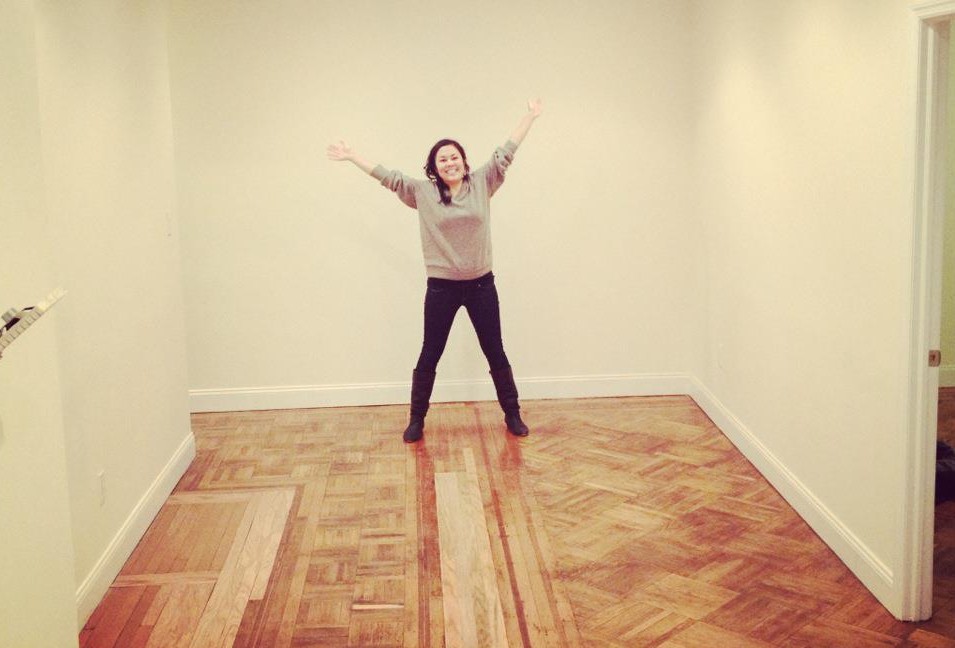 I can’t believe it’s been almost four months since I moved. This is the worst way to start a story—“I can’t believe it’s been [x amount of time] since [y event].” It’s like starting with “It was fall and the leaves were starting to change.” Everyone knows these things! Of course we’re completely overwhelmed by the ridiculously speedy passage of time. We feel like we’re the dinnerware on top of the tablecloth that the magician whips from underneath us, thinking, “WTF, tablecloth? How did you slip by like that and we barely moved? Where’d you go?”

Where’d I go? New York City. Brooklyn, to be specific—there’s an “important” difference between Brooklyn and Manhattan. You learn this when you’re at a flea market in hipster Williamsburg and a Man Wearing Bookish Glasses and Plaid—like everyone who lives in Brooklyn—explodes at a purposefully bald man with Scorsese eyebrows and says, “GO BACK TO MANHATTAN! Just get out of my neighborhood, you [beep].” (I think they were fighting over a vintage chair). I moved to Brooklyn.

But first things first. I arrived in the city one frosty January evening wearing the biggest, most overpriced North Face parka known to woman and promptly went to hail a cab. When the airport’s taxi stand man asked where I was going and I muttered an address, he looked at me and said, “You’re gonna have to learn to speak up. You’re in New York now.” The moment was so article-worthy I could’ve died. But I went on to stay with my friend Tali, who works for The New York Times (she’s a baller), and her roommate immediately asked if I wanted to work coat check at the well-known restaurant she backwaits at. So within 24 hours of landing, I had my first job.

This brings us to my first point: From my experience, every opportunity in New York relies on timing. The job you get, the apartment you find, the celebrities you see in the street, even the train you catch. All timing. Don’t get me wrong—I prepared. I reached out to my network and trudged through the cold toting my carefully crafted portfolio. I wrote cover letters (my least favorite thing to do) and went on interviews (just treat them like conversations and pretend they’re not actually happening and you’ll be fine) and hunted for apartments on Craigslist (black hole). By day, I did edit tests and met with different human resources reps—for one website, I even did two interviews and three edit tests. All the while, by night, I battled with piles of heavy, fur coats just to go through it all again the next day. It’s not a fun process. Your whole life is upside down and contained in the space of a suitcase and one binder. You’re dealing with a new city and climate, layered with learning how to sell yourself on the fly.

And then, the stars aligned. After about a month (which is not all that long in job-app time) a position opened at a magazine. And not just any magazine, but the magazine—the magazine I thought distantly maybe I’d work at in seven years, Cosmopolitan. If I’d graduated in May, the job would have been gone, so I’m thinking it was fate. HR contacted me, I interviewed and sweated over the edit test, and, one day, I got a phone call with the good news. Then I moved to Brooklyn. 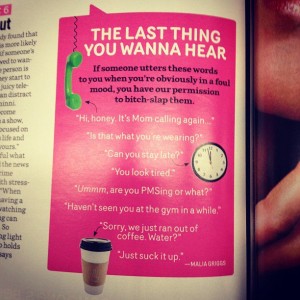 My first byline in Cosmopolitan!

Is there a secret to getting a job? If so, it’s still a mystery to me. The past few years, I went to countless workshops and Ed2010 gatherings of media-minded students and was given an infinite amount of advice on interviewing well and writing thank-you letters. All of it is stressful, and then when you feel like you’ve done everything asked of you—to get rejected? Why?

I don’t know. I honestly have no perfect answer. I think it comes down to trusting the path that unfolds before you, to not telling yourself over and over that “if I don’t get this job my life will be over.” It’s knowing that you want something, but also knowing that if the opportunity doesn’t crystallize, it wasn’t meant to be. And I think it’s being open to any job prospect that comes your way—to accepting that any position you take will teach you something, even if it isn’t what you thought you would learn.

Like about sex. Did I really think I’d be calling “vagina” meetings, awkwardly finger-waving at Jonah Hill on day one and coordinating a nationwide Hottest Bachelors contest during my first job? No effing way. Not in any universe (or cosmo). Working at Cosmo is a kick, but make no mistake: it is work, a lot of administrative tasks and running around. It’s also pitching and writing and rewriting (my first byline was on a sidebar in the May issue!). I have less time to devote to laundry, cooking, exercising, socializing, breathing. I work, I sleep, I work.

But I know I’m fortunate, when so many of my classmates are still applying for jobs. I’m lucky to be in this city, where publishing thrives, in a position that I enjoy—doing what it is that comes most naturally to me. THANK THE LORDS I am employed!

I’d put that on a bumper sticker, but all I’ve got these days is a MetroCard.