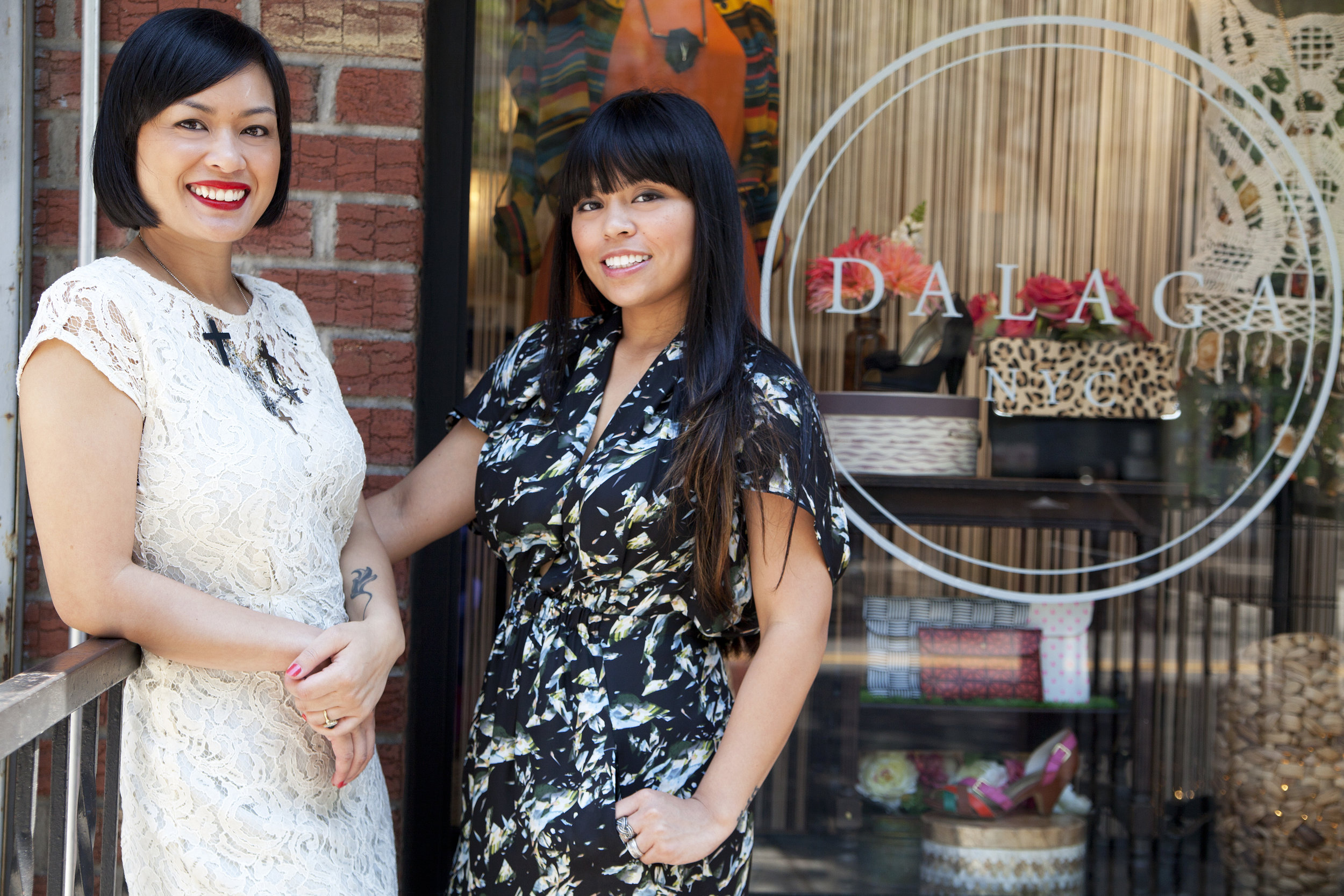 “Oh, you’re dalaga now,” my parents and older relatives would say to me as a teenager. For Filipinos, this endearing word has many meanings, but one universal meaning is “coming of age.”

Sisters Mary and Michelle Mangiliman were truly coming of age when they decided to start their own fashion clothing line and store six years ago. They chose the Tagalog word dalaga, the word their father used to call them during their stylish, formative years.

“Dalagas are young women who little girls look up to with awe because of their grace and confidence. They represent what we could someday become. Today’s dalaga is a woman who is independent, confident, feminine, and unapologetic about who she is,” the Mangiliman sisters said in an email interview.

Before Mary and Michelle opened their first store on Franklin Street in Greenpoint, Brooklyn, the idea of Dalaga was an independent clothing line designed and created by them. However, since establishing their store in Brooklyn, their business has grown so much that they opened another store in the artsy and trendy neighborhood of SoHo in May of this year.

Mary and Michelle’s inspiration to create a brand and business that truly represented their cultural and personal identities stemmed from their mother. Their mother’s business savvy and winning personality, combined with great taste in clothing, jewelry, and beauty products was instilled in them at a very young age and cultivated their passion to start their own fashion clothing line and store.

According to Mary and Michelle, their mother was a Mary Kay beauty consultant for as long as they can remember. “She has always been an amazing example of beauty, confidence, determination, glamour, and elegance,” they say. “We looked up to her so much that we would dress up and mimic her, going as far as playing boutique in her closet! Michelle would merchandise the clothing as if she was the shop owner and Mary would be the customer. Looking back, it makes perfect sense that this is what we were destined to do.”

Although Mary and Michelle are business partners, they are sisters first. Growing up, they were very close sisters and, as business owners, they are even closer. Their two stores mirror their relationship, complementing each other’s style and personality, yet conveying individuality and identity. While Mary is girlier and feminine, Michelle has a dark and edgy sense of style.

“Over the years, we have lived together, worked together, and co-parented together. We can’t imagine it any other way. Dalaga is our baby,” explain the sisters and business partners. “We had it together, nurtured it, watched it grow, and gave it a little sister. It’s so satisfying to see how they [the two stores] are both growing.”

So what’s next for the Dalaga sisters? They recently collaborated with Anne McClain of MCMC Fragrances to create a signature Dalaga fragrance in honor of their fifth anniversary. The scent was inspired by sampaguita, the national flower of the Philippines, which has hints of lilac, apple, lemon, and peach. They also hope to create more stores, possibly outside of New York, and to go back to designing. “That’s how Dalaga began, and it would be so much fun to create collections together again,” the sisters say.