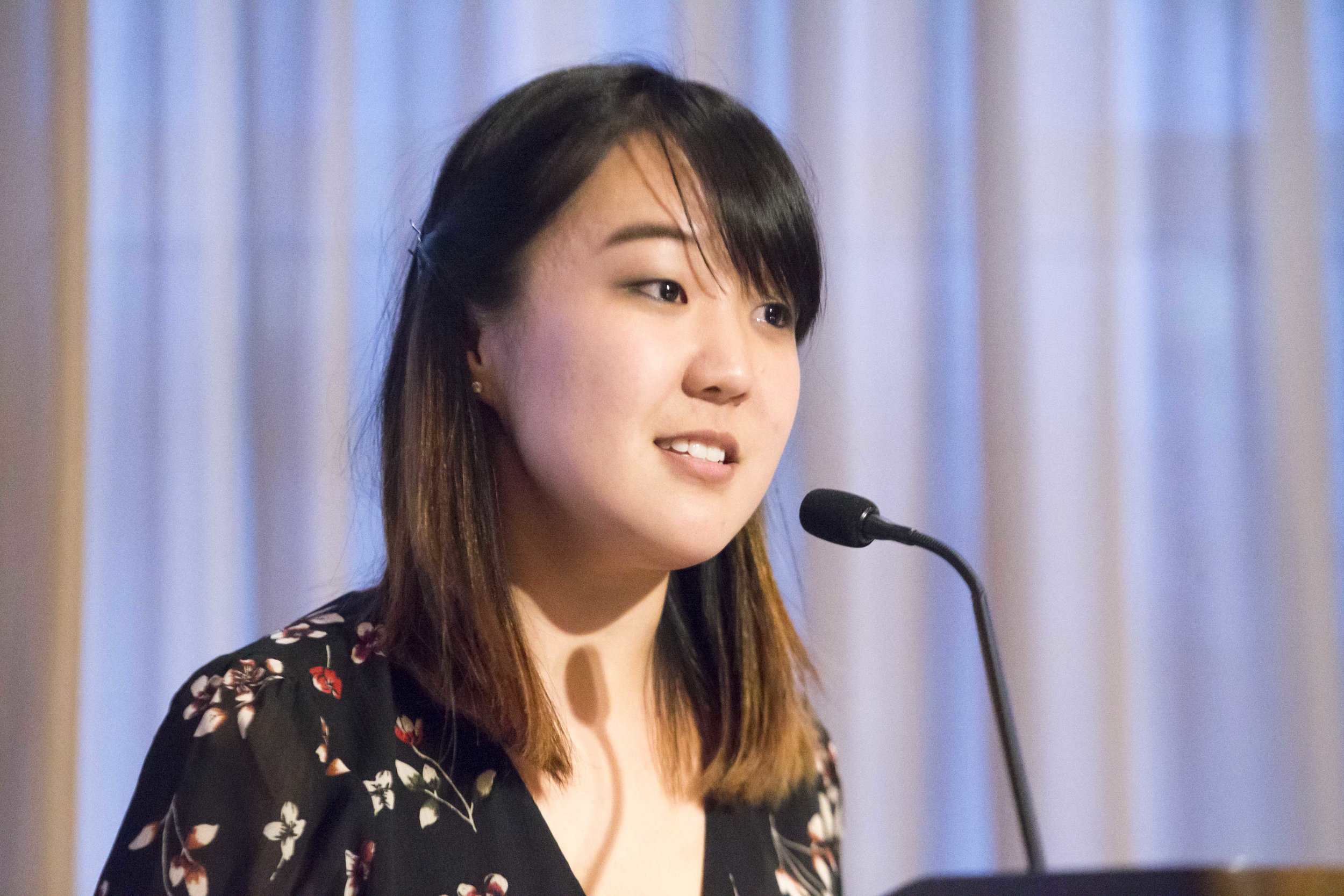 We’re introducing a new Mochi series, where we spotlight young Asian Americans who are following their passions and doing newsworthy things. In this issue, we sat down with Karen Chee, a Korean-American Harvard student who dreams of pursuing comedy full-time.

Everybody has a mantra in life. Karen Chee’s is: “Why not? What’s the worst that could happen?”

It’s a philosophy that seems to have worked out fairly well for her, as she’s been able to land internships at places like “The Late Show with Stephen Colbert” and ”Full Frontal with Samantha Bee,” and has pitched to and been published in the New Yorker and College Humor.

As a performer in the Immediate Gratification Players, a Harvard improv comedy group, Chee says that a “go for it” mentality is key. The troupe puts on a show every two to three weeks, with no script or plan for the performance.

“There’s something very magical about an improv show, in the idea of how it will never happen again,” Chee says. “Everything happens on the spot, so there’s not time to self-censor or edit or be concerned about how funny or how good you are. That’s very, very liberating.”

As a freshman, Chee realized there weren’t avenues to do live sketch comedy on campus, and thus assembled a team to create the show “Sketch.” Although she says freshman don’t typically create shows on campus and she hadn’t directed or been in a formal show like that before, she just went for it, and now “Sketch” has become an annual event.

When spearheading the show, Chee says she had to be a leader in different ways; sometimes it was taking charge when she was afraid to, sometimes it meant helping other people and doing whatever needed to get done without complaint.

Similarly, Chee’s “why not” attitude extends to creating opportunities for others, not just herself. When she was a junior, she helped organize a comedy show featuring performers of color, called “The Other Comedy Show.” The event was inspired by a conversation Chee had with a friend, where they discussed how the overwhelming presence of white guys in comedy spaces on campus often made them feel like the token girl or token Asian in groups.

“We wanted to create an empowering space where nobody felt like they were the odd one out, but that we were all part of a community,” Chee says. “We had this overwhelming sense that everyone who had come to see the show was really rooting for everyone on stage. Everyone wanted each other to succeed and there wasn’t that sense of competition. It was really empowering and really wonderful.”

Part of Chee’s advice for those pursuing a dream in a field where they are uncertain if they will be welcomed is to just go for it, because there’s “room for everybody” and you can find people who love and support you. That support system for her includes her friends at Harvard who have helped with “Sketch” or are just there to encourage her, and her family, who are the opposite of the tiger parent trope, Chee says.

Chee’s dream job would be to write for and have a small part on a show. As her senior year wraps up, Chee reflects on the highlights of her time at Harvard. Although one might expect her to say getting to co-host a show honoring Oscar-winner and all-around cool human being Viola Davis tops the list, Chee, in a testament to how much she values community, offers a more low-key answer.

“My actual favorite things are just the quiet moments where I’m hanging out with my friends,” Chee says. “When we’re playing video games, we’re going on walks; those small, everyday moments just mean so, so much to me. Getting to be with the people here has been such a blast.”

Let us know if you’re interested in being featured or if you know an Asian American doing cool things!