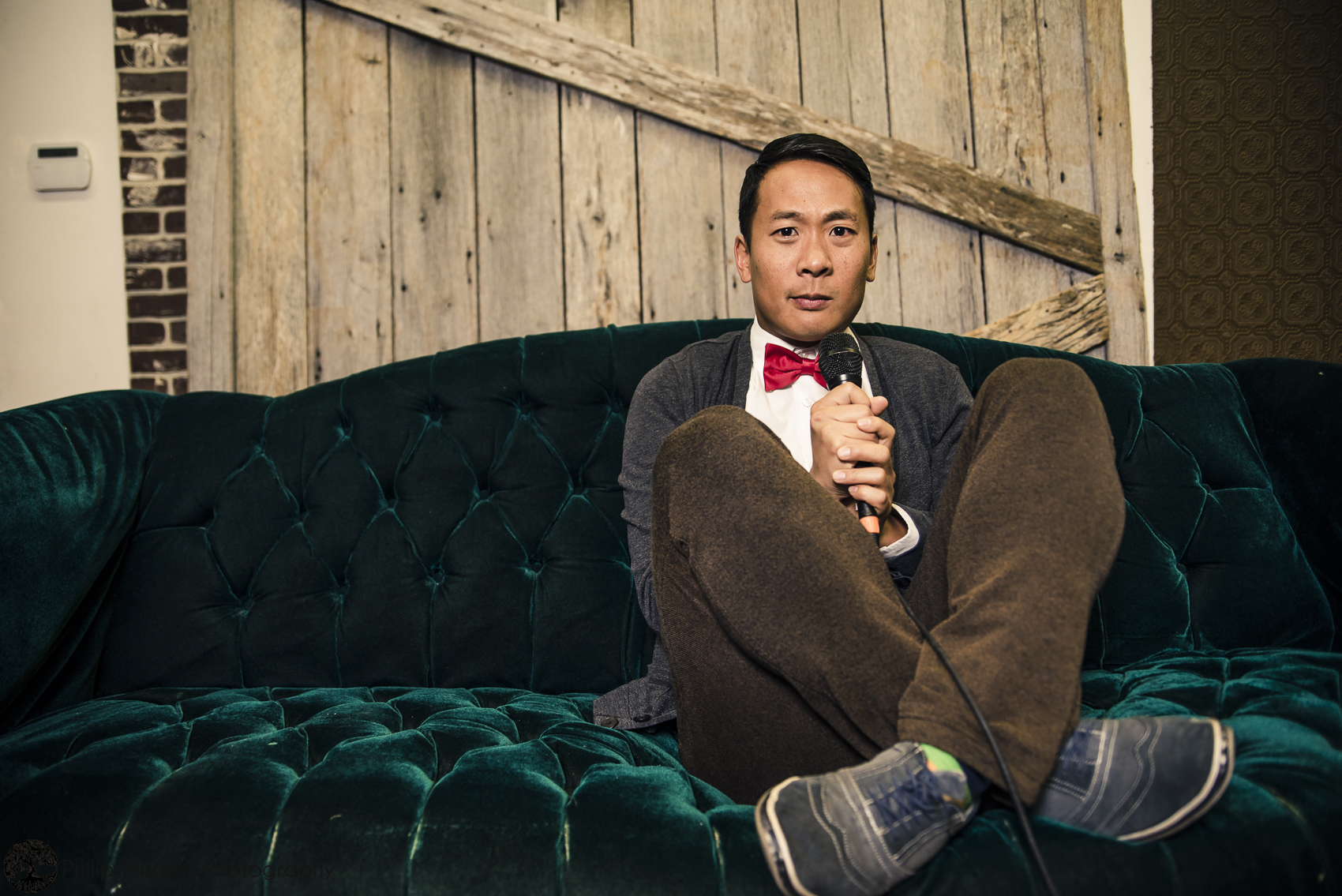 In this summer’s remake of the 1970s talent contest “The Gong Show” on ABC, comedians Kevin Yee and J. Elaine Marcos did a campy musical duet that Yee wrote for the show. “Never gong an Asian” is the catchy riff in this song about the wrongness of using a gong to signal the badness of an act. They pointed out that the gong is “an Asian thing” used for meditation and celebration. And they sang it all with a western twang. “We really played up the country theme, and that’s kind of us doing cultural appropriation,” says Yee.

This fun, zany style is classic Kevin Yee, who—after a successful decade on Broadway in “Mary Poppins,” “Mamma Mia,” and “Wicked”—is now finding his true voice in Los Angeles as a standup comic. In his impeccable, highlighter-pink suit and electric-blue bowtie, Yee dazzles a large audience with original comedy that is both stand-up and cabaret. He is entirely in his element as he knocks out jokes inspired by his own experiences, from his childhood in Vancouver to his time on Broadway to his three years in a boy band.

Being on stage as a part of a band, however, wasn’t ultimately where Yee was able to find his voice. “The label took issue with me because they thought I was too ‘gay’ to be in a boy band. They sat me down and said, ‘Don’t worry, we will fix you and teach you how to act straight.’” In a closed-door meeting, they pointed out that being gay wasn’t marketable to their demographic of teenage girls, so he had to change his behavior in order to fit in. He was told to walk with a swagger and say things like, “Yo! What’s up?”

Yee would carry this message of straight-acting to New York after he left the label, and it would stifle the energy he felt was most true to himself—an energy his mother recognized early on and supported by taking him to ballet lessons and musical theatre classes. That’s how, at the age of six, Yee made his professional stage debut in “The King and I.”

“My mom saw what made me happy, but my dad was stereotypically resistant,” he says. His dad expected an education that would lead to a stable career. As Yee has mentioned in his shows, he and his dad are estranged—but it wasn’t necessarily over sexual orientation.

Overall, Yee grew up in an environment, he says, that was supportive of his dreams to be on stage. “I never felt like being gay was wrong. I grew up in a very diverse community in Vancouver. In my world, being gay and Asian could co-exist.” 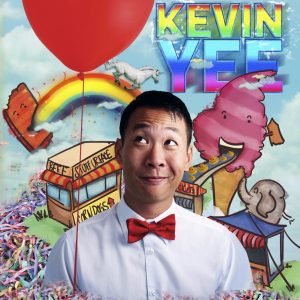 Post boy band and after a decade of doing theatre, the lights dimmed a bit for Yee. He felt he had gone as far as he could: “I was a chorus boy who dreamed of stepping into the spotlight, but there were just no roles for me. There’s a lot of diversity on Broadway but there’s a ceiling to how far you can go.”

Ironically, just as he began to transition away from musical theatre, he was offered a leading role in “You’re a Good Man, Charlie Brown.” The role was exactly what he had been dreaming of, so he took it. But, just as he suspected, that experience was overshadowed by an exciting new creative outlet that was starting to take shape: comedy.

At that point, Yee had been writing songs about his own journey for over a decade, but he was just starting to feel the highs of performing them in front of a live audience. “I realized I wanted to tell my own story, and comedy is exactly where my voice works.” With this shift in mind, Yee sold his place in New York and moved to Los Angeles.

Since moving to L.A., he has found love and support among talented Asian comics such as Jenny Yang and Atsuko Okatsuka. “Their theory is: together we rise,” Yee says. “There is a ceiling and we won’t be able to break it unless we band together.”

After all, the narrative of racial hierarchy does feed into the comedy world—as much as it does into the gay community, within which Asian men are still relatively invisible. “You can’t change the system overnight, but that’s why visibility is so important. That’s why I believe in what I’m doing,” Yee says.

But there is good news: Asian visibility is growing in the world of stand-up comedy. In Los Angeles, the Asian AF variety show has frequently sold out at the Upright Citizens Brigade, one of the country’s premier standup institutions. When the creators brought the show to New York, it sold out in a single day.

Kevin Yee has tried out many different performances in his career, but he’s landed on a stage that is quintessentially him. His song “Brown Banana” could be construed as ambiguously Asian or gay. “It’s subject to interpretation,” Yee says, “but I really just wrote about a banana that was going brown and needed to be eaten.” It’s an emblem of the artistic freedom Yee has craved for all of his life.

Kevin Yee is one of six Asian American comedians in an upcoming series of one-hour specials called Comedy InvAsian that will be released digitally next month.