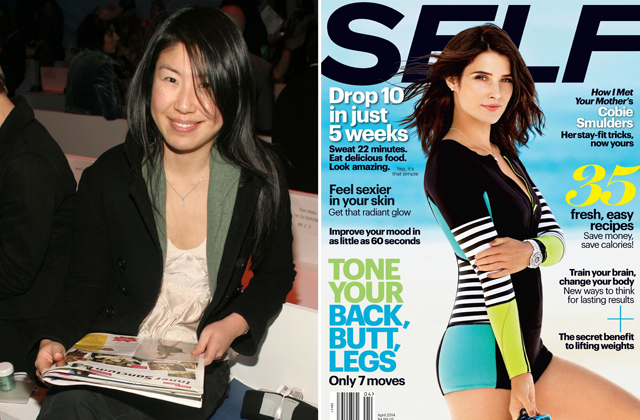 Kevin Tsujihara became the first Asian American to spearhead a major Hollywood studio last year when he was named CEO of Warner Bros. Since then, Tsujihara has made bold moves and exercised diplomatic skills in the unprecedented role, persuading J.K. Rowling to expand the Harry Potter movie series and closing deals for the production of the Oscar-winning film Gravity and the blockbuster Lego Movie. [New York Times]
Joyce Chang has been appointed the new editor-in-chief at Self magazine. Starting May 1, she’ll be taking the reins from current editrix Lucy Danziger, who will be stepping down after leading the helm for 13 years. Chang’s resume obviously impressed Condé Nast’s artistic director, Anna Wintour, with stints at Cosmopolitan, where she is executive editor, Marie Claire, People, Lucky, and The New York Times. Since Wintour’s artistic director reign, this is the second Asian American (after Eva Chen) who she’s hired to lead a Condé magazine. [WWD]

Angela Lee Duckworth, assistant professor in psychology from the University of Pennsylvania, explains in her TED talk that the predictor of success is determined not by IQ but by true grit. Any comment, Amy Chua? [TED]