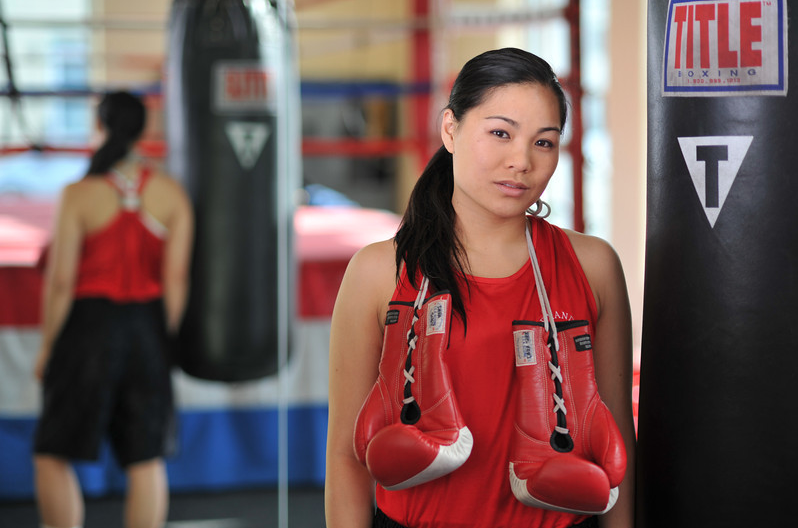 When you imagine a strong, fearless female boxer, let’s be honest—a petite Asian American woman isn’t the first thing that comes to mind. But judging by the looks of 27-year-old elite amateur boxer Dara Shen, who stands at 5’9″ and clocks in at 165 pounds, it’d be wise not to mess with her. Not that she seems to ruffle easily.

“Boxing has a unique culture. It doesn’t matter what color or ethnicity you are. When you’re in the ring, all that matters is how much heart and passion you have,” Shen says. I’ve heard all the Asian jokes, but they don’t faze me.”

Shen was born and raised in San Francisco, but her family moved around frequently as she was growing up. In high school, she lived in Utah for two years while her mother was studying law at Brigham Young University. “I remember being like, ‘Why can’t I have a mom who stays home and bakes cookies?’” Shen laughs.

Next, her family relocated to Alexandria, VA, where she attended four different high schools. Shen kept busy by staying active in sports—playing volleyball and soccer and running in track—but growing up Asian American in a predominantly Caucasian community wasn’t easy, especially when she had to keep starting over. She recalls how she and her younger sister were constantly bullied. “I never knew how to fit in. I even found putting on makeup to be difficult, like wearing different colored eyeliner. [None of] the girls in my school looked like me,” Shen says. 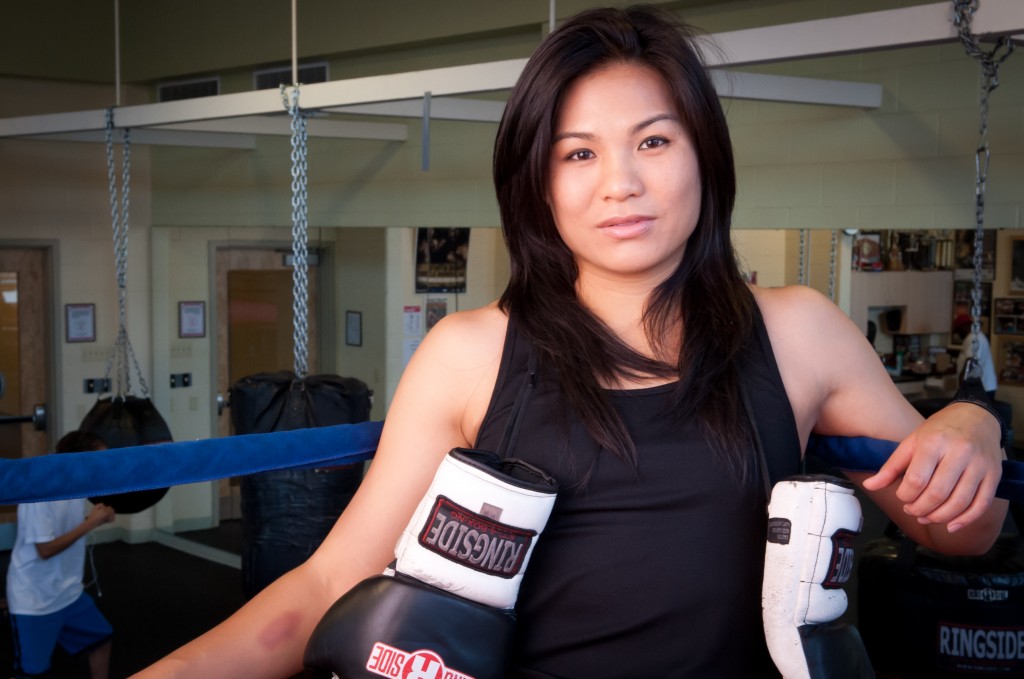 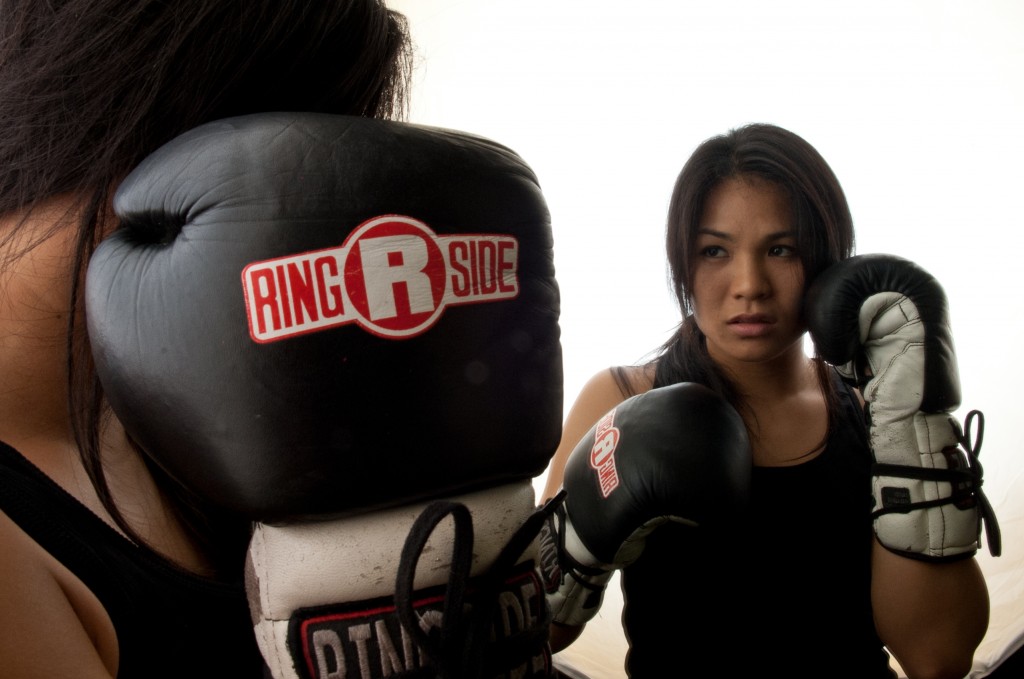 And that’s where boxing arguably made one of the biggest differences in her life. “It wasn’t until I started boxing in college that I finally realized that I didn’t fit in and that’s okay. Boxing gave me the confidence to embrace the way I look and learn how to love myself,” she recalls.

They say every passion has a catalyst, and it’s no different with Shen. She attributes her early boxing days to her breakup with her college boyfriend, who she dated at Virginia Tech. “I had just broken up with my college boyfriend, and I had all this pent-up frustration.” Around the same time, Shen met with a boxing coach at their recreational gym. He taught her the basics and trained her before she moved back to Alexandria after college.

Fast forward seven years: Shen has competed in boxing on both the national and international levels. She was a bronze medalist at the 2011 National Golden Gloves of America boxing tournament and a silver medalist at the 2013 USA National Championships. Moreover, Shen was an alternate for the 2012 London Olympics and a gold medalist for the 2012 Taiwan Olympic Trials. Not too shabby for a Taiwanese American woman who only started boxing less than a decade ago. 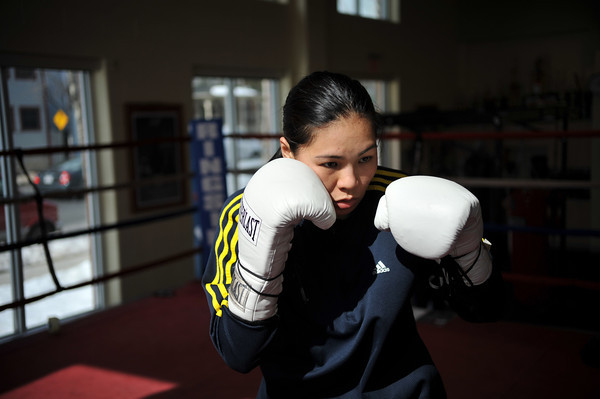 Though she continues to have professional aspirations when it comes to athletics, Shen splits her time between her full-time project management job at a construction and real estate development firm and boxing. She trains at the gym for two hours before heading to work—then goes back to the gym for another three hours after work at 6 pm. A team of coaches, Kay Koroma, Dennis Porter, Ron Simms, and Warren Choi, have all helped her take her boxing to the next level. “Having consistency is the biggest factor. Once something is ingrained in your body, it doesn’t feel natural not to be around it. That’s what separates desire from action. You can turn what you want into what you are,” Shen says.

Her fighting words for all girls: “Boxing taught me the value of being an individual because I was forced to not only question who I was, but also to find out the answer. I want girls to know it’s okay to be different. In fact, being different is way more awesome than being the same as everyone else.”