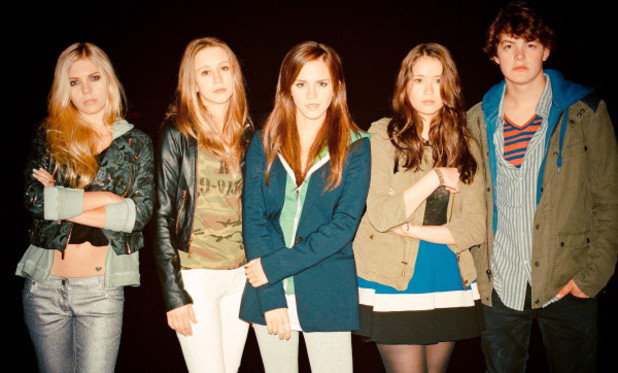 Mochi cover girl Katie Chang stars in Sofia Coppola’s movie, “The Bling Ring,” a fictional account of the teenagers involved in real-life celebrity house robberies in 2008, netting $3 million in cash and belongings. The movie was shot exceptionally well with a quirky, non-traditional movie sequence and indie vibe; it was enjoyable and entertaining for a Friday night out with the girls.
Chang plays Rebecca Lee, the leader of the ring. Knowing full well the dearth of Asian leads in Hollywood, I had almost feared from the trailer shots of Emma Watson that Chang would be delegated to an accomplice and Emma Watson would be made ringleader due to her Harry Potter fame. However, Coppola held true to real life in that regard, and we get to see Chang quite a bit in portraying the “malicious and selfish” teenager who pulled off these robberies. Considering this was the first time I’d seen her act, I was pleasantly impressed. You are drawn into her character’s teenage mind, a cold and calculating one at that, up until the very end when (spoiler alert!) she tries to strike a deal with the police to get herself less time in jail.

The best part of the movie is highlighting the pervasive lack of teenage judgment. Although it seems morally wrong to steal from someone else’s hard-earned money, both Chang and Watson portray how these teens were acting selfishly and were in it for the drama and the “cool” rebellious factor.

One of my favorite lines that really hits home what the movie is all about comes from Chang when she is being interviewed by the police. The policeman tells Chang’s character that he interviewed all the victims of the burglaries, to which she replies, “What did Lindsay [Lohan] say?” Other moments, delivered by Watson’s clever trademark wit, sometimes reflect quotes from the real perpetrators and emphasizes how much the burglaries and even the arrests were like a game to these teenagers. In the beginning, it’s obvious that the celebrities who these teens stole from don’t notice right away the missing items from their massive closet, but as the movie progresses, the audience slowly moves from insider to outsider, seeing the teen robbers for who they really are—self-absorbed criminals with no clue how much trouble they’re getting themselves into.