The Importance of Diversity in Journalism 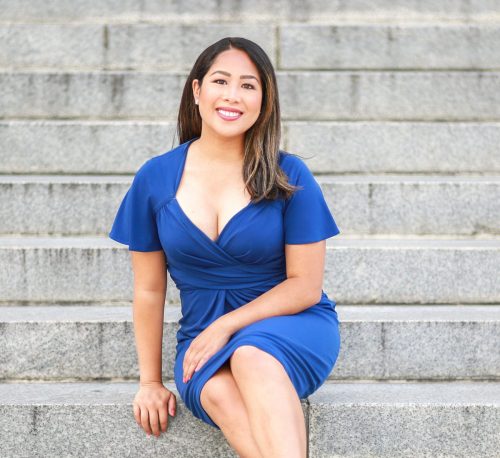 Growing up in Bayside, Queens, I have always been surrounded by diversity. Before going to NYU, my parents sent me to public school. The classrooms were always filled with different races and backgrounds.  The borough itself is known as the most ethnically diverse urban area in the world. That diversity was even reflected in the food. Down the street from my home, I could find my favorite Chinese and Korean restaurants. If I drove a little further, I could find Indian and Hispanic food in Jackson Heights, and my father’s favorite Egyptian dishes in Astoria.

So it was a bit of a surprise to find myself as a minority in my profession. As a TV news journalist, my job has taken me all across the country. I lived in Eugene, Ore. for two years. That was when I realized what being a minority truly meant. It was the first time I looked around a room and had difficulty finding someone who looked like me. I was also at a job where there were no people of color in management and for the longest time no people of color as reporters. My colleagues didn’t understand my experience as a woman of color.

A manager told me that if I tied my hair up I would look Japanese, unaware of how racist that sounded. Months later, I was sent to a white supremacy protest, without any security and not one of my managers checking in with me on how it went or how it made me feel. I was almost attacked at another protest for simply being Asian. I remember crying that day because I had never experienced so much hate at a story simply for my heritage. On that day and many others, I felt alone.

Now I find myself in Nashville, Tenn. again in a predominantly white city. It’s been an interesting year, as protests addressing racial injustice and inequality break out across the country. Conversations about police brutality sparked by George Floyd and Breonna Taylor have made me reflect again on the need for diversity in the newsroom.

I am lucky to work for a company that does its best to emphasize diversity. We had to take mandatory diversity training and we have a diversity team. It’s great to teach one another about diversity, but it will never be the same as actually growing up as a minority. Moments of ignorance and bias easily creep in, like using a Black man’s mug shot in a story but using a white man’s varsity photo for the same kind of arrests, or not showcasing more people of color in powerful positions like doctors and lawyers. This is why we need diverse voices in the newsroom, ones who feel comfortable speaking up. Now more than ever we need minorities not only in the newsroom but in leadership roles to make sure we have fair coverage and are fairly representing the perspectives of minority groups.

According to the most recent data from the News Leaders Association, people of color made up 21.9% of salaried employees reported by all newsrooms in the organization’s annual diversity survey. Speaking up in front of a newsroom with your mostly white colleagues can be intimidating, so it’s important to have allies. A newsroom filled with diversity and people of different backgrounds will only help depict a more accurate, whole and inclusive picture.