Director Jessica Yu Paves The Way For Women in Filmmaking

Jessica Yu’s documentary filmmaking record is impeccable. In 1996, she took home an Academy Award for “Breathing Lessons.” This month, she’ll be honored as a tribute filmmaker at the prestigious Full Frame Documentary Film Festival in Durham, North Carolina.

You’d think that someone who has done so well in the film industry would have always wanted to be in it, but despite her success, Yu’s interest in movies was a gradual one. “It wasn’t like the first time I got to hold a camera, I said, ‘This is for me!’” she says. Instead, she attributes her attraction to documentaries to growing up as a daughter of political activists and sitting around at picket lines as a child. 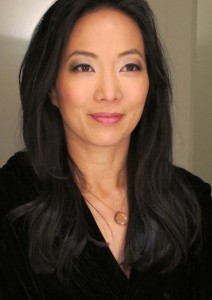 Although Yu says that her parents did not force politics onto her, she agrees that some of it has rubbed off. “I think it was kind of a nice way to grow up with some perspective about the world around us,” says Yu, who worked on television shows like “The West Wing” and “Parenthood,” in addition to directing award-winning documentaries. Her parents were big supporters. “They really raised us with a loose hand in that they never asked us if we had done our homework, or even if we had homework. It was just expected that we would take care of it.”

Perhaps it’s this independence that helped Yu take on project after project until she made a name for herself. But her highly covetable job still seems surreal, and she still finds it hard to wrap her head around how far she’s come. Once, she recalls, “I [was] parking in the director’s space and this old security guard trots up to my window. So, I roll it down and he says, ‘Oh, Miss, I’m sorry, but the director parks here.’ And I said, ‘I know, it’s so weird for me too!’”

Yu is fond of the funny incident, but she also takes the opportunity to comment on the lack of diversity that might have contributed to both the guard’s and her own surprise. “There are just so few women that direct episodic TV—and not many Asians either.” Unsurprisingly, the lack of women in the industry adds a lot of pressure to her work. Yu remembers a conversation she had with another female director when she first started episodic directing: “We were both talking about how we were somewhat motivated by fear, thinking that if we fail, the door will shut for another woman or person of color.” 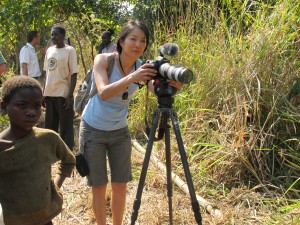 In episodic TV, artistic freedom has to be earned. “When people look at your work, they are seeing what you can uniquely bring to a project. That’s your currency,” Yu explains. For her, success stemmed from a lot of hard work—once she worked on someone else’s project, she learned enough to start her own, then more and more exposure and opportunities followed. “Stepping stone to stone,” as she puts it, is much less intimidating than “having to climb over a mountain.”

But Yu’s best advice? To live day by day. Yu remembers how she always looked ahead toward her future when she first began pursuing filmmaking, but now she knows better. Today, she lives project to project, so that she can celebrate each little success for what it is—and, of course, enjoy her kids. Which is far more rewarding than stressing about the big picture ever was.