Home CareerAuthor Jane Hyun on Breaking Through the Bamboo Ceiling: Where Are We Now?

Author Jane Hyun on Breaking Through the Bamboo Ceiling: Where Are We Now? 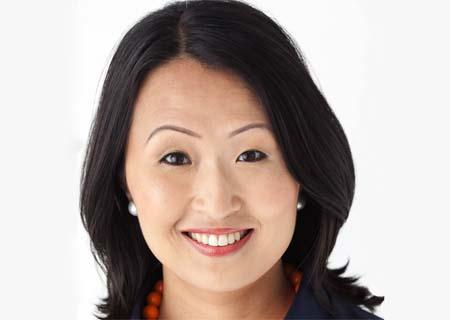 To coincide with the launch of our Outspoken issue and in celebration of Women’s History Month, we leave you with advice from no other than Jane Hyun, a renowned executive leadership coach to Fortune 500 companies, MBA programs, and nonprofit organizations. If Sheryl Sandberg’s Lean In didn’t strike you, Hyun’s Breaking the Bamboo Ceiling might be what you need to finally take that leap and go after a career that you truly want and deserve. We got the chance to pick Hyun’s brain on what many Asian Americans puzzle over—breaking the ubiquitous bamboo ceiling and discuss her latest book, Flex: The New Playbook for Managing Across Differences . Here’s what she had to say:

Mochi: So what exactly is the bamboo ceiling?

JH: I define the bamboo ceiling as the combination of individual, organizational and cultural factors that impede the career progress of Asians inside organizations. “Bamboo Ceiling” is clearly a nod to the term “glass ceiling,” as I wanted to bring to the forefront the importance of understanding that Asians, contrary to popular belief, continue to encounter career barriers, and report being stalled in middle management roles.

Mochi: From the time you wrote Breaking the Bamboo Ceiling, has the “bamboo ceiling” changed, particularly for women?

JH: When I was doing the research for Breaking the Bamboo Ceiling in 2004 and 2005, Asian Americans were rarely discussed in the leadership conversation/diversity table. Additionally, while the population is the fastest growing minority group in the U.S., there is a perception that all Asians and Asian Americans are all well educated and the “model minority myth” is alive and well.

Ten years ago, it was a challenge to make the case to potential publishers the importance of focusing on Asians as a critical and growing talent pool. Hence, while writing the book, I knew we had to create a sense of urgency about the matter.

Since then, I have noticed that there are more people who are talking about Asian Americans. Recently, there have been some interesting media items that have emerged about Asian Americans and the cultural challenges that they face—such as the “Paper Tigers” article in New York magazine by Wesley Yang, which certainly hit a nerve with many, and the “What Kind of Asian Are You?” video with actress Stella Choe, which humorously painted to us the encounters that many Asian Americans have experienced. However, in our workplaces, there is still work to be done to have our voices be fully heard.

A 2013 Catalyst Women in Accounting report showed that multicultural women (inclusive of Asian women) struggled with the “intersectionality” of belonging to two marginalized demographic groups in their workplaces, women and “of color,” a junction that in common parlance might be referred to as a double whammy.

Mochi: What will it take to advance Asian American female leaders in fields like tech and entrepreneurship, versus in a traditional organization?

JH: It will require the efforts of both the Asian American female leader and the corporation to help break down barriers and propel their development.

Individuals can take deliberate steps to identify their objectives at each step in their career development, as well as develop skills (both functional expertise and leadership skills). They can increase their self-awareness about how their cultural values, personality and other traits play into their day-to-day interactions in the workplace.

Forward-thinking companies will also need to create mechanisms to nurture their potential. An example might be to facilitate the identification of mentors and sponsors for young talent coming in the door. Smaller companies or entrepreneurial ventures are less likely to have a large training initiative in place; if your employer doesn’t have these programs in place, you may need to look outside of the company to get the mentoring that you need.

There is more information on practicing cultural adaptive leadership in my book Flex: The New Playbook for Managing Across Differences, which is being released later this month.

JH: In technology, there is an opportunity for Asian American women to make an impact, and contribute to future innovation with their ideas. I am hopeful that demographics and the globalization of business will force organizations to take a more inclusive approach to identifying high potential talent, but there is still a long way to go. Asians have cultural capabilities that organizations cannot afford to ignore, such as language, cultural know-how and relationship building skills that must be leveraged effectively. It is up to all of us to make sure that the next generation of women reaches their full potential. I remain optimistic about the opportunities ahead, and together, we can and will make a difference!