A Life of Risk: How Foreign Correspondent Amna Nawaz Became a Champion for Asian American Issues

Despite her impressive résumé as a foreign correspondent, Amna Nawaz, managing editor of NBC News’ Asian America vertical, never thought she would be a journalist. Her plan had always been to attend law school. But when she received a fellowship with ABC News after college, she thought, “Why not?”

Three weeks into the job, on September 11, 2001, the Twin Towers fell in New York City. 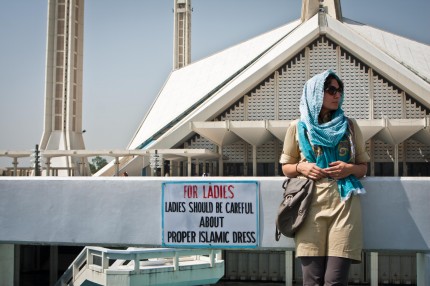 “It was a young adult defining moment for me,” says Nawaz. “Journalism was the key to finding answers. It gave me solace. The more I did it, the more satisfaction I found in it, and the more I loved it.”

Nawaz launched herself into foreign affairs reporting, building up her street smarts along with her writing chops. Before landing her current position at NBC News, she served as bureau chief and correspondent in Islamabad, traveling to work in politically precarious countries like Pakistan, Afghanistan, Turkey, and Syria.

The first question people raise about this line of work typically concerns its dangers. “I never kid myself about the risks, and I don’t think anyone going into conflict zones, where kidnappings and random violence are common, should ever think for a second that they’re immune,” says Nawaz. “You have to be willing to acknowledge and accept that a lot of it comes down to sheer luck.”

While she has considered the worst-case scenarios and calls herself a “worrier by nature,” Nawaz says the more difficult parts have largely been family members’ concerns, heading into unknown situations, and being threatened for her reporting.

“You get accustomed to certain practices,” she says, “for example, putting on body armor. Or, if there was a bombing down the block, you go down a different block. You just adjust your behavior and move along.” Nawaz takes a cool approach to these realities, and she takes a minute to remind us that for many people abroad, that’s simply the way of daily life.

As a female correspondent in this area, Nawaz’s job comes with yet another layer of struggles. She has had to face “the kind of regular harassment that’s specific to being a woman in places where women are largely absent from public spaces or circles of power: lewd comments, heckling, groping, and pushing in crowds where young men think they can get away with it.” 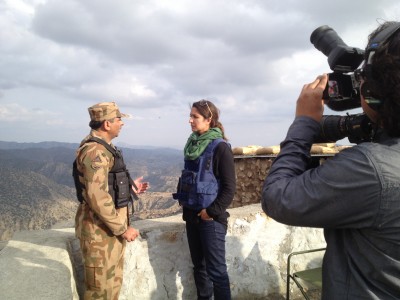 There’s not much to do about it, she says, so she’s focused on her work while respecting the culture she’s in—and knowing how to get out quickly when things don’t feel right. She adds, “Speaking the language helps. There’s nothing like being able to tell off someone who just groped you by saying, ‘You should be ashamed of yourself!’ in his own language.”

But this chapter of her career came with its rewards as well. Nawaz, a Pakistani American, cherishes the time she spent reporting in her home country. Despite the turmoil in Pakistan, working there allowed her to revisit her childhood roots. “I spent a lot of time there as a kid,” she says. “Going back there as an adult and professional was a completely different experience. I got to see it with fresh eyes.”

When the opportunity to helm NBC News’ Asian America vertical came up, Nawaz jumped at the chance to help build a project from scratch. Though covering Asian American news was a new beat, the transition wasn’t as difficult as she had expected; for her, people remain the heart of every story. She explains her motivation: “I have the chance to be able to create something new and to be able to tell the stories I wanted to see growing up.”

It’s not an easy job, to say the least. Her reporters strive to cover a wide range of topics—from immigration to pop culture to politics—that resonate beyond Asian American communities. After all, identity, social issues, and inequality are aspects of life that are universally relevant. There are naturally many perspectives to consider, and even when it comes to Asian American-specific issues, Nawaz points out how broad the term is.

“Covering your own America, you have to cover it with fresh eyes,” Nawaz says.

At the same time, she notes that journalists of color sometimes feel pressured to represent broad ethnic groups whose experiences may not necessarily be their own. “You feel that way because you’re the only minority in the room, and it’s a dangerous trap for a lot of minorities. I know my experience does not reflect every Muslim Pakistani in America—I represent my views and my issues.”

Of course, being able to share her voice at all is valuable—and it’s a responsibility she does not take lightly. “Growing up, no one on TV looked like me,” Nawaz says. “If I’m to represent someone’s experiences out there, with someone thinking, ‘That’s something I can relate to,’ that’s great.”