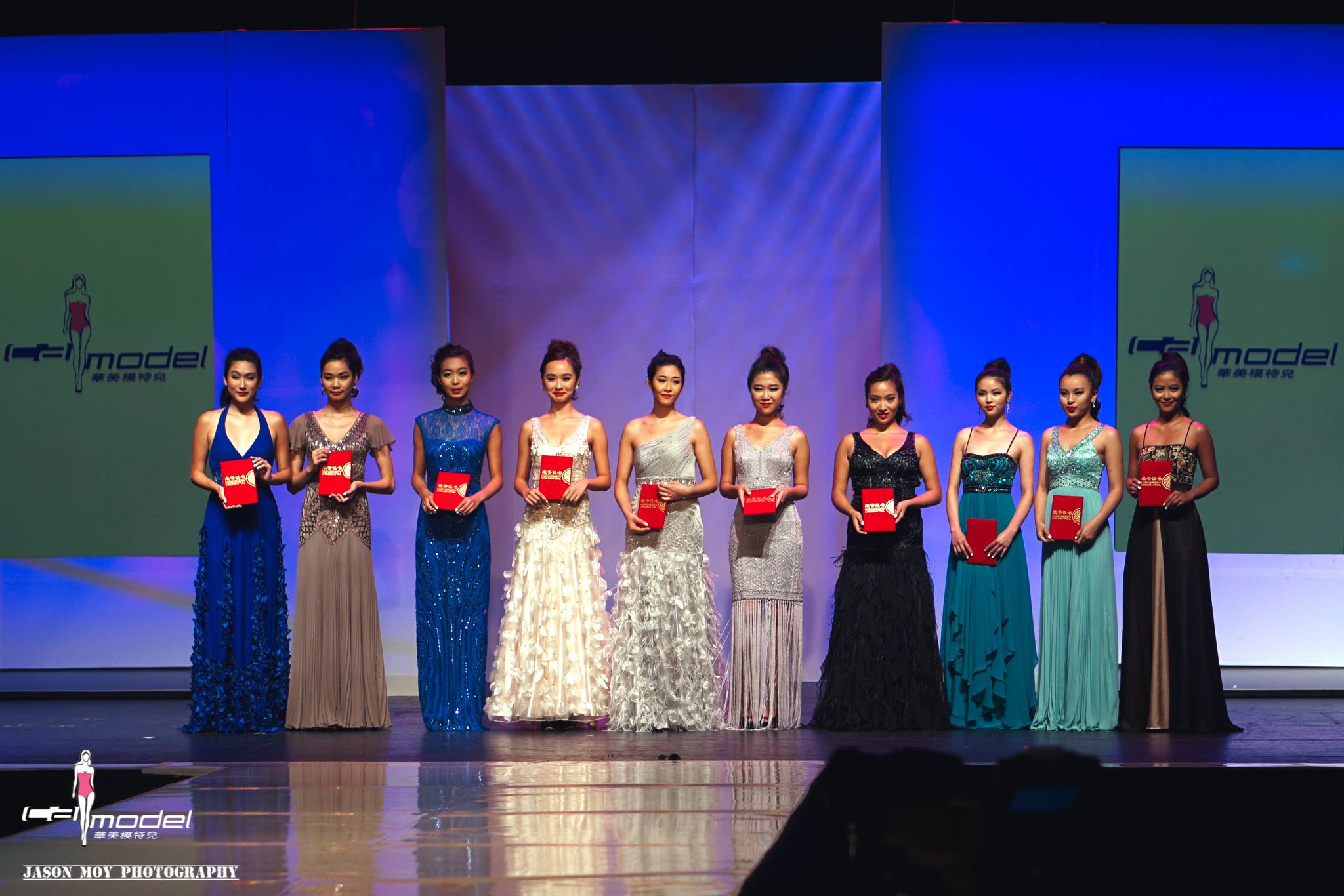 In what could be called the Chinese American version of America’s Next Top Model, the winner of the first CA Model Competition was crowned this past Saturday, August 23, at Terminal 5 in New York City. Ten contestants competed for the title CA Model, a competition designed to uncover and develop models of Chinese heritage.
The competition began in June, where the contestants went through rigorous training and a trip to China. Saturday’s finale was a fierce competition complete with 5 rounds, including contemporary wear by ANGG NY, cocktail dresses by Bread n Butter, swimwear by Carmen Marc Valvo and Swimwear Anywhere, evening wear by Sue Wong, and high fashion by ANGG NY. Each round was followed by honest feedback from the judges Eva Chen of M Group Modelline modeling agency, Carmen Marc Valvo, and Phu Styles. It takes thick skin to make it in this business: The judges commented that a contestant’s walk looked “awkward, [like a] bird with a broken wing that needs repairing” and told another contestant that she “doesn’t give the photographer what he needs” with her poses.

After the fourth round, the group was narrowed to five for the final round. But all the contestants went home winners. Each one received a Certificate of Achievement and a modeling contract from M Group Modelline to continue their dreams of becoming models.

So what happens now? A reality show is in the works for October that follows the contestants throughout the competition. For more, visit http://chinesemodels.us.