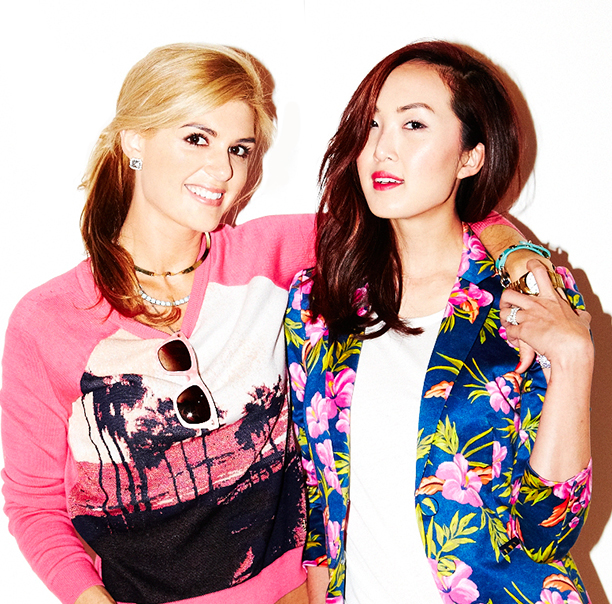 Other than al fresco meals and iced coffees, warmer weather means music festival season is underway. We kick off this season with Coachella, one of the most highly anticipated jam fests of the year. The 2013 lineup includes the Red Hot Chili Peppers, the xx, Vampire Weekend, Phoenix, the Yeah Yeah Yeahs, and Modest Mouse, among others. But it isn’t only the music we’re interested in; Coachella is also the biggest fashion gathering of the year with the exception of fashion week. Neon shorts and pants, florals, chambray shirts, jean jackets, Ray Ban sunglasses, what new fashion trends will we see this year?  Chriselle Lim, one of our favorite bloggers, recently teamed up with Juicy Couture and Who What Wear to be the official festival style ambassador at Coachella. So if you’re not one of the lucky few headed to Indio, you can follow Chriselle’s festival fashion adventures on the Who What Wear Coachella coverage page.
Need some career inspiration? Check out Glamour‘s 2013 Top 10 College Women, which features 21-year-old Alice Lee, an operations and information management major at the University of Pennsylvania. How did she make the list? Lee’s dream job has always been to work for Instagram, so to get their attention, she launched her own web resume called “Dear Instagram,” where she combined her love for technology and photography. Lee’s resume receive 80,00 views within a week, and soon enough, she was on the phone with the company’s CEO. Today, Lee is the youngest product designer at DropBox.

Meet Awkwafina, the first female Asian rap artist, also known as Nora Lum. Lum grew up in Forest Hills, Queens, and in stereotypical Asian upbringing fashion, she learned how to play a musical instrument, the trumpet. In October 2012, Awkwafina released her first single “My Vag” and became an overnight Asian sensation.  Check out the video for her latest single “NYC Bitche$” here. We can’t wait to see what Awkwafina has line up as she changes the face of rap AND Asian Americans in music.