Home Beauty, HealthThink Before You Ink: Things to Consider Before Getting Your First Tattoo

Think Before You Ink: Things to Consider Before Getting Your First Tattoo 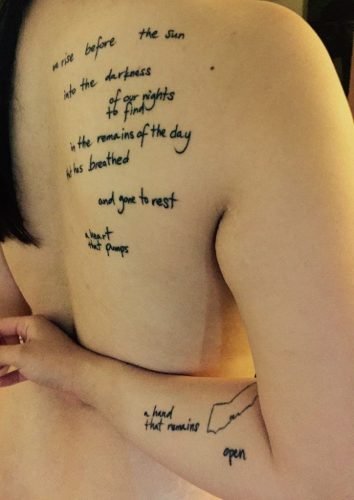 There are many reasons why people get tattoos, whether they’re motivated by adventure, artistry, or religion. Ten percent of girls have tattoos at any given time, and many people consider getting a tattoo but never do. If you’re thinking about it, there are a few things you should consider first.

The most obvious issue—it’s forever
Rebecca, 24, decided to get her first tattoo a few days after she turned 18. “I was drawing a small silhouette of two flying seagulls on my wrist with a pen for almost half a year, every day, before I turned 18. That’s how I knew that I really wanted it and would be okay with the permanence.”

Although there are ways to remove tattoos, they don’t always go away perfectly. You really have to think about it and make sure it’s something you’re okay with lasting forever.

You could know that a certain tattoo design is right for you if you’ve always liked it. “I had a bracelet that had the ohm symbol,” says Tiffany, 24. “It’s calming, the idea of unity, everything in the world being connected. My bracelets kept breaking so I thought I might as well get a tattoo.”

Accepted, but not by all
The more difficult decision was whether to tell her parents, which Tiffany didn’t. Her parents found out months afterward, and “they were very mad, very disappointed,” she remembers. “My parents are really strict and they thought tattoos make you a bad person.” 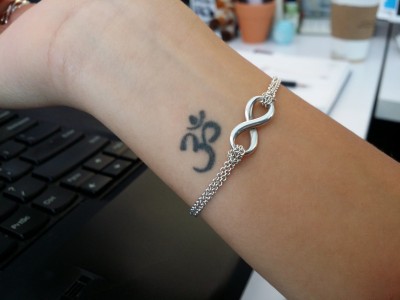 Parents may have a negative view of tattoos because there are studies that show an association (not a causation) between tattoos (“body modification” in the scientific literature) and a greater likelihood of risk-taking behaviors, gateway drug use, and increased sexual activity. When it comes to girls, suicidal thoughts were associated too, especially in those who were younger when they got inked.

The truth is that more than half of people who have body modifications (tattoos or piercings) don’t abuse drugs or alcohol. It’s the association that parents and traditional society focus on. In the end, it’s your personal values that stop you from engaging in those other behaviors.

Staying clean
Tattoos are injections of colored dye into the top two layers of the skin (dermis and epidermis) with needles at a speed of 50 to 3000 times a minute. Because it breaks the skin, there are health risks. Infections are the most common, including on the outside skin itself, from bacteria like Staphylococcus or Streptococcus, or transmitted through the needle, like HIV and Hepatitis B or C.

However, the rate of needle-transmitted infections is hard to prove because studies would have to test everyone before and after tattoos and prove it was from the needles. It’s illegal for tattoo parlors across the nation to use dirty needles. Many states have regulations in place so that tattoo artists must have training and pass exams on sanitation, common infections and side effects.  Though half of people get tattoos at a parlor, another third can get them at tattoo parties, where needles are much less likely to be sanitized.

Adam Vu, a 29-year-old artist who travels the world tattooing others, has to take a “blood-borne pathogens” training class every year to keep his tattoo license, mandatory for California tattoo artists. “I also use disposable needles and wear sterile gloves,” he says. “If I need to use steel, I sterilize them too beforehand and nobody ever had any problems with my tattoos.” 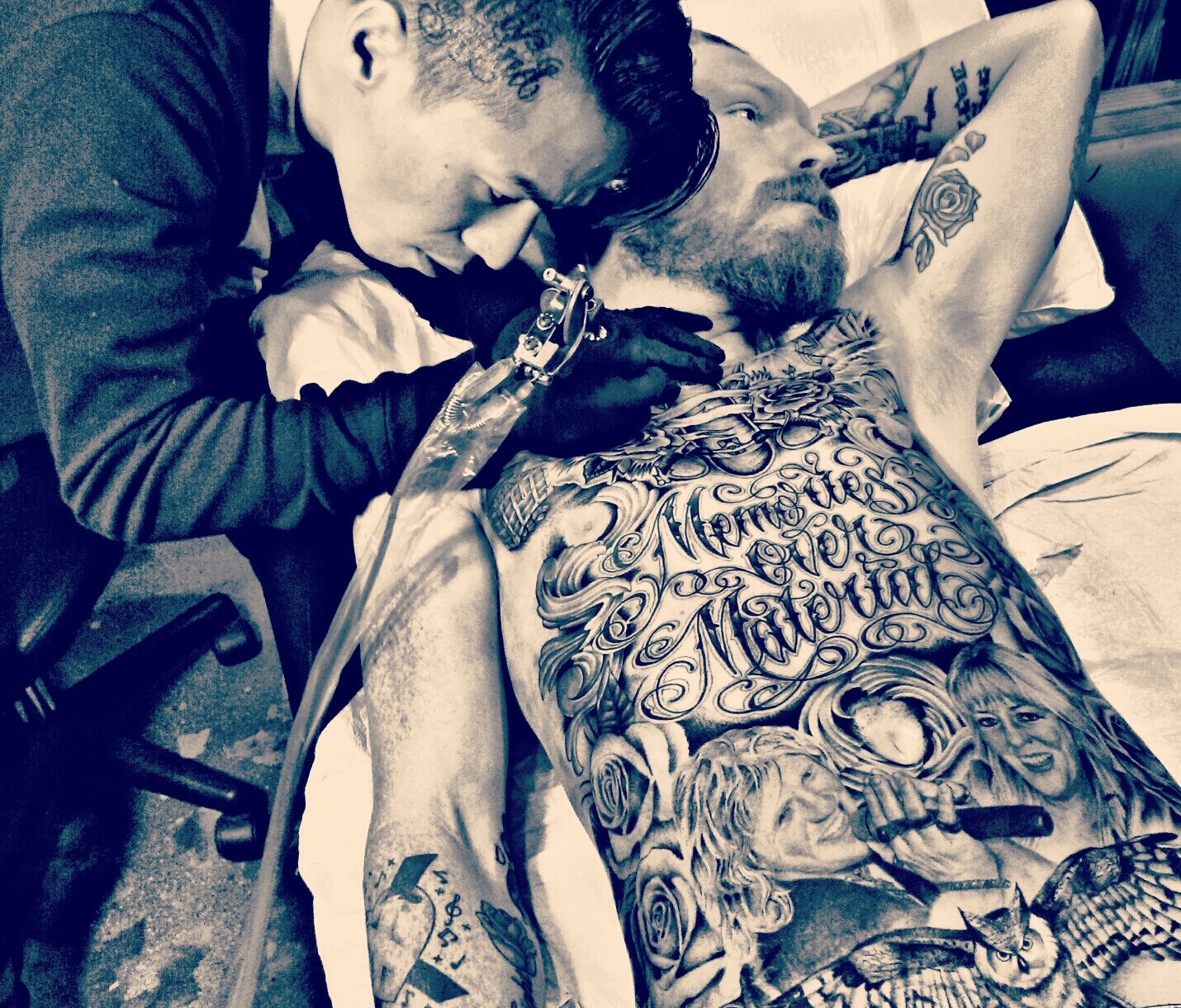 She says, “I just wanted to get it done as soon as I could. As a result, the work he did was very disappointing—the lines of the tattoo were not clean, and more importantly, he was disrespectful to the point of carelessness.”

Adam agrees: “Just because the design is simple doesn’t mean any artist can do it—it can come out crooked or get wrinkled depending on the area you’re getting it. Also, any time you don’t know the tattoo artist personally, but someone says they’re going to hook you up, it’s usually just for the money and not going to come out well. Good tattoos aren’t cheap and cheap tattoos aren’t good, as cliché as that sounds.”

It is also important to choose your artist based on style.

“If you’re going to get Japanese work, go get it from someone who knows how to do Japanese,” says Adam. “I could do a red lotus if you asked me to, but I don’t like working with color, and if you see my portfolio, it’s mostly black, white, or grays. So as experienced as I am, it probably wouldn’t come out the way you’d like.”

Bottom line—ink is art and artists take time to perfect their craft. Take the time to choose the right artist to represent what you want and make sure you’re getting a tattoo from a legitimate professional. Tattoos are just another form of self-expression, but a more permanent, visual method.

Since it’s on display for the world to see, isn’t it worth taking the time to do right?

One Reply to “Think Before You Ink: Things to Consider Before Getting Your First Tattoo”