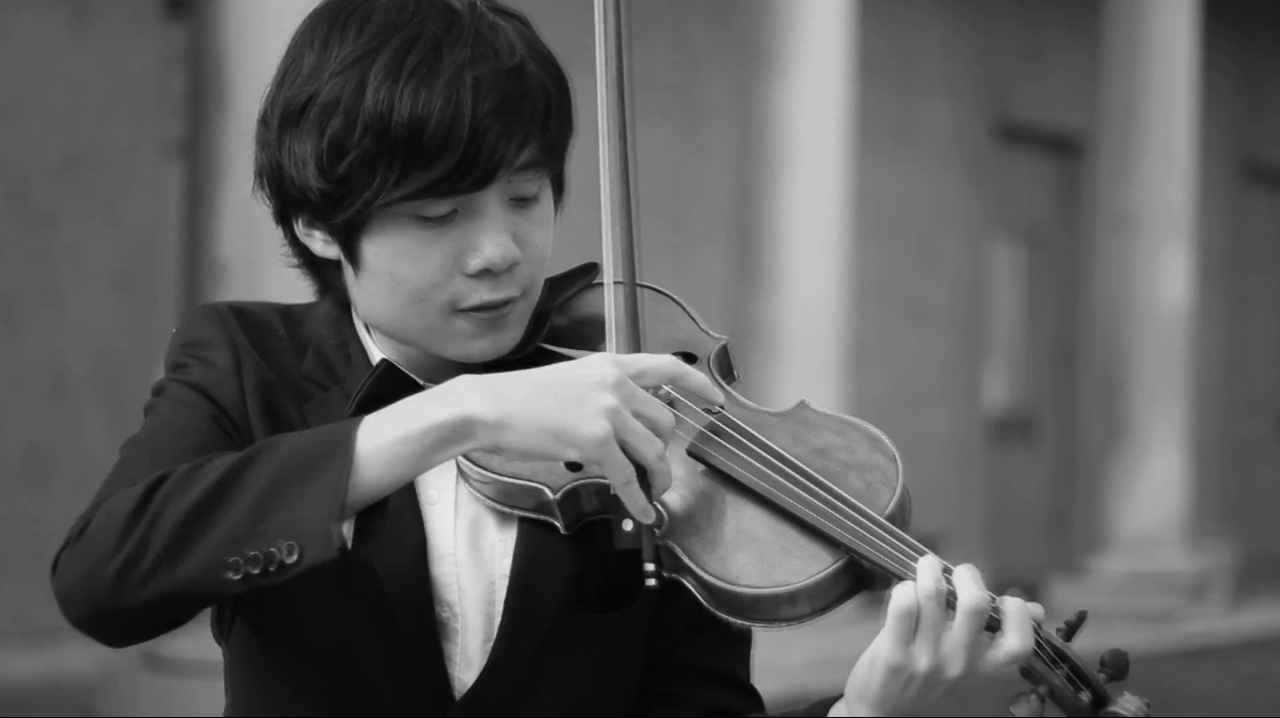 Musician Albert Chang is not your typical violinist. In addition to attending Pomona College, he’s a magician and a filmmaker. Chang started playing piano when he was five years old, then picked up the violin two years later before deciding to focus on just the violin. Since then, he has learned how to play the viola, ukulele, bass guitar, as well as do beat boxing. Combining his love for music, magic and film, he’s posted his covers of popular pop songs such as “Someone I Used to Know” and “Viva la Vida” on YouTube under the name “sleightlymusical.”

Mochi: For your larger orchestral covers, where do you find other people to play with you?

Chang: I attend Pomona College, which is a small liberal arts college located in Claremont, California. While we are pretty small, many of my friends have been involved in musical ensembles since K-12, and have continued to play in our college orchestra. I’m fortunate enough that many of these friends support what I do and volunteer to be in my videos when I need about a dozen of players for my larger productions. Not only do they spend their time learning and recording their parts, but they show a lot of enthusiasm and excitement while doing so. These collaborations with my friends exemplify the communal experience I enjoy most from playing music.

Mochi: Many of your videos contain clips shot at multiple angles and locations. How long does it take you to arrange, film, edit and produce?

Chang: For my videos, I conceive and plan them as early as several months in advance and start arranging and practicing them several weeks prior to the shoot. I record the audio separate from the video; for the full-string ensemble sound, it takes as long as 10 hours to record multiple parts and upwards to 20-30 hours to edit the audio, so the final mix sounds clean and balanced (the most parts I’ve had in one video is 80 parts!). For the actual video shoot, I spend roughly 3-4 hours filming from multiple angles, which includes transportation time and set up time. Finally, the video editing takes me roughly 10-20 hours, in order to sync the videos with the studio recording, as well as cutting and color correcting the individual video clips.

Mochi: Who are your musical influences?

Chang: If you’ve browsed through all my covers, you can probably tell that there doesn’t seem to be a single musical genre that I prefer. However, all my covers tend to draw upon a similar style; I really love the sound of full-string ensembles, ranging from quartets to a full orchestra. Regardless of the genre, there is an unmistakable classical influence to all my covers, drawing upon the chamber and orchestral arrangements of composers like Schubert and Borodin.

I am also influenced by several acappella arrangers and groups (I was in an acapella group in college). I particularly love the way certain acappella groups totally re-imagine pop songs—namely Pentatonix—through the use of interesting harmonies, rhythmic patterns, and musical effects. Therefore, when I try to make certain pop songs more musically engaging, I often listen to acappella covers for inspiration.

From a performer’s standpoint, I greatly respect both classical and pop instrumentalists. As a violinist, I love the recordings of old greats, like Heifetz and Milstein, as well as newer age violinists, such as Hilary Hahn and Ray Chen. From a pop/film music standpoint, I admire Time for Three, the Piano Guys, and 2 Cellos. These three groups I believe are the perfect examples of the successful fusion between classical and popular music; they are all extremely technically talented at their respective instruments and help get more younger audiences interested in classical music, which I think is absolutely phenomenal.