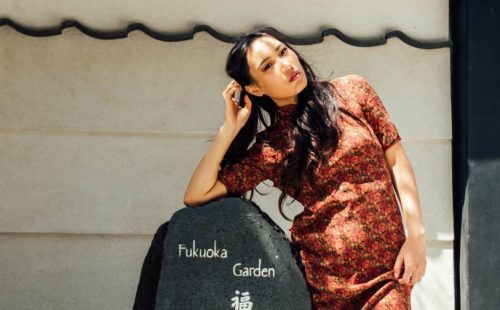 Due to the pandemic that created a wave of anti-China sentiments and shut down movie theaters, the release of Disney’s live-action “Mulan” (2020) was postponed by months — none of which bode well for a film three years in the making. For actors new to the global screen, like Xana Tang, the movie has been quite a journey as well. Tang plays Xiu, Mulan’s younger sister. And as one of the few women in the cast, Tang stands out, but she almost wasn’t going to be in the movie. In fact, “Mulan” was the fork in her path, deciding whether she would continue acting or not.

After Tang auditioned for “Mulan” in October 2016, her agent didn’t hear back about the audition for quite some time, leading Tang to believe she wasn’t needed for the job. She was crushed: “You put your heart on the line and you are rejected time after time.” She recalled asking herself, “Do I want to do this for the rest of my life? Am I strong enough to take this rejection that feels so personal?”

Despite what appeared to be a dead end, Tang decided to stick to it. She revealed, “I didn’t want to be retired at 65 and say to my kids, ‘I wonder what it’d be like if I tried to be an actor.’” Her perseverance paid off. In April 2018, it was announced that she would play Xiu, a new character in the live-action movie. Tang described her decision to keep trying as something that has “really come back to me tenfold.”

“Mulan” is home for Tang in many ways. It was filmed in New Zealand, where Tang grew up. “It’s very spacious and green. Growing up, I spent a lot of time riding my bike. Because I was the youngest of my family, I was babied a lot. My bike gave me a feeling of freedom,” she said.

Her job now allows her to do both of those things. But one role Tang shares in common with Xiu is that of the daughter. When she shared the news of the casting with her family, they reacted stoically. “None of them are part of the industry,” Tang explained. “No one knows anything about the chaos of the film industry; they’re all very grounded and real. I told my sisters, and they were like, ‘Okay, cool.’

“When the official trailer came out, I ran and showed my mom. She said, ‘I’ve got something to do,’ and never ended up watching it. Later on, I heard the instrumental of ‘Reflection’ downstairs. When I saw my mom watching it on her own, I felt moved. Without looking up from the screen, she said, ‘I’m going to watch it many times.’”

When Tang showed her dad the trailer, in true dad (or perhaps Hua Zhou) fashion, he didn’t say anything. “I replayed the part I was in, the first minute of the trailer, three times. My dad turned to me and said, ‘Are you in this?’ Maybe he thought I looked similar to everyone else!”

In addition to appearing on screen, Tang is also a voice actor in “Tales of Nai-Nai,” an animated series about Kiwi twins who go on adventures through their grandmother’s stories and life lessons. “Voicework is very interesting,” she said. “It requires you to isolate one part of their instrument — you can’t rely on what you look like, how you move, or what you’re wearing. All of that is stripped away.”

For a fuller look at Tang as an actor, she recommends watching “Dead Lucky,” an Australian show. “It’s a crime series, the show where I met Yoson An.” (An, who plays Honghui in “Mulan,” is also from New Zealand.) Tang revealed, “As a viewer, you see how easy everything looks. […] That experience is the one where I felt like I earned the title of an actor, not just speaking lines.”

From the start of her journey, Tang has made it a point to uplift other Asian artists. For the “Mulan” premiere, she did “a lot of Instagram stalking” to help her get ready. “The stylist, the woman who made my gown, my glam team — they are all Asian creatives. We are so talented, but we make ourselves small,” she said. Tang wants to use her platform to tell Asian women, “We are masters in our own right.”