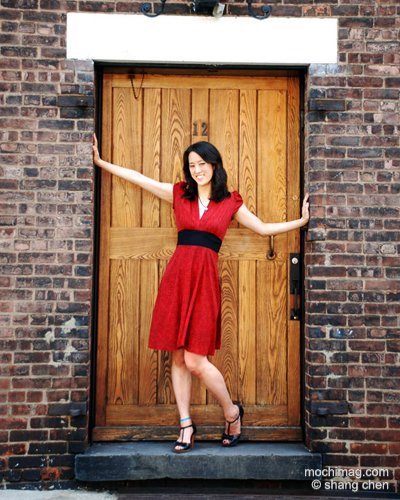 Even though singer-songwriter Vienna Teng has been making music since she was five, it was only a couple of years ago that the sultry songstress was a software engineer working a nine-to-five in a cubicle by day and uploading her acoustic mp3s to the web by night.

Classically trained in piano and composing original pieces since she was six, Vienna (born Cynthia Yih Shih) put her musical aspirations on hold while she attended college. At Stanford University, Vienna was originally on the pre-med track, but later switched to pursue computer science because she considered a career in music impractical.

Three albums and several tours later, Vienna, presently 29 and a veteran of the indie music scene, can now safely acknowledge that her talent and creativity trumped practicality. But like many other Asian American artists, she initially wavered between the seemingly tethered life of socially acceptable career paths and the growing tendrils of her own creativity.

“My dad was the one who encouraged me [to pursue computer science in college],” said Vienna, “but my parents were surprised that I chose it. They thought I’d go into history or English or something.” She chose computer science precisely because it was a field that she could pursue, but also leave at any time.

“I knew all along it wasn’t what I wanted to do,” said Vienna. “I thought maybe I had a real shot at doing music.” Vienna describes her sound as “chamber folk,” which is “anchored in the pop world and the ‘70s music” that she listened to as a child.

She joined an A-Cappella group at Stanford, composing original music during her free moments away from classes and exams. Continuing to straddle her creative and professional ambitions after graduation, Vienna took on a job as a software engineer at Cisco Systems, creating and playing music whenever she could in her downtime.

“I was working during the day in a cubicle, doing open mics at night, and putting my mp3s on the web,” she says. “Like a lot of people, I worked my day job until I got a break.” That break came along in 2002 when Virt Records, an independent record label based in Seattle, approached the sultry-voiced musician to join the label and go on tour. Having spent two years as a software engineer, she decided it was finally time to pursue her dream full-time.

Since then, Vienna has never looked back, and her family has been more than supportive.

Although her parents worry about her well-being as an independent musician living in New York City, Vienna said, “My parents were just sort of resigned to the fact, like, ‘We kind of saw that one coming, and we know that you’re happy, so that’s the important thing,’” As a female artiste and a minority, being a musician can sometimes come with added obstacles. However, in Vienna’s case, she says that has never been a problem.

Describing the mainstream response to her music as “overwhelmingly positive,” she said being Asian American “has never ever been a liability.”

“I was surprised because there’s nothing particularly Asian American about my music,” she said. “I don’t talk about Asian American issues or cultural heritage, but mainstream readiness to see minorities is here. And within the Asian American community there are enough pioneers for it to be legitimate to go into the arts. It’s something that has got enough visibility where you can tell your parents about it.” 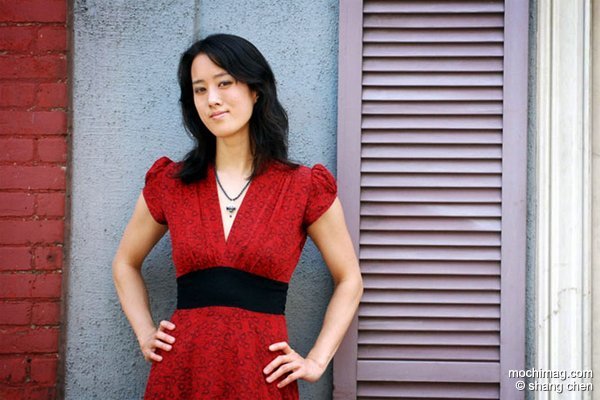 Having completed her eco-friendly Green Caravan Tour last April, Vienna is currently working on her fourth album with co-producer and percussionist Alex Wong.

Tracks on this new album will push the envelope and vary more than her jazzy 2006 album, Dreaming Through The Noise, though it will include the usual classical and chamber influences. It is set to be released in early 2009 by Zoë/Rounder Records, after which, who knows? Vienna might consider going back to academic grind after all, especially after her efforts on her 2007 tour.

“[The tour] wasn’t just about music and playing shows, but getting involved in the community,” she said of the Green Caravan Tour, during which she and her bandmates volunteered with Habitat for Humanity and sold organic products such as organic cotton totes and t-shirts, and other products made of recycled material.

“I’m hoping to go back to school and study sustainable development and environmentally friendly solutions,” said Vienna. After the promotional cycle for the upcoming album, she is interested in possibly returning to her alma mater in California for business school and focusing on social entrepreneurship.

This is likely relieving news for her grandmother. “[She] worries about me a lot, since I work in an uncertain field,” said Vienna. “It’s not something her generation considers a real career.”

Vienna is currently working on a track called “Grandmother Song.”

“My grandmother tells me to go to grad school and find a man. At first I sort of rolled my eyes, but then I realized where she was coming from,” she said. “So I turned it into a song. I hope she doesn’t kill me.”