The Sweet Life of Brenda Song 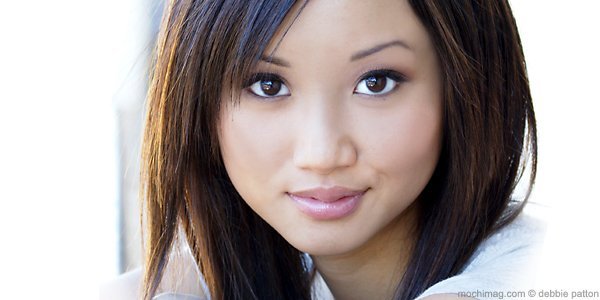 For as long as she can remember, Brenda Song has wanted to be an actress. “My imagination, as a child, was huge,” she recalls. “It’s all I wanted to do.” With parents who were “supportive of anything,” Brenda got her first role at age five doing a commercial for Little Caesars. A few short years later, a manager introduced Brenda to Elizabeth Sung, who at the time was directing a short autobiographical film and looking to cast someone as her younger self. Sung had met with 20 girls when Brenda came along.

“She came in confident,” says Sung. “She was very focused, and it was very obvious that she loved what she was doing.” Unafraid, Brenda took the stage and impressed Sung with her “spontaneity, sense of ease, and playfulness.” Sung remembers an innate quality in Brenda that helped her stand out as a “smart, intelligent girl that talks to you like she’s a little adult.” She became the first director to cast Brenda in a film, giving the then seven-year-old a role in her short film “Requiem.”

From there, Brenda was on her path to fame. She signed a contract with Disney in 2002, and has been a familiar face on the small screen ever since. Judy Taylor, the vice president of casting and talent relations at Disney, remembers her initial meeting with Brenda and the way the actress lit up any room she walked into. “She’s completely engaging, and you want to spend time with her,” Taylor says. On top of that, Taylor recognized that even at age 14, Brenda was a talented actress who was great with comedy.

But eliciting laughs wasn’t Brenda’s only skill. As a young girl, Brenda’s mother wanted her and her brother to participate in extracurriculars. Brenda begged to take ballet, while her younger brother Timmy was set on taekwondo. However, “my mom only wanted to take us to one place,” she says. And since it was unlikely that Timmy would join ballet class, Brenda had to tag along to taekwondo. “I cried all the way through my first class,” she says. But eventually, she fell in love with it—while Timmy quit halfway through, Brenda went on to get a black belt. Her unique athletic ability made her a prime candidate for her first starring role in a movie as Wendy Wu, a girl who revisits her Chinese heritage and uses martial arts to save the world. According to Lydia Look, one of the script’s cowriters, the directors of “Wendy Wu: Homecoming Warrior” were having trouble finding a suitable actor with both the comedic presence and taekwondo ability to play the main character, originally named Kenny Lu. “Brenda was originally brought in to play the [supporting] monk’s role,” says Look. “We started training with her in martial arts, and that’s when we realized that she should be Kenny Lu.” They quickly switched things around and offered Brenda the lead in the movie. “She had the perfect combination of wit and martial arts,” said Look. The movie was such a hit that a sequel—in which Wendy Wu returns to China—is currently in the works. 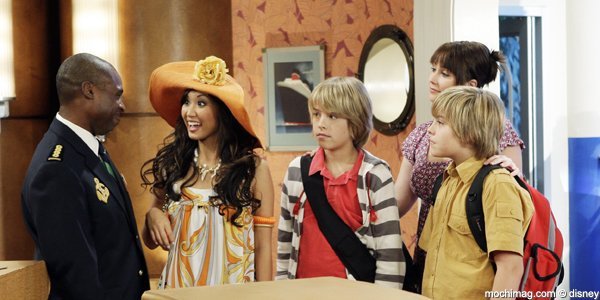 Brenda’s agenda doesn’t stop there, though. After a successful run on “The Suite Life” as hotel heiress London Tipton, she has a starring role in its spinoff, “The Suite Life on Deck.” As one of the more seasoned actresses on set, Brenda has taken on a sisterly role, serving as a mentor for some of the younger actresses such as Debby Ryan, who is five years younger than her. At their first meeting, Debby remembers being starstruck and nervous about sharing a stage with someone she had watched on TV growing up. “She teaches me new things every day,” says Debby. She adds that Brenda’s calm presence keeps the younger actors grounded on the set. “She watches out for us, and I can’t think of a better female coworker to have.”

While acting is Brenda’s first love, she loves to read, cook, and bake in what little spare time she has. She separates her professional and personal life by making a conscious effort to draw a definitive line between the two. “I’m 20 years old,” says Brenda. “I want to go have fun, to be able to go to the movies with my brothers.” Most of her free time is spent with her family, especially younger brothers Timmy, 18, and sous-chef Nathan, 12, whom she affectionately calls Nay-nay. Though the two drive her insane—like all little brothers do—all three are extremely good friends. When Timmy turned 18 and graduated from high school in the same week, Brenda remembers tearing up at the idea of her younger brother growing up so quickly. Luckily for her, he’ll be attending college in California, close to the family.

As for Brenda, she manages to squeeze in courses at UC Berkeley while the cameras aren’t rolling. Her best friend Danielle Panabaker, who she met on the set of “Stuck in the Suburbs,” had taken courses in psychology and suggested the same for Brenda. Brenda fell in love with the subject after taking an elective in high school and now plans to get her bachelor’s degree in psychology. “It works hand-in-hand with my acting,” says Brenda. “It teaches you why people do certain things, and it helps me get into character.” Brenda’s dad is a secondary school teacher, so the importance of education has been drilled into Brenda since she was young. “It’s a personal endeavor for me,” she says. “Education is the one thing that no one can take away from you. It’s what you learn, and what you take from it.” 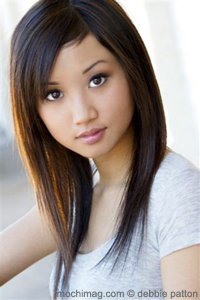 Understanding the importance of education isn’t the only thing Brenda’s learned from her parents. Brenda is half Hmong and half Thai, and while she loves being American, she’s also very attached to her parents’ native cultures. Her dad only speaks Hmong at home, so Brenda has picked up the language. “I speak it with a little bit of my valley girl accent,” she jokes. “It’s such a close-knit culture, and very family-oriented. As with many Asian cultures, no matter where you branch off, you’re family.” Brenda also laughingly admits that her favorite part about the Hmong culture is the food. “There’s a chicken drumstick dish where they stuff it with noodles,” she says. “It’s my favorite dish.”

Like many others, growing up as an Asian American was both a challenge and a blessing for Brenda. “Being an actress is difficult,” says Brenda. “Sometimes they won’t look at you because you don’t have blue eyes and blond hair, and it’s 10 times as hard to get through the door.”

But Brenda is realistic about the industry. “Sometimes they’re just not looking for an Asian actress,” she says. “That was difficult when I was younger, but it’s all part of the job.” And in true Brenda style, she takes everything in stride. “At the end of the day, it makes you a better person. You can’t think of yourself as an Asian American actress. It’s not about what you look like, it’s about what you do … and who you are as a person.” Though Brenda doesn’t believe that she’s faced much discrimination as an actress, director Elizabeth Sung thinks that isn’t the case for most Asian American actors. “Brenda is a special case,” she says about the young girl she discovered in 1995. “Her talent cuts through all doors—it just knocks them down. It’s credit to Brenda’s unique talent.” Even at six years old, Brenda told Sung on the set of “Requiem” that she wanted to be a director one day. “I wouldn’t be surprised if she’s a show-runner one day,” says Sung. “She will be the role model that inspires a lot more young Brendas to come.”

How does Brenda feel about being a role model to young girls everywhere, from budding Disney stars to young Asian American girls with dreams of acting? “Oh goodness,” she says. “I hope I can set a good example. If I can do it, anyone can. I’m living my dream every single day.”