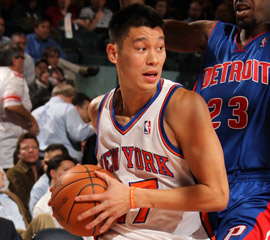 Full confession: I am as caught up in the irrationality and blind fandom of Linsanity as it is humanly possible to be. As a Taiwanese American who spent a significant portion of my life growing up in Taiwan, I realize this is pretty much expected from my background alone. If the Jeremy Lin bandwagon has a bulletproof, criticism-free section, I’m sitting squarely in it.

Still, I like to think of myself as someone who is not easily susceptible to blind ethnic pride. I’m not big on the Asian American YouTube artists that others seem to love. I like baseball, but didn’t have any particular reaction to Wang Chien-Ming, the Taiwanese Yankees player, even back when he was playing at an all-star level and Taiwan was losing its collective mind. I was a big fan of Yao Ming, because he was a gracious and incredibly skilled player whose injuries never gave him a fair chance, but compared to Linsanity, that was a rational fandom. This—to say the least—is not. I once searched “Jeremy Lin” on Google News and went through every news story link I could find. That’s not something I’ve done for anyone else, probably because it’s insane and a little creepy.

I realize the very nature of the Jeremy Lin story is intrinsically more compelling than any other sports story—or Hollywood script, for that matter. By now, the elements of the legend are pretty clear, and have been dissected ad nauseum by the media: Taiwanese American kid, who may have been overlooked by recruiters from top schools due to his race, goes to Harvard—great brand name for a fairy-tale story, by the way, but terrible school for sports. He goes undrafted by NBA teams, gets cut by two teams as the equivalent of a walk-on, gets his shot in New York, proceeds to dominate the NBA, and praises Jesus effusively for it. That’s five check boxes right there that would put any marketing strategist in heat: the Asian angle, the Christian angle, the Ivy League angle, the New York angle, and finally, the one that’s probably the most powerful for a mass demographic: the fact that it’s one of the most preposterous underdog stories you’ll ever hear. 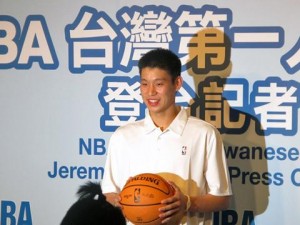 So maybe I’m just pulling harder for this guy because it’s a better story, because he’s more of an underdog than anyone else ever was. But I think it goes deeper than that: I’ve never seen any other story trigger mass hysteria and emotional investment among Asian Americans at the level of Linsanity. Suddenly every Asian American person on my Facebook feed is a Knicks fan. J-Lin victories are causes for mass social media celebrations and, when talking with friends, countless reenactments of his biggest shots. And I think pinning it down on ethnicity is a little simplistic; again, we liked Yao Ming, but we didn’t go crazy quite like this.

Ultimately, what I think it boils down to is that we all see ourselves, and our friends, in Jeremy Lin, and we’re rooting for him in the way you’d root for a childhood friend making it big. We all know a dude like Jeremy. Hell, half of us claim to know Jeremy—or at least we claim to know someone’s cousin was his ex, or classmate, or the countless permutations that gives us Two Degrees From J-Lin (which I have seen at least five different friends claim, in different settings, unprompted). It doesn’t hurt that he’s from northern California, where there are more Asians than white kids in the high schools.

It’s no secret that for a large majority of Asian Americans, their social circles are primarily filled with other Asian Americans, and with that comes a certain subculture. Some of this subculture—obsessing over SAT scores and colleges, playing videogames—is very familiar to the rest of America, and is ripe for stereotyping. Some of it is not as commonly known, unless you’re Asian American and you live in it. A huge number of us love basketball, way more than football, and play pick-up ball regularly. A large number of us go to Christian fellowships and feel very comfortable referencing God and Jesus in our daily lives, but tend not to proselytize about it (a very distinct feature of Jeremy Lin’s public Christianity). A lot of us went through an unfortunate phase in middle school or high school where we shared our every thought on Xanga and now try to desperately delete or private our old posts. Obviously, we don’t all share these interests, but I feel fairly comfortable asserting that if you grew up in a primarily Asian American community, you know a lot of people who do. 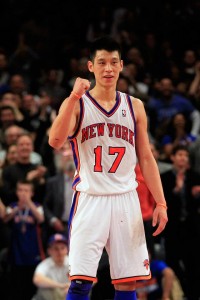 That’s why it’s such a visceral thrill to watch Jeremy Lin killing it, at the game’s highest level. This is not some freak born with uncanny skill at an obscure, specialized activity. This is a dude doing what a lot of us Asian dudes love to do (actually, with a basketball style rather typical of Asian guys playing pick-up: perimeter quickness and herky-jerky ballhandling to make up for a thin frame), and doing it writ large. He may have dropped out of nowhere on the rest of the world, but we know where he picked up his skills: out of the same love for this sport a lot of us have, out of the same pick-up games, out of the same training repetitions on backyard courts. He was fortunate enough to grow to be 6’4”; but I think most of us had the suspicion that, given how damn much Asian Americans love and play basketball, it was only a matter of time before one of us broke through. And now Jeremy has, we’re cheering him on like he’s our own brother.

The last time I rooted so hard for anything was when a couple of my closest high school friends competed as a team on MTV’s America’s Best Dance Crew. I didn’t need to justify why I loved them, although I did think they were one of the most talented crews in their season. I don’t presume to know Jeremy (although I am Two Degrees From J-Lin!), but something roughly similar is at play here with this explosive burst of Asian American fandom. We all know this dude, or someone like him, because he is a pretty pure product of our community or subculture. And it’s about time our subculture showed its stuff, its real loves and its real talents beyond the stereotypes, on a national stage.