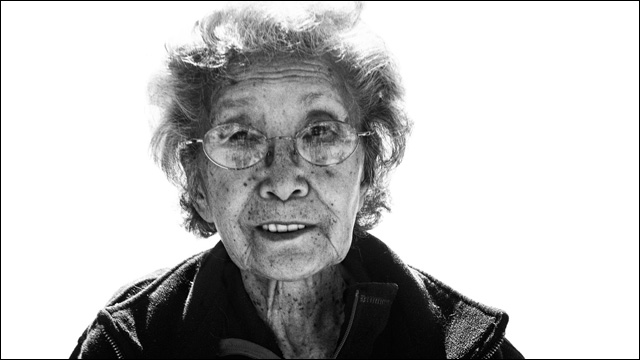 In a 1965 Life image, a petite Asian woman wearing cat-eye glasses was photographed holding Malcolm X’s head moments after he was shot. The young Asian woman was Yuri Kochiyama, who passed away recently at the age of 93.
Although Kochiyama was a long-time political activist, she had an idyllic upbringing in a largely Caucasian neighborhood of San Pedro, California. She played sports and went to Sunday school on weekends. Kochiyama also wrote a sports column for the San Pedro News-Pilot and was believed to be the first girl elected to student council at her high school. However, World War II disrupted her life when her family was sent to an internment camp. Although her father had ulcer surgery, he was denied treatment during internment and died the day after he was released.

Kochiyama went on to marry a Japanese American soldier named Bill Kochiyama, who was a part of the highly decorated 442nd Regimental Combat Team, which was almost all Japanese American. Together, they moved to Harlem, New York, where the Kochiyamas became involved in the Civil Rights Movement; their apartment was a local meeting place.

It was in 1963 when Yuri Kochiyama met Malcolm X, and although they didn’t see eye-to-eye at first, Kochiyama soon joined his Organization of Afro-American Unity when he met with atomic bomb survivors from Hiroshima and Nagasaki at her apartment. In a 1972 KPFK radio interview, Kochiyama says of Malcolm X, “He certainly changed my life. I was heading in one direction, integration, and he was going in another, total liberation, and he opened my eyes.”

Kochiyama also campaigned against Vietnam War and it was during this time that Kochiyama became a mentor for the Asian American movement, guiding many young people who asked her to lead several Asian American protests. She, along with her husband, secured reparations and government apologies for the Japanese American internment.

In the decades that followed, Kochiyama dedicated herself to the rights of political prisoners, nuclear disarmament, as well as the anti-apartheid movement in South Africa. Kochiyama will always be remembered for her work with the Civil Rights Movement and the lasting impact she made on Asian Americans and the global community.