Home EntertainmentThe Farewell: An Asian American Film for Us and By Us

The Farewell: An Asian American Film for Us and By Us 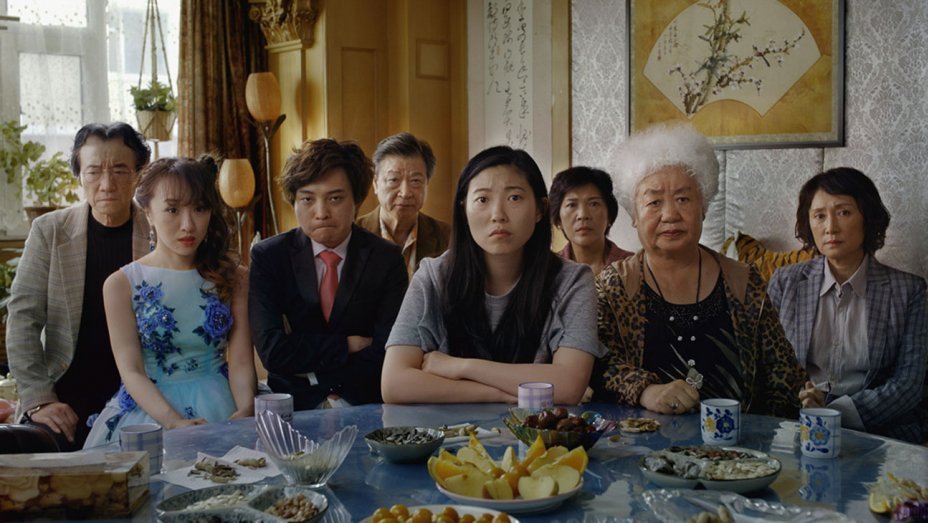 “Grace. It’s about facing cultural differences with grace,” said Lulu Wang, writer and director of “The Farewell.”  As one of the few Asian female directors in the game, Wang, inspired by her own family story, recreates the time she journeyed back to China after finding out her grandmother, Nai Nai, has cancer. The up-and-coming Hollywood star, Awkwafina, displays a gentler side of her acting skills as Billi, a Chinese American who struggles to balance her straightforward American upbringing with the family’s desire to follow common Chinese practice and lie to Nai Nai about her health. Billi and her parents, who are played by the heavily accredited Tzi Ma and Diana Lin, go back to China under the guise of a wedding to reunite the family to see Nai Nai one last time. In this tender comedy drama, Wang artfully weaves together a story packed with candid cultural complexities in an unprecedented and authentic way.

The film opens with the title in Chinese appearing on screen as the English title fades, merging at the center of the screen among a beautifully artificial mountain landscape. This beginning scene captures the crux of the narrative: the overlaying languages reflecting the dichotomous identities, set in front of an artistically beautiful but fake landscape, parallels how the lie told to Nai Nai is beautiful in its intentions to save her from grief but is ultimately still a lie. By incorporating both titles, Wang foreshadows three points of cultural conflict in the film: first, the different ways Chinese and American cultures respond to illness and grief; then, the sense of limbo within Asian American identity, and finally, the generational differences in the family.

By incorporating these conflicts in the film, Wang elevates the movie from merely having Asian representation to an Asian American film for us and by us, featuring real problems that are unique to us. In one scene, Billi’s dad reminds the family that he has an American passport, so they are American, but his brother (played by Jiang Yongbao) insists that he is Chinese no matter what it says on his passport. Wang captures the unique space that Chinese Americans fill within this scene, as they grapple with being not quite Chinese enough, but not wholly American either.

Ironically, the film itself became caught between identities. Wang ran into some trouble pitching the film, as American companies wanted to market the movie as American, thus insisting English be the language spoken and not Chinese. Chinese companies wanted to market the film as Chinese only if Billi was not American. The film, like Billi and so many other Asian Americans, finds itself resistant to the confinement of just one label.

One conflict was not enough to paint the dynamic within Wang’s family, so Wang also tackles generational tension. First-generation versus second-generation battles take center stage and seem lifted from every Asian American home. Billi, with her American sensibilities, is more in tune with her emotions, while her mom is distant when it comes to overt displays of emotion. Additionally, Diana Lin’s character and Billi’s aunt prioritize money over passion, while Billi focuses on following a career she loves. Many of us can probably share a similar account of our parents reminding us of the importance of money, yet to see almost the exact same thing on screen brings a refreshing and honest story to life.

Despite the heavy conflicts, don’t assume the film is a complete tear fest. Tenderness and humor overlap to render the story as a true comedy drama. In one scene where the family visits Yei Yei’s grave, the shot captures the profile of the family as they bow over and over again to give blessings, depicting a bunch of heads comically moving in and out of view without any rhythm or unity. The combination of both frank moments and well-timed comedic relief results in a story that is as delightful to watch as it is poignant. Comfort from the heavier aspects of the film also manifests itself in the story’s mundane familiarity. You can hear fellow Asian Americans around the world sigh in empathy seeing Billi field questions about weight and marriage over buns and wontons.

As the film comes to a close, Wang resolves the conflicts that appeared throughout the film, not with an explicit answer (because where’s the fun in that?) but through the actions of Billi trying to navigate the different perspectives in her family. Rather than coming to a conclusion about who is right and wrong, Awkwafina’s character asks questions, seeking to comprehend the other perspective despite culture or age. Wang’s “The Farewell” is less about the answers, but more about encountering contrasting cultural ideologies with, well, grace.