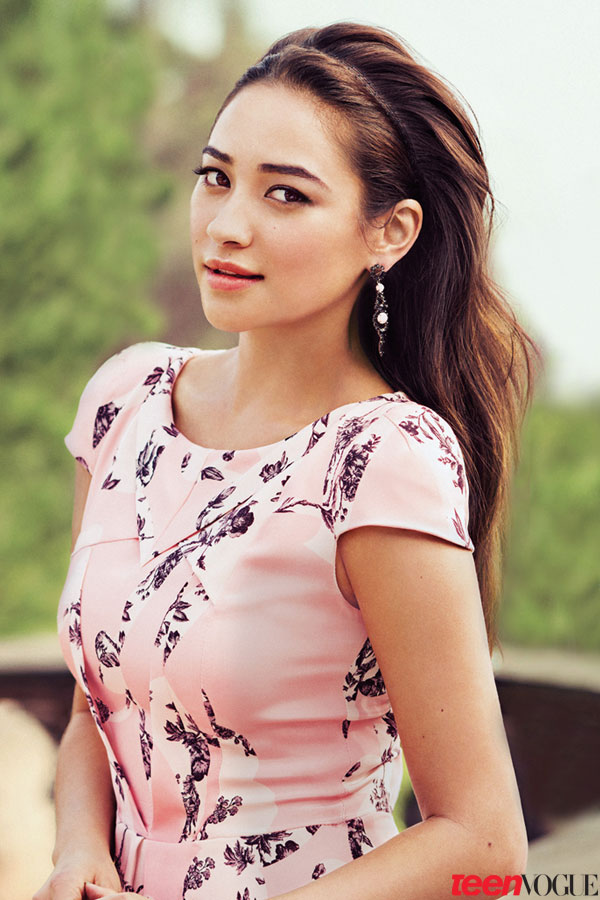 It’s a given: A quick perusal through the fashion magazine stand will lead to some sort of how-to article on how to emulate a celebrity. “How to Look like Sarah Jessica Parker” reads a recent Huffington Post headline. “Get Victoria Beckham’s cover look” reads another. As Asian Americans, it’s hard to look beyond the gloss and try to replicate a celebrity look without the same features. But maybe we shouldn’t focus too much on what we can do to look like someone else and start looking within ourselves. In a Teen Vogue interview, Shay Mitchell, who plays Emily in ABC’s “Pretty Little Liars,” says that people should “embrace what they were born with.” Mitchell, who’s part Filipino and Caucasian, grew up in a small Canadian town, where most people had blonde hair and blue eyes. Like most high schoolers, Mitchell wanted to fit in, so she would wear colored contacts, straighten her hair daily, and avoid tanning.
Since then, Mitchell has learned to embrace her unique features, which has helped her character in the show who struggles with self acceptance. In “Pretty Little Liars,” Mitchell plays Emily Fields, a star athlete who recently came out to her friends and family. While Emily Fields may not “look” like your typical high school sweetheart, Mitchell rebuffs and says, “Who’s to say that I’m not the girl next door?”

It’s really comforting to see someone who has gained so much success in Hollywood shy away from the predominant standard of beauty and make her own mark. When fans come up to her and tell her how much they want to look like her, she tells them, “You want to look like you, because you’re unique and beautiful.” She adds, “You were made like that for a reason. It’s tough being a girl. I think we need all the support we can get.”

I hope that girls, not only those of Asian descent, will live by Shay’s words and look and feel their best self. Catch Mitchell in a new season of “Pretty Little Liars” on ABC Family on Tuesday, June 11.