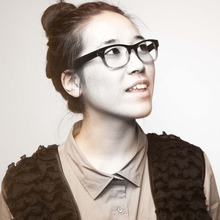 If you didn’t already know, May happens to be Asian American Heritage Month. In honor of celebrating our culture and people, we’ve got our eye on Korean American Leslie Kwon’s latest project, ,” a fictional movie that documents the story of two strangers who meet each other when they decide to get rid of old furniture. A relationship develops between the two characters over the most mundane task, but the interesting part of the film is that it broadens the conceptions Asian American identity for women. Kwon created the film in partnership with Cafe Vita, alongside art director Cindy Ho (from The American Reader), and costume designer Tess Kim (Tess Money). The main character is played by Japanese Australian actress, Siho Ellsmore.
To help raise awareness and further fundraising for the film, visit this Kickstarter page.