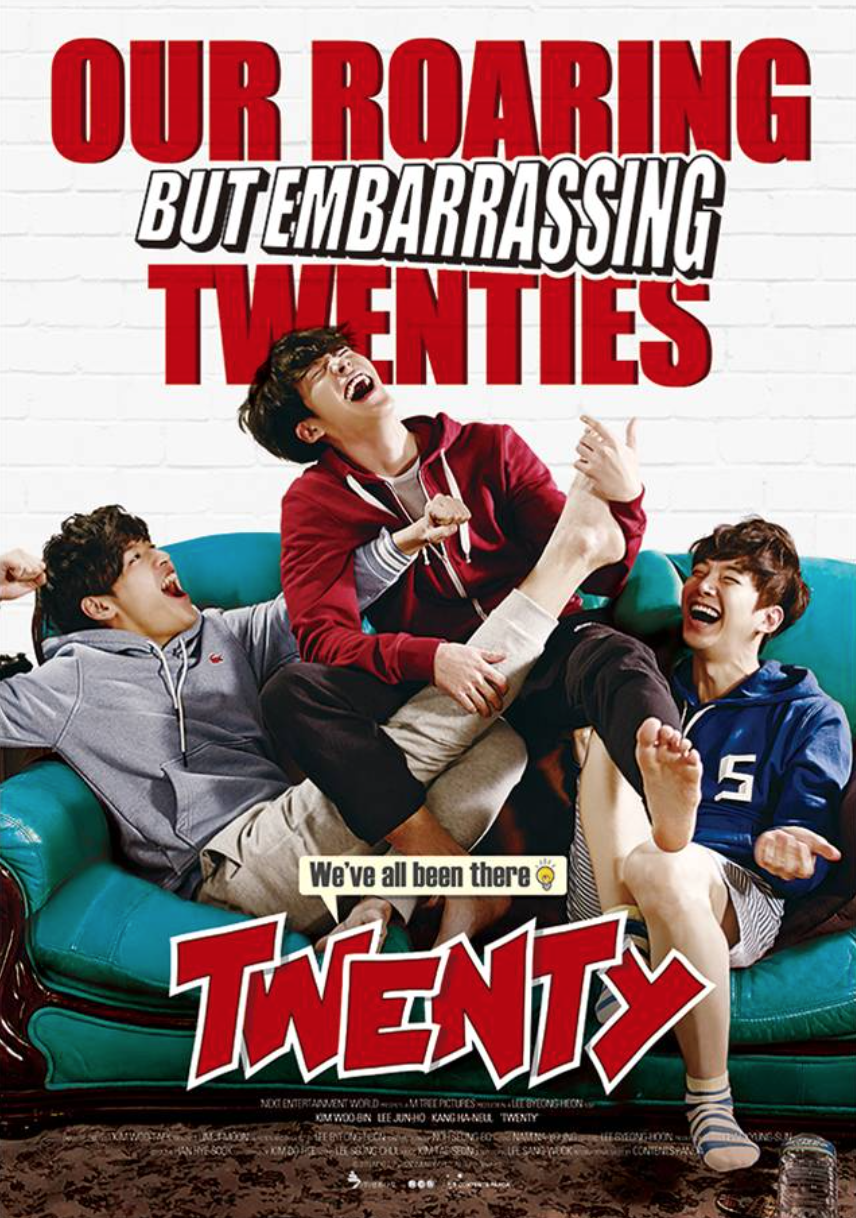 Remember your roaring twenties? (Maybe not, if you’re still in your teens.) It’s an age of exploring unknowns and making embarrassing mistakes.
Written and directed by Lee Byong-heon, “Twenty” is a South Korean coming-of-age comedy about three guys dealing with college, friendship and romance. The movie, released by CJ Entertainment, was an instant box-office hit in Korea, and is now playing in select cities in the U.S.

Now let’s talk about the cast: Kim Woo-bin and Kang Ha-neul, who both rose to fame in the popular Korean drama “Heirs,” play best friends Chi-ho and Kyeong-jae in the movie. Chi-ho (Kim), the playboy who lives comfortably doing nothing all day (except sleeping with girls), is juxtaposed with Kyeong-jae (Kang), the slightly nerdy, nice guy. The third protagonist of the trio is Dong-woo (played by Lee Jun-ho from Korean boyband 2PM), an aspiring cartoonist who is torn between chasing his dream and becoming the breadwinner of his family. All three experience love as their story arcs ultimately intertwine.

While the Hallyu star lineup definitely helps, the humorous dialogue coupled with occasional “WTF” moments are attention getters. I sat down expecting to see Kim Woo-bin revive his chaebol bad boy image from his “Heirs” days and was pleasantly surprised by his comedic performance—shamelessly two-timing girls and prancing around begging his parents for allowance—at times exaggerated but fitting for his role. Despite the craziness, we can relate to the feeling of uncertainly the three characters feel as we look back on (or look forward to) our own passageways tto adulthood. My favorite part of the movie was an early scene in which the three come to a crossroad and must choose which path they each take (no spoilers!) or in Chi-ho’s case, refuse to choose.

“Twenty” isn’t a movie about overcoming obstacles and finding the perfect path. That’s cliché. Whether the characters have matured at all in the end is up for debate. What’s certain is the movie resonates because it feels real—because we’ve all been there. So grab your friends, sit back, and laugh along for the ride.