Home Entertainment“Raya and the Last Dragon”: A Portrait of Trust, Unity and Southeast Asian Culture

“Raya and the Last Dragon”: A Portrait of Trust, Unity and Southeast Asian Culture 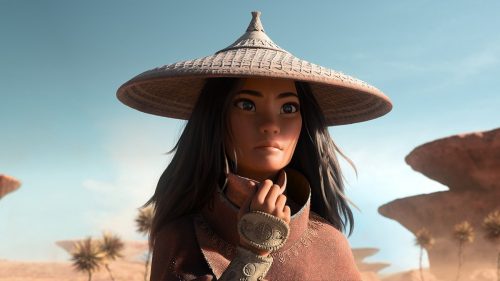 Growing up as a Filipina American, I didn’t see many characters in movies or books with my tan skin and wider nose. For Halloween and any other occasion that called for a costume, I dressed up as Mulan until I couldn’t fit in that costume anymore. The following years, I wore out my Princess Jasmine costume, which resulted in tears being shed every time my mom told me to put a sweater over it. Mulan and Jasmine were not Filipina, nor were they Southeast Asian, but they were the closest characters I could relate to — until I met Disney’s new princess Raya in “Raya and the Last Dragon.”

“Raya and the Last Dragon” is about the once-united land of Kumandra, where humans and dragons once lived in harmony. When monsters known as Druun plagued the land, the dragons sacrificed themselves to save Kumandra. Five hundred years later, the people of Kumandra are divided into five regions, and the Druun are back. It is up to Raya to find the last dragon and defeat the Druun to save humankind. It’s funny, action-packed and emotional all at once, with characters voiced by favorites like Gemma Chan, Sandra Oh, and Awkwafina, and Kelly Marie Tran as our new Disney Princess Raya.

The most obvious personal connection to the movie — and what made the greatest impact — is the outward appearance of the characters. Background characters and main characters had traits like darker skin, wide noses and a variety of body types. With both American and Asian media often favoring Asians with fair skin and tiny noses, I’ve felt less than beautiful in these cultures. Seeing a Disney heroine with facial features like mine was empowering.

The film’s reflection of my cultural identity also gave me a sense of pride that I didn’t know I longed for until I saw it on the screen. “Raya and the Last Dragon” exhibits many aspects of Southeast Asia, such as the soundtrack, costuming and even fighting styles like Eskrima (a Filipino martial art using sticks). We also see social elements of Southeast Asian culture. Amidst the regional division, characters shared meals and gave gifts as gestures of setting aside differences and coming together, whether it be between friends, strangers or even enemies. The nostalgia of Filipino potlucks in my family and community came to mind, and gift giving in the film had a comforting resemblance to pasalubong, the Filipino tradition of delivering gifts when visiting old and new friends.

Beyond the cultural experience, I also valued the film’s undertone of female empowerment, a concept not often aligned with Southeast Asia’s traditionally patriarchal ideals. The main cast is dominated by strong women characters, and women also hold supporting roles as generals and warriors. This was personally empowering, as I still experience remnants of patriarchal tradition within my own family. On a few occasions, my elders have applauded me more for my caretaking abilities than for my academic accomplishments. In the Disney movie “Mulan,” Mulan is one of a few female characters, and she is known for disrupting patriarchal tradition in her country. In “Raya and the Last Dragon,” we have multiple examples of strong women, like Raya, Namaari and Chief Virana. However, none of these women are especially disrupting any patriarchal structures within the nations of Kumandra. The film shows us a society where it’s a given that women are equal to men, whether they are villagers, warriors or leaders.

Something else I appreciated about this film was how no character was truly villainous. We have two strong opposing forces, represented by Raya and Namaari; however, the film explores the complexities of each side as we see the humanity in Namaari, as well the faults, like lack of trust, exhibited by Raya. But the two are more alike than they both realize. They both love dragons; they are strong warriors; and they have vulnerabilities caused by the division between the nations of Kumandra. Throughout the film, conflict and tension between nations, specifically between Raya and Namaari, allow the Druun to terrorize humanity and almost end it entirely. But Raya takes a risk to demonstrate trust, in spite of her friends still being skeptical of Namaari’s character.

Raya’s relinquishment of power to someone who betrayed her is strategic in teaching the audience about trust. For American viewers in particular, 2020 — and now 2021 — has been filled with so much division. With anti-Asian hate crimes rising over the last year in response to COVID-19, the concept of trust, although difficult to perform, is timely. We are often blinded by our own anger and rage and are unable to recognize larger issues. We should hold authorities and attackers responsible for their actions or lack thereof. Hate should not be tolerated; however, this is not the time to compare tragedies, point fingers and further divide communities that have all suffered from racism and xenophobia in this country. Raya shows us what it looks like when we lack trust, as well as what can happen when we learn to trust each other. The unification of our communities, much like the reunion of Kumandra, can create a stronger force against the evil we face.

Southeast Asian identity aside, I would recommend “Raya and the Last Dragon” to anyone. Its timely lessons about hope, unity and trust encouraged me to reflect on my own willingness to trust others right now. In the real world, as well as in the divided mythical land of Kumandra, we fight and fight and fight, but this film reminded me that learning to trust can help us come together again.

“Raya and the Last Dragon” released by Disney, is available now in theaters and on Disney+ Premier Access. 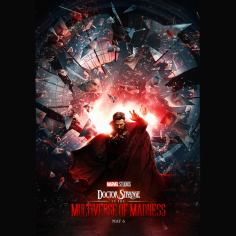 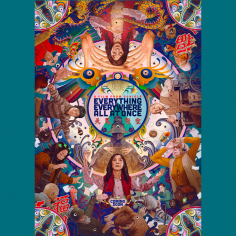 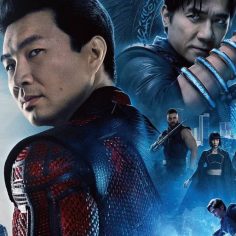