Home Arts & CultureJunie Kim Finds Herself in a Cross-Generational Tale

Junie Kim Finds Herself in a Cross-Generational Tale 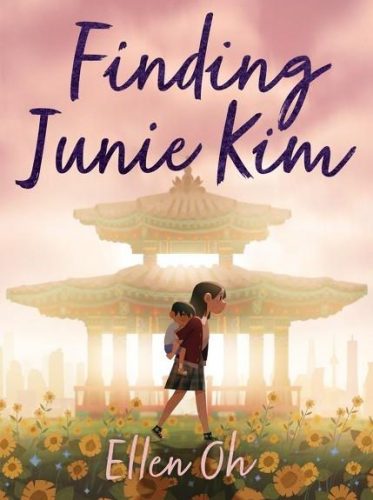 In “Finding Junie Kim,” Ellen Oh ties together family history and contemporary events. The middle grade novel follows Korean American 12-year-old Junie Kim who faces depression and discrimination. Even with supportive parents, Junie struggles to deal with those challenges and feel comfortable at her middle school in suburban Maryland.

One day, racist graffiti appears at Junie’s school, and her friends decide to speak out. However, Junie herself is doubtful of the impact that they can make. She wonders whether pushing back will make the hateful acts worse and doesn’t see the point: “I’m not being negative; I’m being realistic. Nothing we do is ever going to change their minds, so why even bother?” Her cynical attitude results in a rift between her and her friends.

In addition to friendship troubles, Junie faces bullying at school. On the school bus, Stu Papadopolis calls her Kim Jong Un and tells her to go back to “[her] own Communist country” — the same kind of taunts that some kids (and adults) have been echoing since the 2016 election. As one of the few Korean American kids at her school, Junie doesn’t feel that she can stand up to the bullies. She feels hopeless.

After an episode when Junie considers overdosing on pills, her parents take her to a therapist. Following the therapist’s suggestion, Junie begins talking to her parents more. Due to her job at the Department of Justice, Junie’s mom is busy and takes Junie to her grandparents’ house one day. Though Junie is initially reticent, her grandpa starts a dialogue with her.

He begins recounting his childhood in 1950s Korea as Doha, the child of a doctor in rural Seosan. Paranoia tears his village apart: Villagers, including friends, accuse each other of being Communist or Communist sympathizers. Doha watches his friend Gunwoo turn against their other friend, Sunjin, after Gunwoo’s father was murdered by North Korean soldiers. Sunjin and his mother are accused of being collaborators. Her grandpa’s stories of being a child during the Korean War moves Junie to reconsider what she had known about her family history, and motivates her to record his story on video before it’s too late.

Although they are set in the past, these stories renew a sense of urgency in Junie. She joins her friends in collecting stories from minority students “to open people’s eyes and maybe even change their thinking.” They take on the Diversity Project to make issues like racism, sexism and homophobia known at their school. Junie even tells her grandpa about the racist incidents.

When she asks him about chama, the endurance of pain and hardships, he tells her, “Never apologize for showing your feelings. That is not something my generation of Koreans is good at doing.” This is one of the last messages he tells her before he passes away, which makes the recording of his stories even more significant and valuable.

To keep her grandma company while she mourns, Junie shows her the video of the interview and asks her how she and her grandpa came to America together after their arranged marriage. Junie also asks to record her grandma’s story, which is a different but equally harrowing perspective of growing up during the Korean War.

Her grandma, Jinjoo, is the second-eldest of four siblings. She and her sister Eunjoo help raise their younger siblings Junha and Junsoo. During wartime, there is too little food to feed everyone, between poverty and the North Korean army raiding civilians’ pantries. Junie’s grandma tells her about the creative survival strategies and pure grit that got them through the war, like managing to feed a family of six with rations of rice, barley and beans.

Like Doha, Jinjoo also witnesses the terror of paranoia and a country torn apart by ideology. In spite of constant danger during war, Jinjoo loves her family fiercely and steps up to lead her siblings to find their parents after they are separated. Hearing her grandparents’ stories of surviving chaotic and painful childhoods activates Junie. She becomes energized to respond to the discrimination happening at school. Drawing on her skills, she compiles the video that will be shown at a school assembly about diversity. The cynical Junie at the beginning of the story is transformed and empowered.

Junie’s challenges are not unique. During the Trump era, middle and high school students encountered classmates who wore MAGA hats or emulated hate crimes. Authors like Ellen Oh draw on their own family history to write books for young readers that speak to the reality of going to school in a divisive and unwelcoming climate.

While “Finding Junie Kim” is contemporary, it is also a vehicle for Oh to explore and tell her own family’s real life story of surviving the Korean War. At a time when AAPI elders are most vulnerable, this book draws attention to the value of recording their memories. Oh dedicates her book to the survivors of the Korean War, also known as the Forgotten War. Keeping our elders’ stories alive is a way of taking ownership of history — and it gives us the tools to face the challenges of discrimination today. 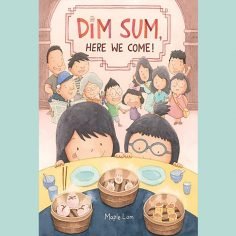 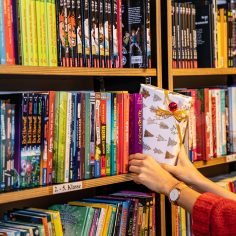