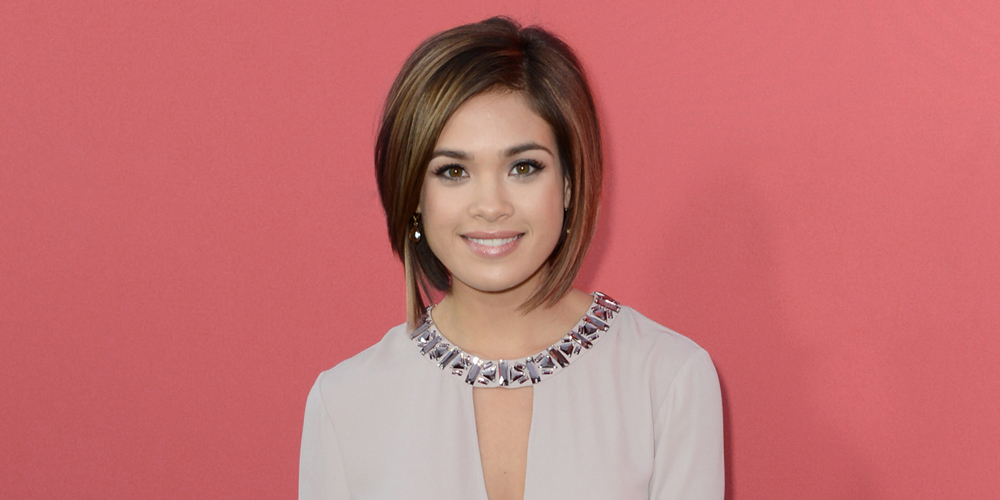 Getting involved with a spin-off to ABC Family’s wildly successful “Pretty Little Liars” is nothing short of intimidating. There are fans to please and ratings to meet—all the while bringing something new to an existing franchise that was popularized by actors Lucy Hale, Ashley Benson, Troian Bellisario, and Shay Mitchell.

But Nicole Anderson, the half-Filipino star of “Ravenswood,” is enthusiastically taking that to task. And if the show’s reception is any indication of her efforts, she’s been doing a fantastic job: 2.1 million viewers tuned in to the first episode earlier this fall, making “Ravenswood” the network’s top premiere of the year. 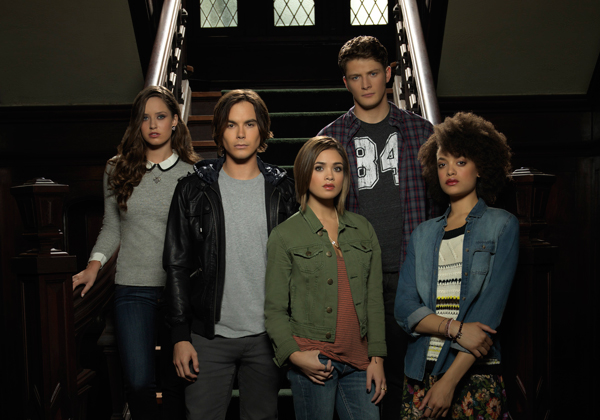 The show is based in a fictional town next to Rosewood, where the nation’s favorite teen liars reside. “It has a total supernatural twist to it that ‘Pretty Little Liars’ doesn’t have,” Anderson explains, noting that the residents of Ravenswood have a lot more to worry about than texts from A, the mystery puppet master behind “Pretty Little Liars.” “Even though there’s terror lurking around every other corner like ‘PLL,’ we have ghosts and curses and demons. It’s a much darker show.”

In fact, Anderson’s character Miranda Collins, who first appeared on “Pretty Little Liars” in a special Halloween episode, is actually a ghost. “My immediate reaction was, ‘Wait a second, does she have to wear the same outfit the entire show?’” Anderson laughs. “I was taken by surprise, and I was really excited to see where they could take that storyline.”

While Collins was portrayed as a confident, witty girl in the “Pretty Little Liars” Halloween special, her character on “Ravenswood” explores relationships and emotions that are more relatable to the show’s audience. “She’s a bit more mousey and scared and unsure of herself,” Anderson says. Collins struggles with being a ghost and developing feelings for Caleb Rivers, played by former “Pretty Little Liars” star Tyler Blackburn.

“At the end of the day, I think that even though Miranda is a ghost, she’s still a normal 17-year-old girl at heart. I can admit that I’ve had my own share of drama to draw from,” Anderson says of the forming love triangle involving Collins, Rivers, and Hanna Marin, Ashley Benson’s character. “I think every teenage girl goes through similar [situations] to varying degrees.” 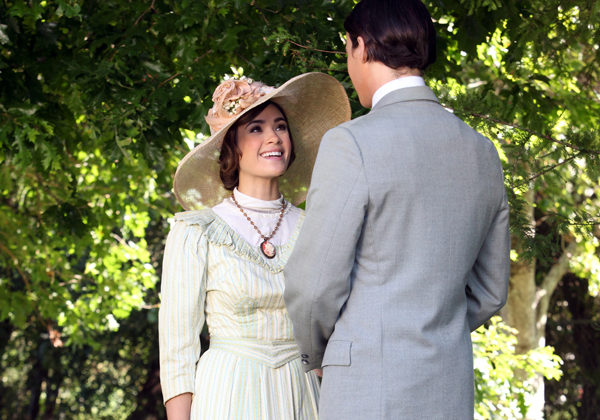 As for their relationship off the screen, Anderson had nothing but praises for the “Pretty Little Liars” cast, who she got to know during her guest appearance. But guest starring on “PLL” meant more than making friends. It also included getting advice from the cast before heading to “Ravenswood.” At the top of the list is one crucial piece from Lucy Hale: “Catch up on sleep when [you] can.”

Anderson is by no means a new kid on the entertainment block. Before this supernatural drama, she flexed her comedy chops in Disney’s “Jonas,” starring the Jonas Brothers, as well as gymnastics skills in ABC Family’s “Make It or Break It,” where she played mean girl Kelly Parker. She hopes to stay in television for a while but eventually return to comedy before transitioning to film, much like her inspirations, Kristen Wiig and Reese Witherspoon.

For now, Anderson is more than thrilled to be advancing a hugely popular franchise. “This entire adventure of getting to know the cast and being part of this family has been a huge blessing,” Anderson says. “I’ve had the time of my life working on Miranda, and I’m really grateful that I get to play this character.”

“Little America”: The Series We Need for Our Anti-Immigrant Times

Comedian David So on Starring in His First Film, “Gook”