Home Entertainment“Pachinko” Rewards Those Who Wait 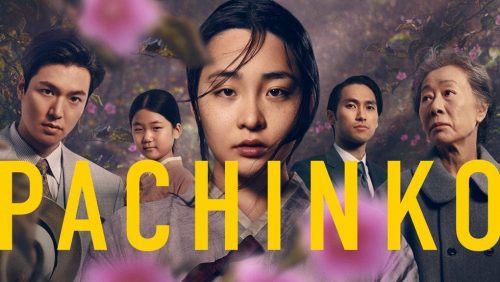 After much anticipation, the Apple TV+ drama series “Pachinko” premiered its first three of eight episodes on March 25. Based on the bestselling novel “Pachinko” by Min Jin Lee, this high-budget production follows one Korean family through multiple generations, starting from Japanese-occupied Korea in the early 1900s through the late 1980s in the U.S. and Japan.

The story centers around Sunja, a young Korean woman from an impoverished family, and her struggle to fight for a better life in Japanese-occupied Korea, and then in Japan where the bulk of the story unfolds. Through the lives of four generations, we see themes of sacrifice, shame, and the tight grip of family trauma — set among the discrimination and cultural tensions between the Koreans and Japanese.

Told mostly in either Korean or Japanese with some English, this is the first major U.S. series that does not cater to the American audience. They expect us to be savvy enough to read subtitles that clearly delineate whether the dialogue was in Korean or Japanese.

The petty part of me who has been “ching-chang-chonged” one too many times particularly enjoys this feature of “Pachinko.” What a joy it is to hear Korean and Japanese spoken by native speakers without having to worry about accented English (which has been positioned as a weakness but really is a badge of honor). Even more exciting: the show is practically an all Asian cast. (I will not comment about the fact that even in this day and age, the presence of so many Asians in an American show is unexpected.)

And so, as it is with all Asian American projects, “Pachinko” is burdened with the weight of the hopes and thwarted ambitions of our AAPI communities — as well as having to live up to the expectations of its successful literary predecessor.

Thus, it is with great regret that I say “Pachinko” is hard to get into.

I really wanted to love “Pachinko,” except it’s one of those situations where you know you’re supposed to like something but just don’t for some reason. Though the pacing properly sets the mood and tension of Japanese-occupied, pre-World War II Korea, it is too slow-moving for my taste (though I appreciate wanting to let art breathe). Also, the subject matter, though accurately portrayed and most likely toned down for audiences, is too triggering for me as a person of Taiwanese/Chinese descent.

I want to apologize in advance — as if I’ve let down the entire Asian American community. Part of me feels as if I failed some Asian litmus test.

The entire time I watched, I knew I should be paying better attention and that this series was “very important.” Except, friends — I just couldn’t hack it.

Is it skillfully made? Yes. Will it reward those who enjoy a slow burn? I think so. Does it draw you in and make you curious? Absolutely.

The first episode is wonderfully nuanced. From the quiet seething and fear of the Korean people during Japanese occupation to the condescending anti-Asian racism of 1989 Wall Street, executive producer and writer Soo Hugh’s script tells just enough. The actors — particularly Minha Kim (young Sunja), In-ji Jeong (Yangjin) — show so much through just their eyes and body language alone.

Since I did not read the book, I cannot comment as to whether the series is faithful to the original — or even if it’s better. However, I can say that one gets the sense that “Pachinko,” perhaps like the novel, is like much of Asian culture: so much of what is truly important goes unsaid. Love, joy, and pain are assumed and not addressed; trauma is buried under the need for survival, and so much is lost due to the passing of previous generations.

However — if you’ve gotten used to the 60-second whorl of TikTok and Instagram reels, “Pachinko” will be infuriating. Again, not because of the quality which is evident in every single shot; it is this high quality that makes me loathe to admit that it’s not for me.

I’ll be the first to acknowledge the dwindling attention span of my middle age. I swear I used to be able to sit and watch a sweeping three-hour epic in one sitting without feeling every minute ticking by.

Trust me when I say I felt every single minute of this 54-minute premiere.

“Pachinko” is Perfect For Folks Who Adore Sweeping, Multi-generational Historicals

I will fully cop to the fact that despite being incredibly well-crafted and acted, this series does not appear to be my cup of tea. For folks who love epic, nuanced historical dramas that take the time to set a mood with understated direction instead of flashiness, they will most likely love “Pachinko” and accuse me of being uncultured and lacking taste. (I’m okay and agree with that assessment.)

I understand that my experience of “Pachinko” is not representative of everyone who chooses to watch it. In particular, it is important to note that parts are very difficult for me as a Taiwanese/Chinese American to watch. As someone whose people were also occupied by the Japanese, the scenes depicting Japanese officers blatantly oppressing the Korean citizens reminds me of all the truly horrifying treatment experienced by Korea and many Asian countries.

It is complicated for me to navigate since my husband and children are also of Japanese descent. “Pachinko” does not pull punches, and it is my understanding that the storyline only gets harder to watch.

To be clear — at least in the first episode — there is no blatant on-screen violence. It is the mounting dread and fear that slowly but surely ramps up as your body prepares for the other shoe to drop. To effectively communicate the terror and fury of Korean citizens without resorting to graphic violence or overt, racially charged language takes great skill and sensitivity.

It is absolutely vital for oppressed people to tell their stories — pain and trauma included. This is especially true when many international audiences do not know about how the Japanese military forced girls and women into sexual slavery in Korea as well as other Asian countries.

“Pachinko” is a necessary story that is well executed and mindful of (but not catering to) its American audience. If you’re not put off by protracted pacing, reading subtitles, or nonlinear storytelling, “Pachinko” will be a great addition to your to-watch list.

“Pachinko” is out on Apple TV+ on March 25, 2022. Check out the trailer and follow the hashtag at #Pachinko on socials and @AppleTVPlus.