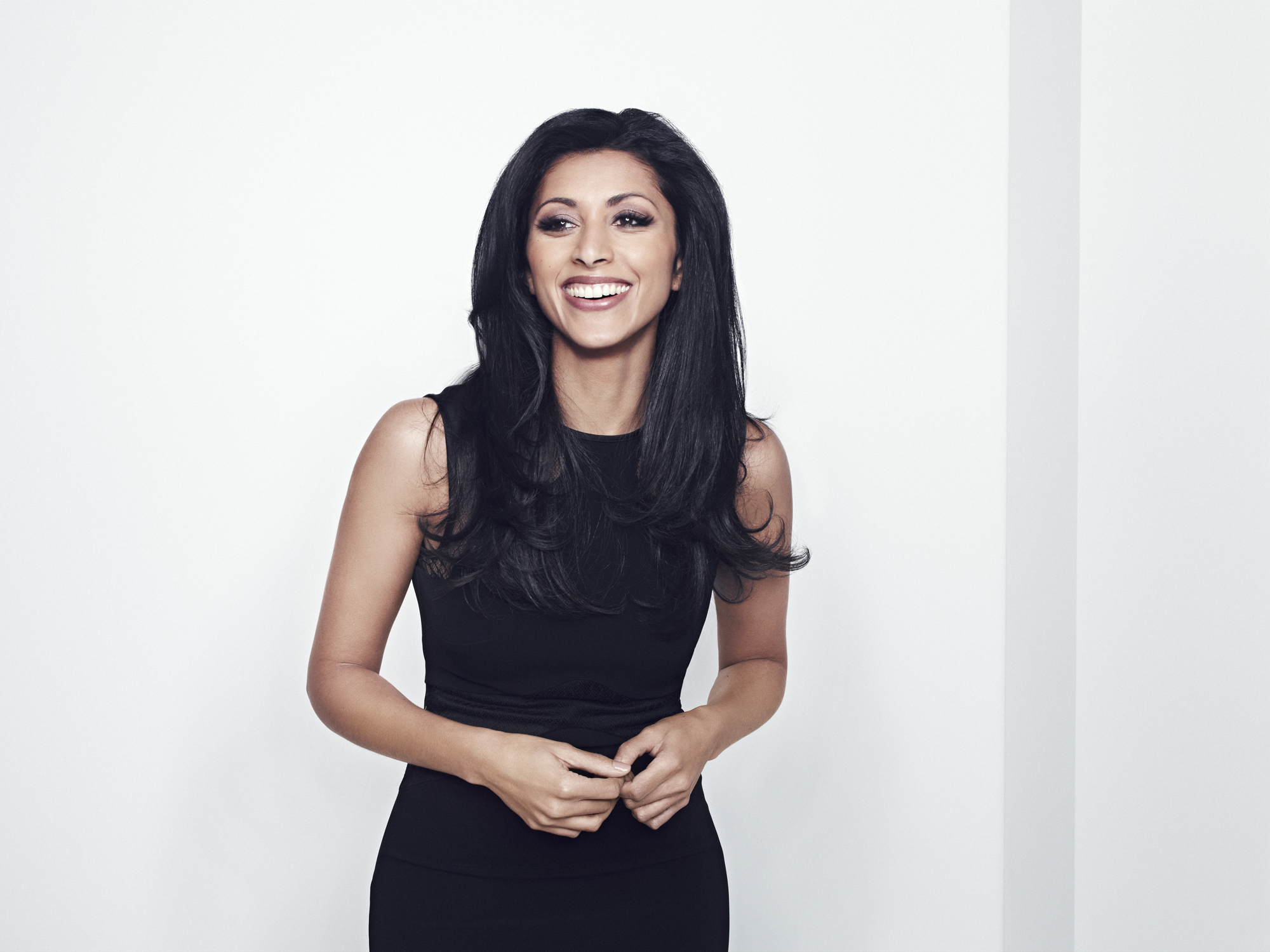 There are so many reasons we love British actress Reshma Shetty, but we can easily identify the main one: she’s a core character on USA Network’s hit TV show “Royal Pains.” Her character Divya Katdare, a doctor’s physician assistant, is both sharp and empathetic as she struggles with balancing a career and social life—particularly as she enters new territory as a mother.

While Shetty may not have a kid in real life—“Can’t talk to you much about that!” she laughs—both her parents are doctors, so she does know a fair bit on that front. In fact, she started out studying pre-med. While she admits that she’s a “typical South Asian” and chose this area of study because her parents had suggested it when she didn’t have other ideas, she’s loathe to succumb to stereotypes.

“I really don’t like when people go ‘Oh, those Indian parents,’ she points out. “Every parent wants their kid to have something that’s safe and gives them money, keeps them grounded.” Like many other parents, hers wanted their daughter to be well rounded, introducing her to the piano, classical guitar, and violin. And perhaps Shetty’s fans have them to thank; she says that her love of the arts manifested during those early experiences: “They satiated my taste for something different, and put my imagination to work.” 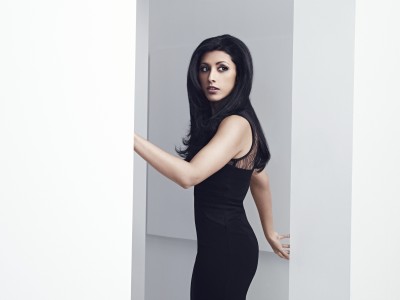 But the big switch came after Shetty participated in a few state singing competitions in college. Never one to opt for the easy path, she decided to major in a less expected branch of entertainment: opera singing. “I always felt that I was drawn to opera because of the acting on stage. But there were no faces like me on TV, nothing for me to aspire to,” she says. The glass ceiling in entertainment was ever present, and she knew it—not to mention, opera doesn’t directly lead to mainstream entertainment opportunities that other areas, like theater, might.

Still, Shetty notes that it was actually the more comfortable choice for her. She explains, “Opera is a bit more scholastic-oriented—having to know all the languages—and is a little more respected, in a way, in the Asian culture.”

In 2006, after touring across the country singing for the musical “Bombay Dreams,” Shetty landed another influential role, starring in an independent movie as a lesbian Pakistani rebel. “I’d never done any on-camera acting and I really got a shock of pleasure from it all,” she says. “It’s very different from singing; very visual and communicative in a very personal way.”

Having caught the commercial acting bug, Shetty auditioned for “Royal Pains” during some time off—and has been its star for the last seven years. And one of the reasons she loves being part of the production is the sincere way in which it engages with ethnic diversity.

“They honestly don’t fear a different culture. My character isn’t there because she’s Indian, she’s a character who happens to be Indian and the show’s writers draw from it,” she says. Case in point: In the opening scene for season 6, the audience is invited to participate in a puja ceremony, a traditional Hindu prayer ritual to spiritually celebrate important events, like the birth of Divya Katdare’s new baby girl.

Unsurprisingly, Shetty fully embraces her ethnicity and makes the most out of it. “You don’t have to mold yourself to anything, become cookie-cutter,” Shetty says. “Find a way to emblazon your stamp, goal, or whatever you want to call it, on the world.” Of course, in some ways, she’s still like everyone else. “Most days I want to be in sweatpants and Uggs,” she says. “That’s my go-to.” Yet another reason we’re some of her biggest fans.

Follow Reshma Shetty on Twitter, or catch her on the latest season of Royal Pains on USA Network.